A PERFRCT WEEKEND FOR JACK SMITH 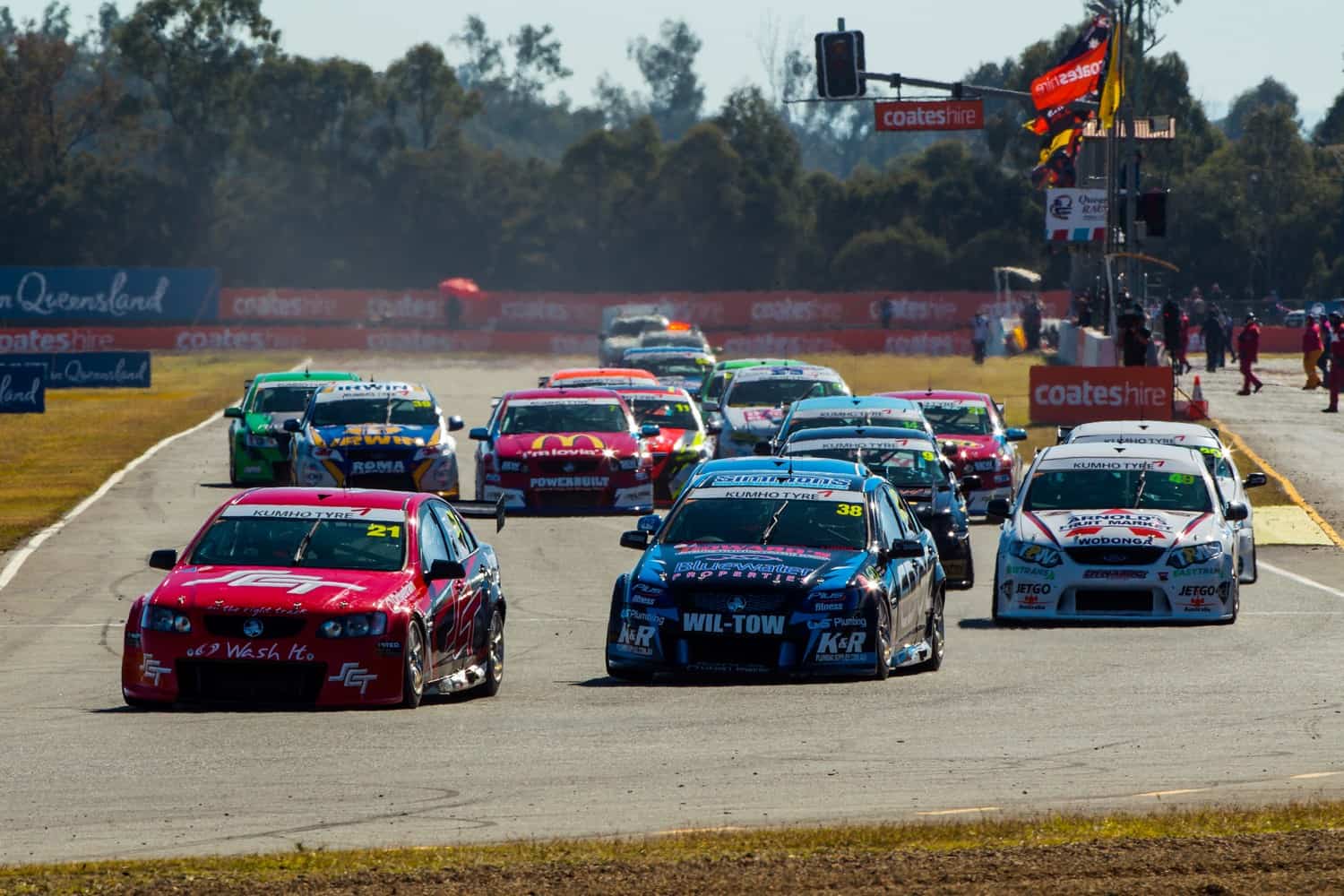 The SCT Logistics Brad Jones Racing driver completed his perfect weekend in style on Sunday at the Ipswich circuit winning race two by leading from the front before chasing down early leader Anton De Pasquale in the longer finale.

The Paul Morris Motorsports driver had made the best start from the outside of the front row but Smith hunted down the leader for the first 12 laps before pouncing on the thirteenth with a superbly judged move at turn three.

He was never headed from there edging away to complete his sweep and extend his championship lead in the process.

â€œIve never had a clean sweep before so its a great feeling Smith said.

â€œThe car was great but it wasnt easy with competition from Anton and Tyler all weekend. We had to fight for it but it worked out well.

â€œThanks to SCT Logistics and Brad Jones Racing for the weekend because its been really good.

Smith now enjoys a 99-point championship lead heading into the final two rounds of the 2017 season.

â€œI was leading by 30 points coming into the weekend so its great to have a bigger lead he said.

â€œBut theres still a long way to go with two rounds left and a lot of racing so were not talking championship yet.

DePasquale completed his superb comeback from his qualifying relegation to the back of the field racing from third to second in race two on Sunday morning before his impressive performance in race three saw him lead a majority of the race. 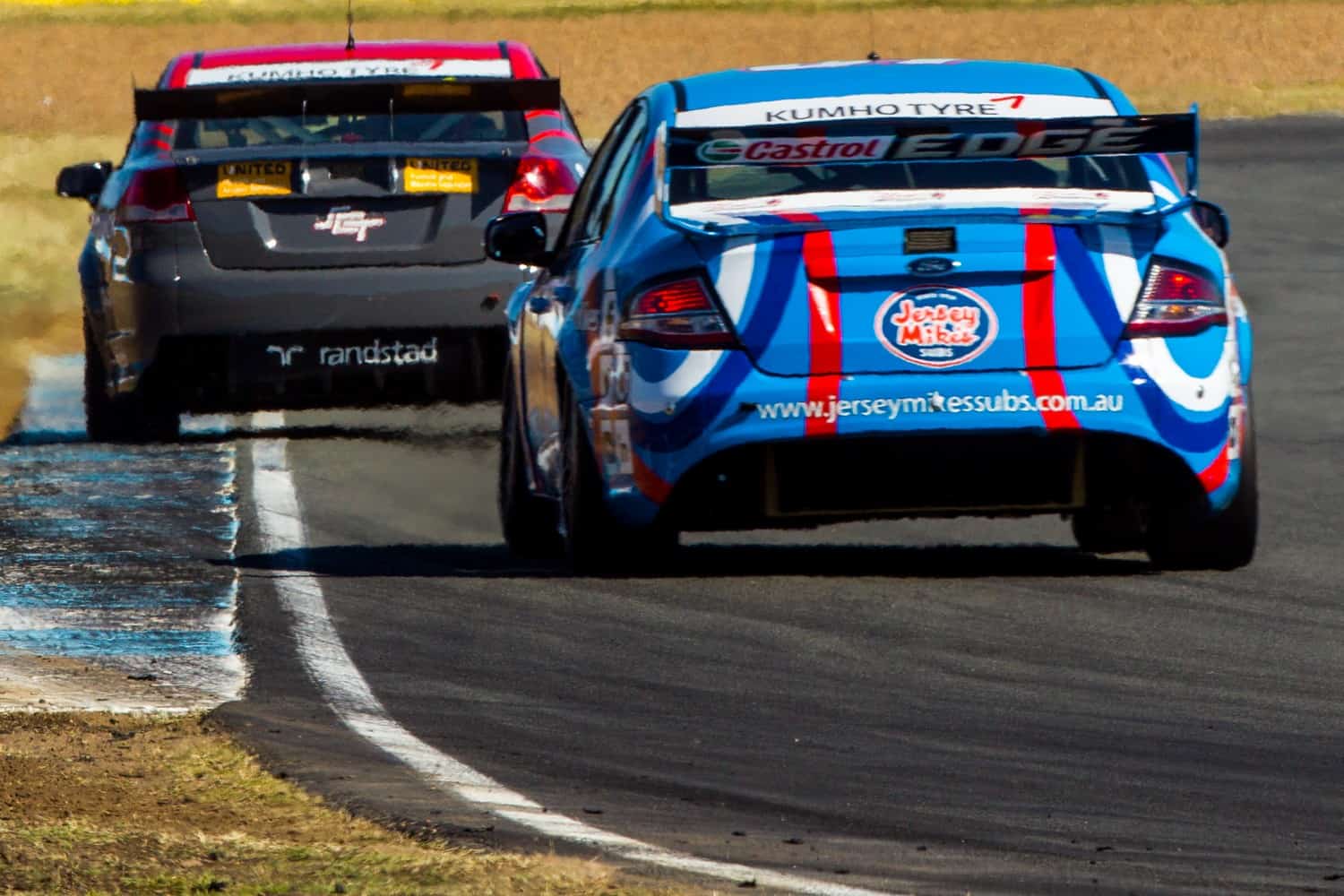 His finishes of third-second-second netted him second overall for the weekend on debut in the Jersey Mikes Subs Falcon from Paul Morris Motorsport.

Tyler Greenbury finally enjoyed a consistent weekend in his Edge Designer Homes Eggleston Motorsport Commodore though wasnt quite able to challenge the two Super2 Series regulars at the front of the field.

After two rounds of searing speed but bad luck a trio of third places and third for the round will undoubtedly be pleasing for the Brisbane driver on home turf.

Michael Anderson continued his strong season with a win in the Kumho Cup class while Bradley Neill won the Heritage Class.

Thomas Randle finished fourth overall on his Kumho Series debut grabbing fifth in race two before improving one position further in the finale.

He took advantage of contact between Aaron Seton and Jordon Boys at turn three in the final race Boys spinning out of contention and allowing Randle to grab a strong fourth outright in his Skye Sands Falcon.

Smith had to endure a litany of mechanical dramas on his Falcon throughout Sunday but preserved to finish in sixth place in both races despite his car requiring an engine change in the process.

The two racy performances today despite the dramas have seen him improve his championship position too.

Aaron Seton finished eighth overall though finished with damage to the left front corner of his car after early contact in race three.

Michael Caine and Jon McCorkindale completed the top-10 for the weekend the latter bouncing back from engine failure on Saturday to secure two solid finishes in Sundays races.

Jack Smith takes a 99-point lead over Jordon Boys into the series return to Phillip Island this Setember while Tyler Greenbury has moved to third overall just 40 points behind the Image Racing Falcon.

Michael Anderson and Josh Smith complete the top five in the championship standings.

The next round of the Kumho Series will see the field return to Phillip Island with the Shannons Nationals.