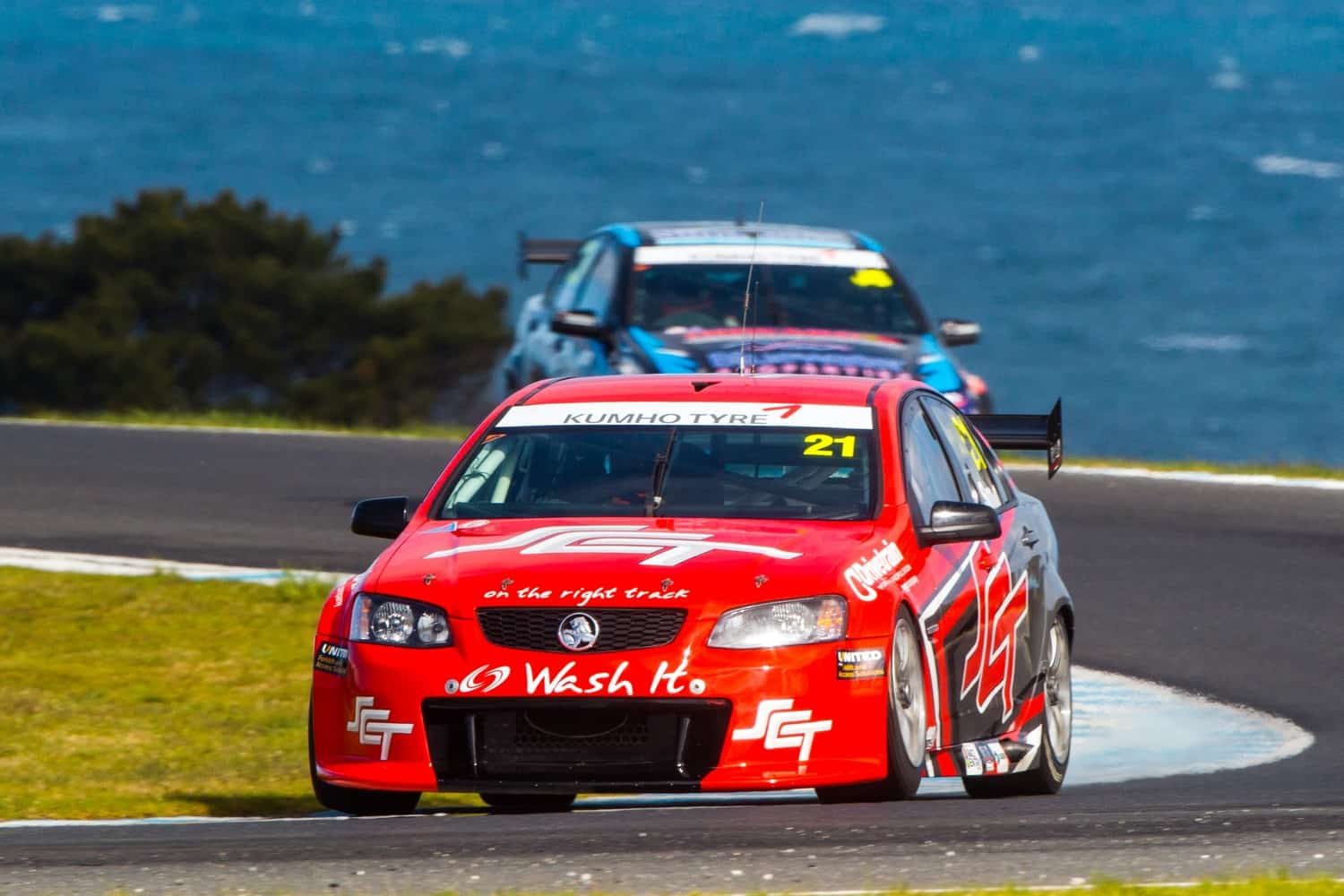 Championship leader Jack Smith topped the charts across three sessions contested each with different weather and track conditions to deal with.

PHOTO GALLERY >> Check out the shots from today here.

Intermittent showers across the whole day – and a heavy shower during practice two made things tough for the Kumho series contenders today.

Smith punched out a 1m33.71s lap late in the third and final session as the track offered up its best conditions for the entire day.

Jon McCorkinsale was third overall in his ex-SBR Falcon a promising debut for the leading runner in the Kumho Cup so far this weekend.

McCorkindales best time came in the opening of three sessions today before the wet weather came.

Jordan Boys who won the season opener at the same venue back in April this year powered his Image Racing Ford Falcon to the fourth fastest time.

Round one polesitter Michael Anderson was fifth edging out Jim Pollicinas Holden Commodore.

Chris Smerson Michael Caine Garry Hills and Gary Collins completed the top-10 on a day that makes picking a form guide difficult ahead of qualifying and the first race tomorrow.

Conditions didnt make things easy for the field today with the changeable conditions keeping people on their toes.

Practice one was held on a drying circuit that got progressively better as it ran Jack Smith ending fastest with a 1m34.34s lap that was 0.5s quicker than second-placed Jon McCorkindale.

The second session later in the day was held in torrentially wet conditions with the three fastest cars completing just six laps as the heavens opened in typical Phillip Island style.

Chris Smerdon used his experience to top the charts 0.5s ahead of Smith and Greenbury.

A majority of the quickest times came in the third and final session again on a progressively drying circuit.

Greenbury and Smith traded fastest sectors at the end of the session and were split by just 0.1s before a final flyer from the BJR Holden edged the title leader into the 1m33s.

Qualifying and the first race will be held tomorrow prior to two further races on Sunday to complete the penultimate round of the 2017 season.