GREENBURY FIGHTS BACK TO WIN RACE ONE 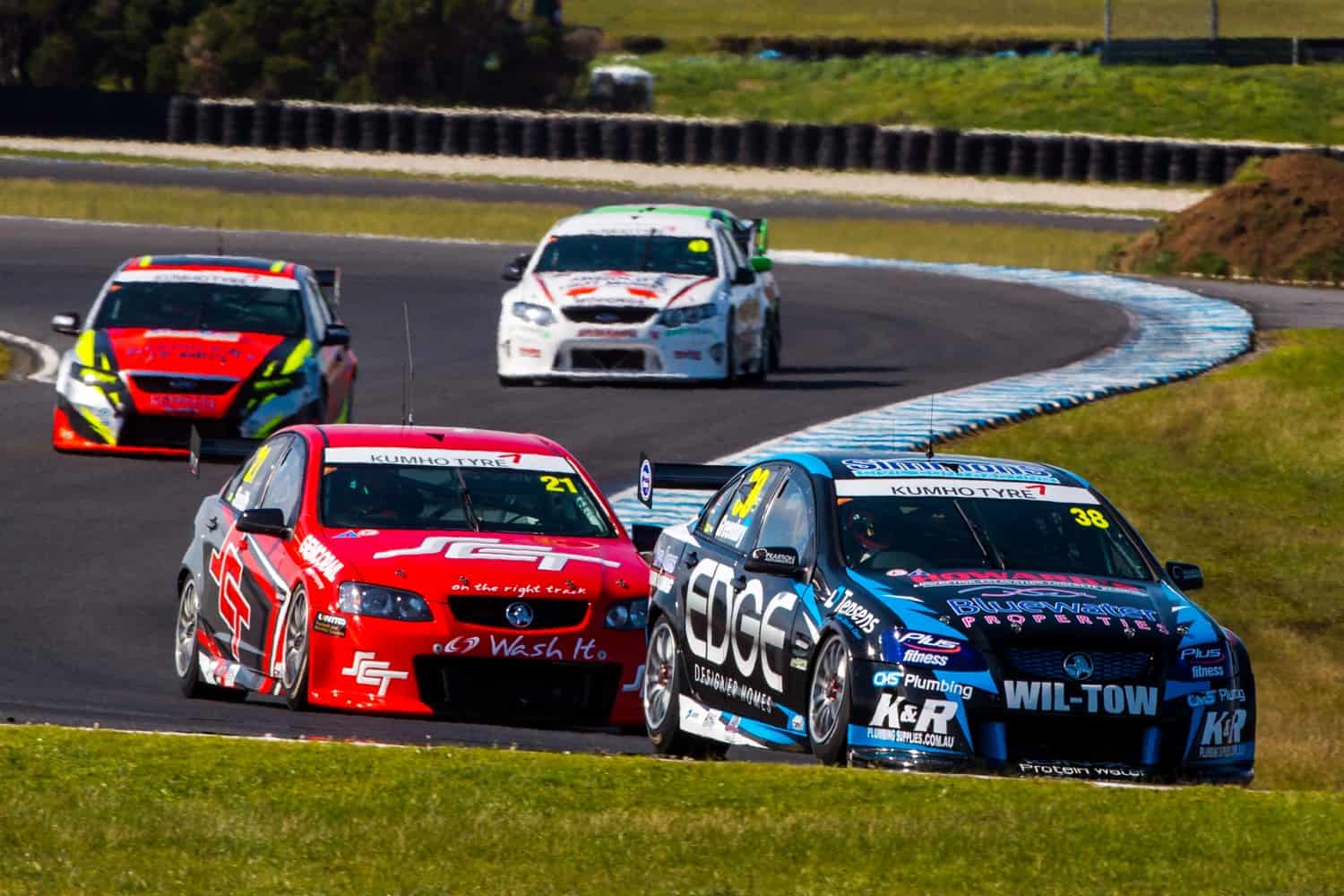 The Queensland driver converted a front-row start on the grid to a race victory in a dramatic opening hit-out today at Phillip Island holding off a concerted attack from Jack Smith to take his first race win since round two of the series at Winton in May this year.

That result coupled with dramas for Jordan Boys also saw the Commodore driver jump to second in the Kumho Series title.

An early Safety Car was called when Gary Hills spun exiting the final corner spearing across the circuit with all four wheels locked up before finding the inside wall.

Hills had been running sixth at the time and though the circuit was dry the damp conditions off the circuit proper caught out the VE Commodore when it ran wide onto the exit kerb spearing sideways and across the circuit in front of the chasing pack.

As everyone else took evasive action Hills avoided heavy contact with the wall: climbing from the car uninjured with damage to the right-rear corner of his Holden in an incident that could have been much worse.

A feisty restart saw leader Greenbury and third-placed Anderson both defending into turn one but it was the battle for third and fourth where things teed off.

As Anderson defended his position from Boys the two Falcons made contact – Boys spearing off the road at high speed; bouncing through the mud and water before making light contact with the tyre barriers separating the run-off area with the circuit at turn three.

The Safety Car was not called for the incident with the corner negotiated under yellow conditions for the remainder of the race.

Despite Smith having marginally better pace than the leader a solid defensive effort on the final lap saw Greenbury hold on to the race lead on the final lap ultimately beating Smith to the line by just 0.2 seconds.

Anderson finished a season-best third under pressure for much of the race from Jon McCorkindales BF Falcon. 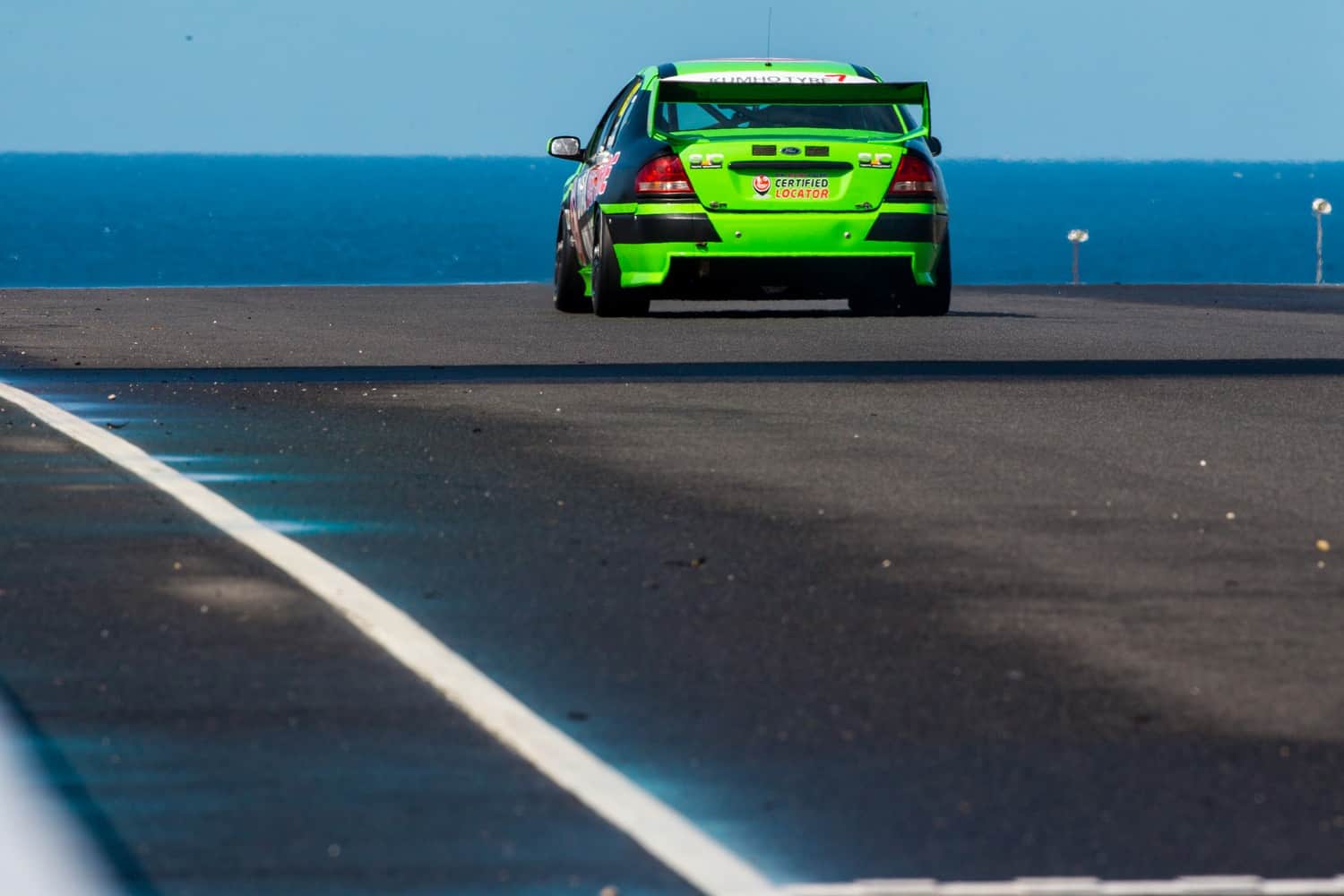 Teammates Jim Pollicina and Michael Caine finished fifth and sixth respectively the latter only getting the position after a renewal of his battle with Chris Smerdon seen at Queensland Raceway.

Smerdon finished seventh and got home in front of Page Collins and Neill in a shortened 9-lap affair.

An earlier downpour had left a rapidly improving circuit during Kumho series qualifying and though Greenbury held the top spot early Smiths well-timed flyer saw him take point just before the flag fell the Eggleston Commodore unable to improve before the session ended.

Boys qualified third just in front of round one polesitter Michael Anderson and Jon McCorkindale.

Two races complete the fourth round of the Kumho series this weekend both to be streamed live via www.thenationals.com.au.