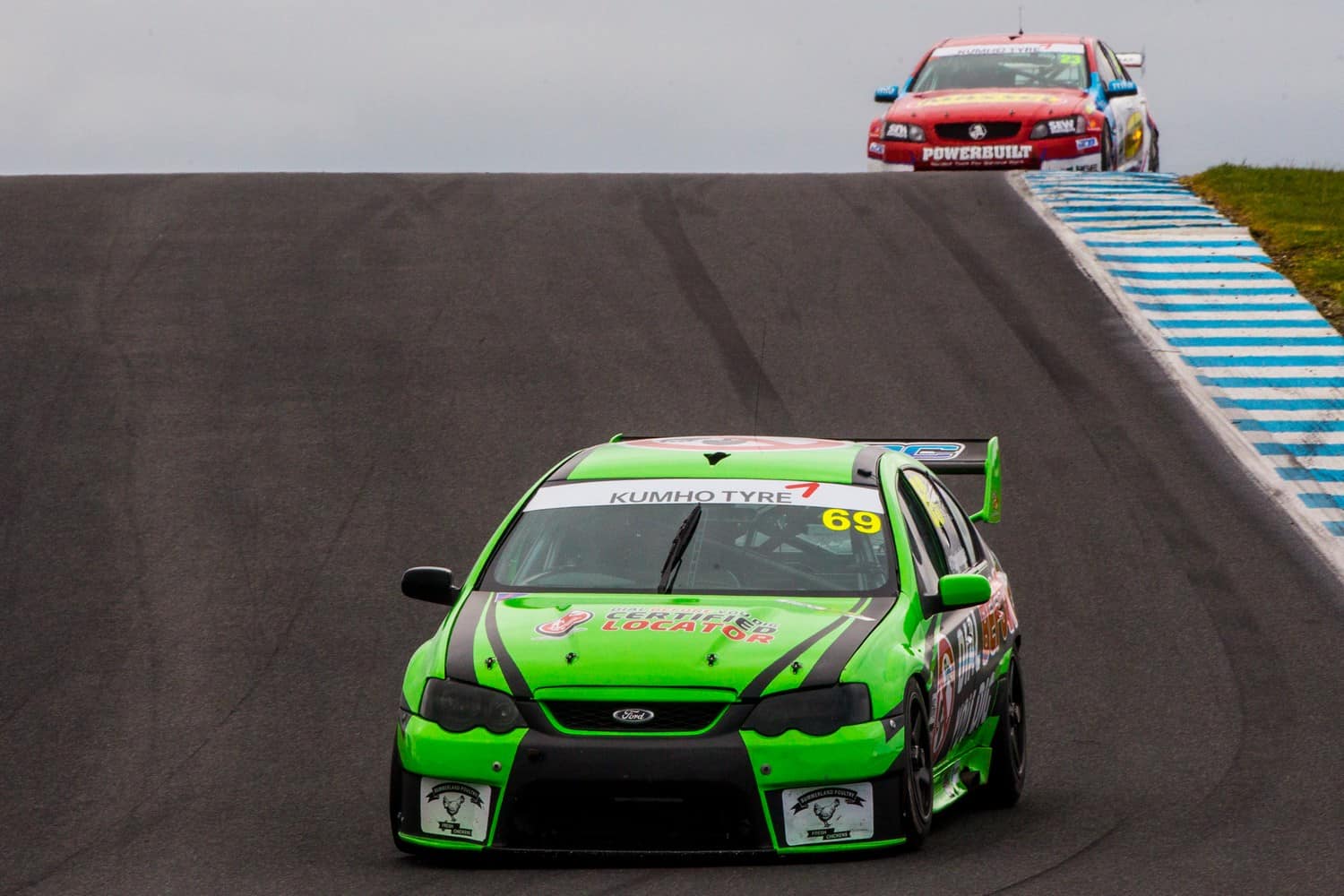 The privateer Falcon runner was on the right tyre at the right time when rain came in race two sweeping past Jack Smith to take the victory in a dramatic mixed-conditions race.

He was then in the right place at the right time in the final race when Tyler Greenbury had a tyre come off the rim at high speed clipping Jack Smiths car as he speared across the circuit at turn four; eliminating both drivers instantly.

A remarkable weekend saw the three main title contenders prior to the round fail to finish the final race three winners from three races two first-time race winners and a debut round victory for McCorkindale featuring amongst other notable events.

â€œWe got it all together and got the car hooked up McCorkindale said.

â€œWe were P7 in the wet in practice so I was hoping for a dry run but when it rained come race day we came away with the win so obviously it agrees with us!

â€œIt (race two) was a gamble for us because obviously if it dried up anyone on slicks was going to go away with it. Luckily we made the right call and it paid off.

The round victory was a major milestone for a little team from country New South Wales.

â€œWere really happy. Were just a small family team but with Dean Canto helping us out were slowly plotting away with a good setup.

McCorkindale powered to victory in race two when he elected to start the race on wet tyres banking on more rain during the race on an otherwise drying circuit.

The gamble paid off as early leader Greenbury and then Jack Smith fell through the pack as they struggled for traction on an increasingly damp surface.

Chris Smerdon was the big mover starting on the fourth row of the grid but rocketing into the top three thanks to a brilliant start. The former champion ran at the front for most of the race and still finished fourth despite a brief spin at MG.

Race three was a wild affair and teed off when Greenburys left-front came off the rim at turn three after just five laps of racing. 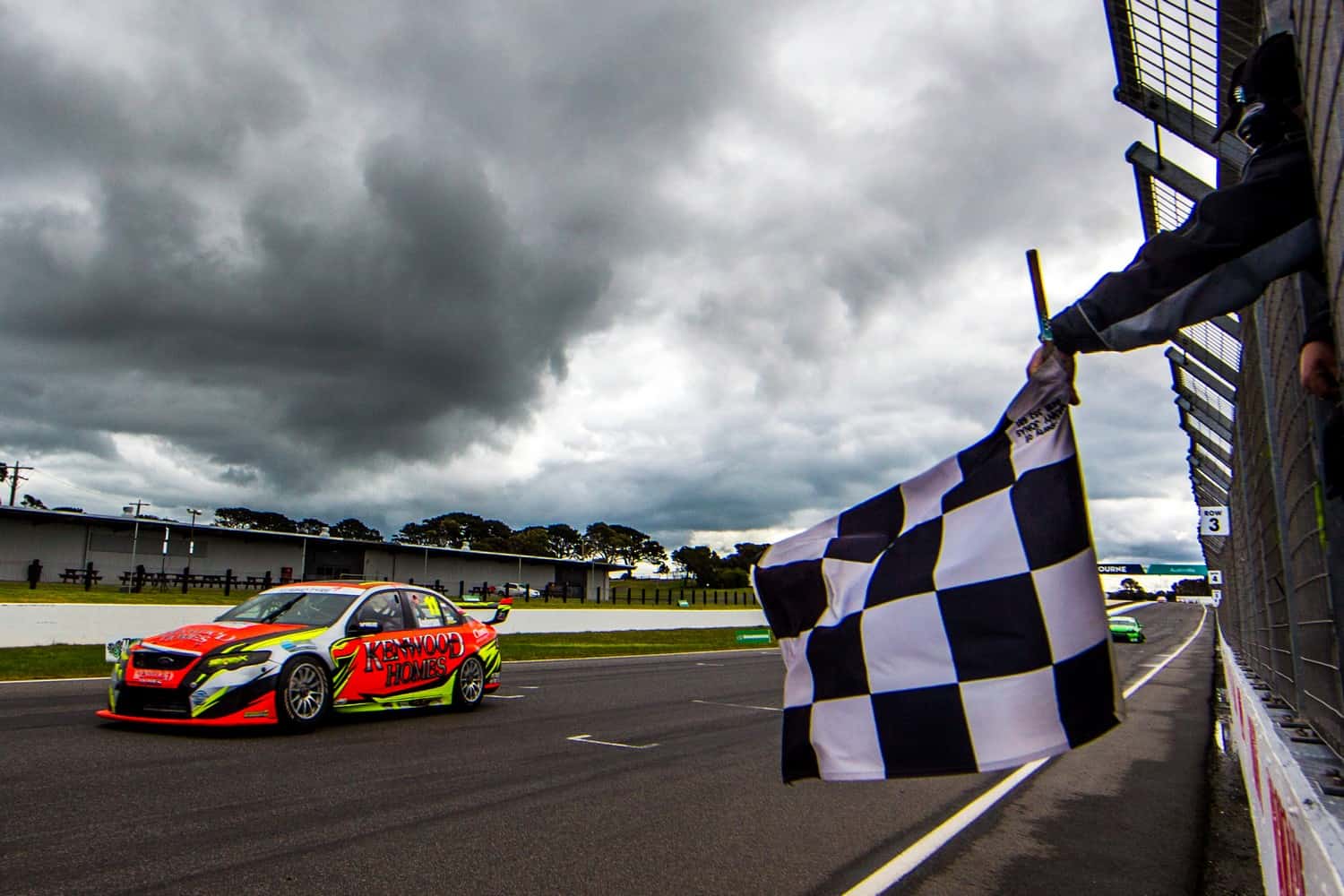 The Commodore speared off at high speed and spun across the road at the turn four Haprin a glancing blow to the back of leader Smiths Commodore ending his day as an innocent party to the accident.

Anderson streaked home to win his first race ahead of McCorkindale and Michael Caine.

McCorkindale won the round overall with Anderson and Caine completing the podium. All three drivers recorded their best ever Kumho Series round and race results this weekend. Brad Neil won the heritage trophy while McCorkindale also won the Kumho Cup.

The Brad Jones Racing commodore can now clinch the championship in the first race at the Sydney Motorsport Park season finale thanks to a 106-point lead.

Michael Anderson has jumped to second place with Tyler Greenbury 14 points further back in third.

Jon McCorkindale has climbed to fourth place while a tough weekend for Jordon Boys has seen him slip to fifth in the standings with a round to go.