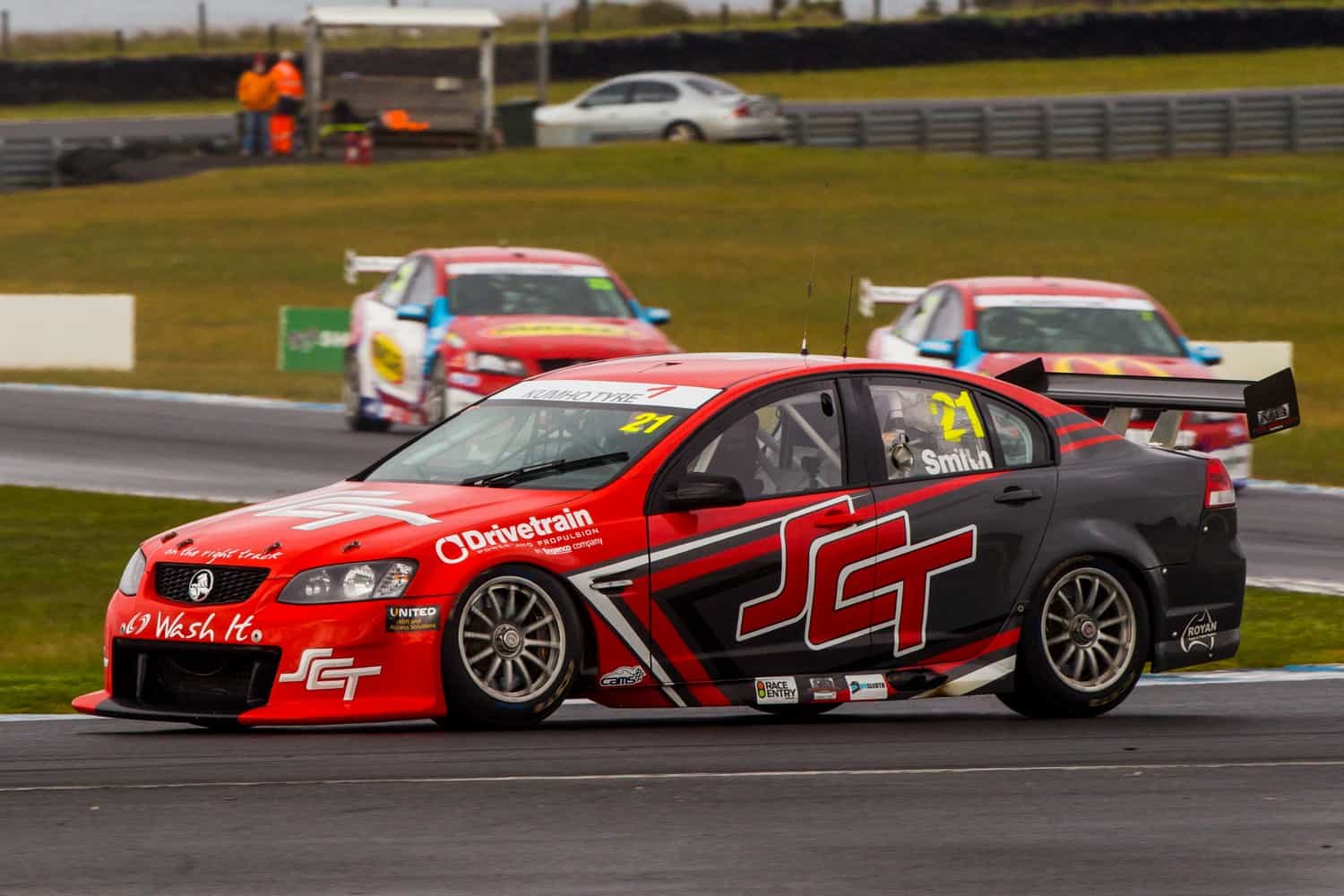 Brad Jones Racing will seek to become the first main game Supercars Championship team to win the title with driver Jack Smith leading nearest rival Michael Anderson by 106 points ahead of the last three races of the year.

Third-placed Tyler Greenbury sits in third place and remains in contention 120 points from the lead with a total maximum score of 143 up for grabs should a driver score pole and three race wins at the 3.9km circuit in Sydneys West.

Smith is in his first season of Kumho Series competition and has also this year tackled the Super2 Championship with Brad Jones Racing.

After finishing third in the opening round at Phillip Island the SCT Logistics-backed driver had a stunning middle stanza of the championship that allowed him to build his commanding lead.

He won rounds at Winton and Queensland Raceway sweeping pole and all three wins at the Ipswich venue.

Chasing down the young star at the front will be privateer runner Michael Anderson who has starred this year having upgraded to an ex-Prodrive Racing Australia FG Falcon for this season.

After his shock pole position in round one of the championship Anderson has finished on the overall podium twice this season and notched up his first race win in the series last time out at Phillip Island.

Eggleston Motorsports Tyler Greenbury has put an unlucky start to the season behind him with great speed in the last two rounds finishing on the podium in Queensland and winning his fourth race of the year at Phillip Island recently.

While Greenbury may be an outsider for the overall title the battle for the final spots of the season 2017 podium are likely to be highly competitive.

McCorkindale was superb in the wet conditions at the Victorian circuit en route to his first race and round victories in the Kumho Series.

Anderson and McCorkindale will also battle for the Kumho Cup (privateer) class title this weekend Anderson holding a 53 point lead over his Falcon rival in the standings.

Image Racings Boys won the opening round at Phillip Island this year and has since posted a string of consistent performances to remain in contention for a top three finish this season.

The field gathered for Sydney Motorsport Park includes a diverse mix of drivers in cars with a broad history in Australian Touring Car / Supercar competition.

Outside of the main contenders for the overall and Kumho Cup titles Jason Foley (ex-DJR BF Falcon) and Jamie McDonald (Ex-ProDuct Racing VP Commodore) will make their respective series debuts this weekend.

McDonald will join regular Brad Neill (ex-Parsons VS Commodore) and Andy Cantrell (Ex-GSR EL Falcon) in an expanded Heritage class competition. Neill leads the heritage class ahead of the final round and with closest rival Troy Stapleton not running will likely wrap up the title in race one.

Ten of the field will be racing in their home state giving local fans plenty to cheer for.

The Kumho Series grid tackles private practice on Friday ahead of qualifying and the first race on Saturday.

Saturday and Sundays action will be streamed live with links available via the Kumho Series website and facebook page.