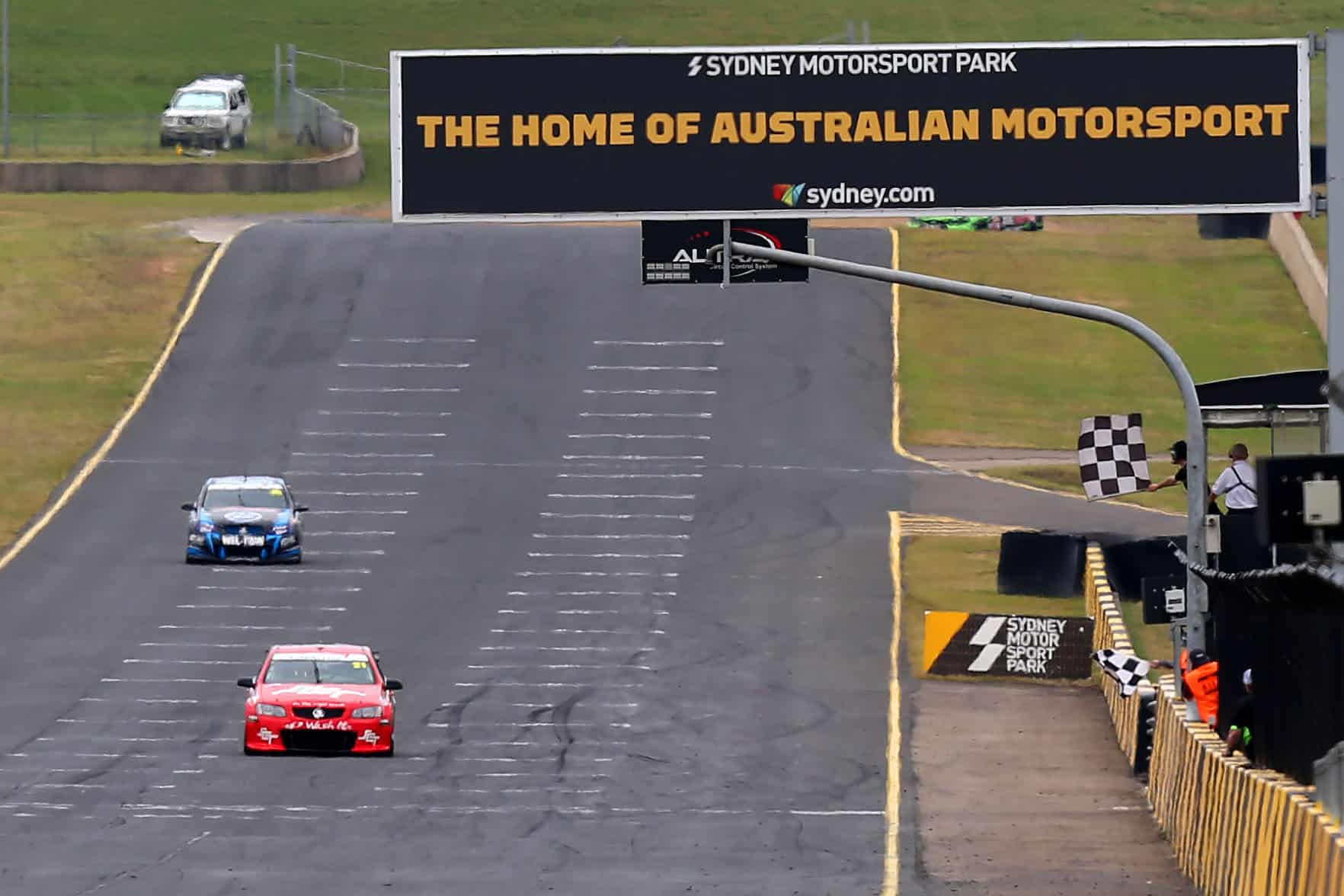 Smith led the 10-lap race from lights to flag however a moment of drama at the end of the race saw him coast to the line when his car ran out of fuel coming out of the final corner.

He still had enough of an advantage to cost home and beat home Tyler Greenbury and Jon McCorkindale in todays 10-lap affair.

The title is the first for the 18-year-old and the first in Kumho Series competition for the storied Brad Jones Racing outfit.

â€œIt feels amazing to get my first national title and in sort of a spectacular fashion by running out of fuel on the line! Smith said.

A smoky start saw he and fellow front-row starter Tyler Greenbury both enjoy plenty of wheelspin on the long run to the first corner though it was the Red Commodore coming out in front.

â€œI couldnt believe the start I thought I slipped the clutch well but I couldnt stop the wheel spin. I heard Tyler had the same thing. I was hard into it and hoped for the best and it turned out pretty well. 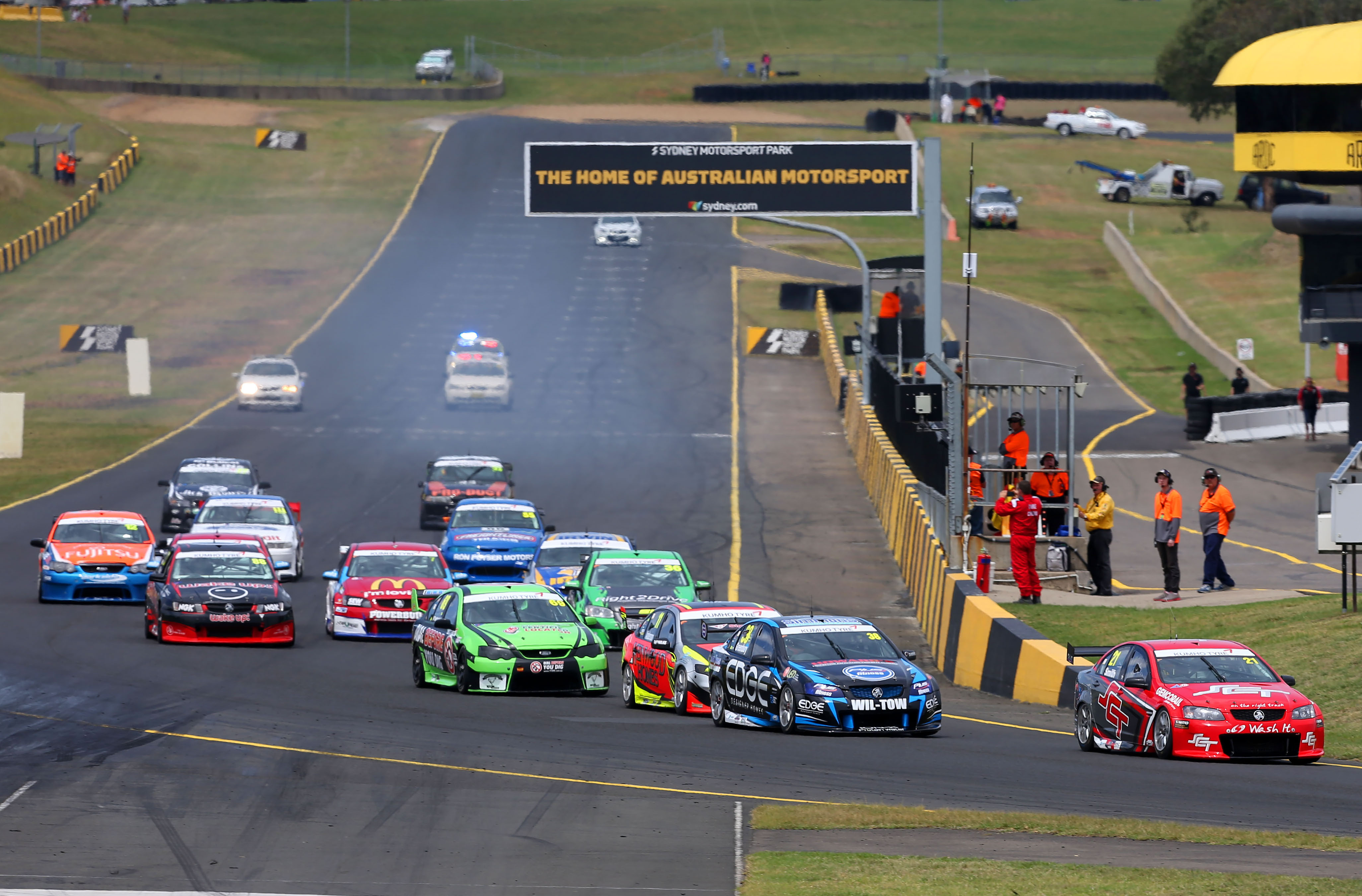 â€œWeve been working on our opening laps all year and Im happy with how that one went. It was a strong lap and we had a bit of a lead. He didnt have a chance to get in the tow.

â€œTomorrow will be fun and hopefully we can win some more races.

Behind the two leaders Michael Anderson and Jon McCorkindale battled for third and fourth place with the latter ultimately coming out in front after a heady battle in the opening laps.

The result closes the margin between the pair in the Kumho Cup class battle ahead of tomorrows two races.

Chris Smerdon was the biggest mover in the race climbing from tenth at the start to fifth at the end of ten laps.

He beat home Jim Pollicina who along with teammate Michael Caine had an up-and-down race.

The pair started fifth and sixth respectively though both were slow away and dropped through the field.

Pollicina dropped to as low as ninth place before recovering while Caine started sixth dropped to ninth and then climbed back to sixth before spinning at turn 9 a few laps from home ultimately coming home seventh.

Millet had run as high as sixth early in the race however was nudged into a spin at turn four on the seventh lap in the midst of a highly competitive battle with Nandi Kiss.

Kiss who had qualified a personal best seventh ultimately finished eleventh after race control penalised him for the contact.

Brad Neill and Jamie McDonald completed the finishers while Chris Delfsma and Jason Foley were non-finishers.

Two races will conclude the 2017 Kumho series tomorrow with interest now turning to the battle for second in the championship between Michael Anderson and Tyler Greenbury.

The margin between the pair now stands at 6 points with Anderson now under serious pressure from the Eggleston Motorsport young-gun.

Both of Sundays races will be shown live on the Australian Muscle Car Masters live stream available via the Kumho series website and facebook page.

STANDINGS After race 1 of 3.