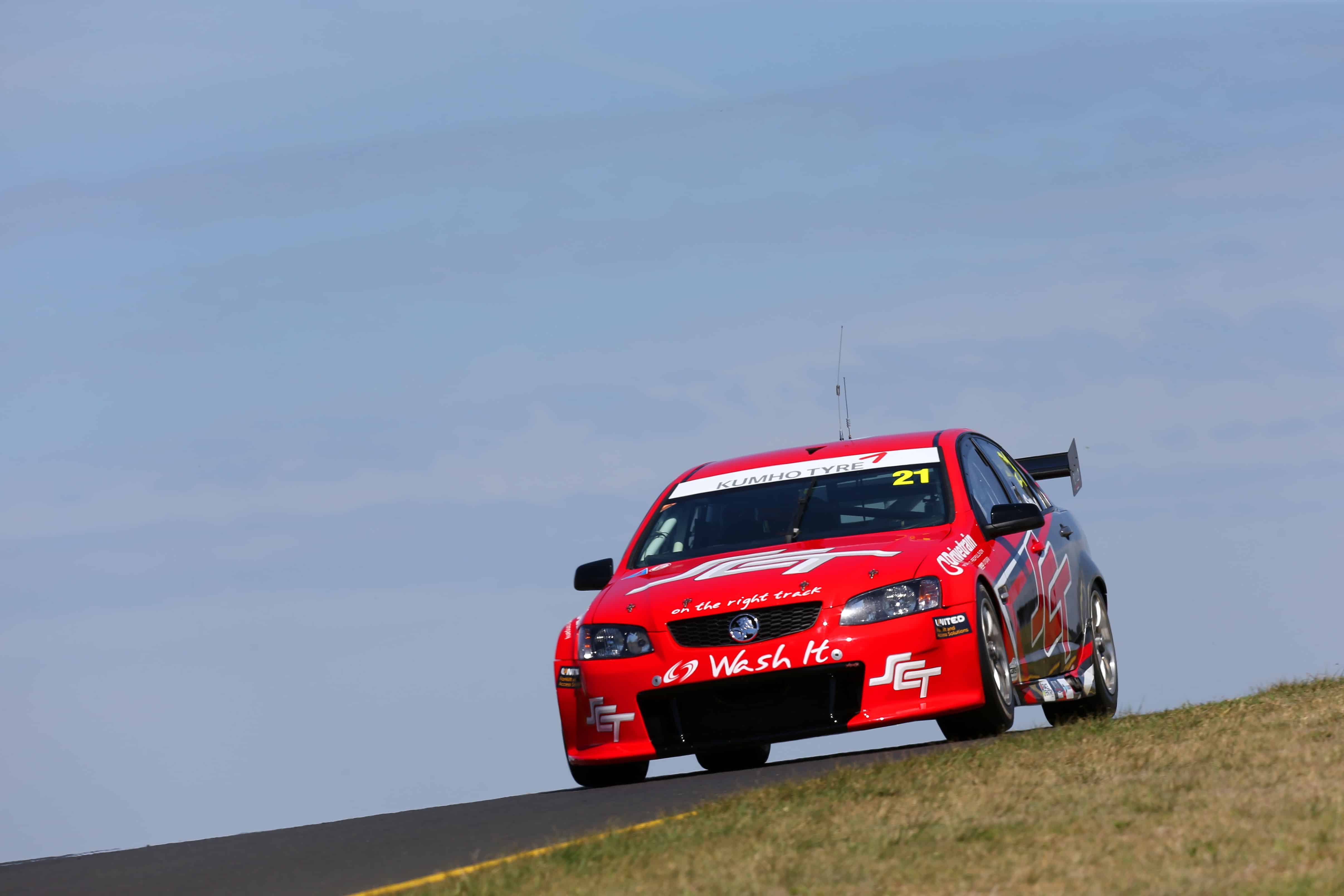 In warm condition approaching 30 degrees Smith ran early and short to conserve his Kumho tyres ahead of this afternoons first race.

The three bonus points for pole position extended the Brad Jones Racing drivers lead in the standings to 109 points ahead of this afternoons first race.

143 points in total are up for grabs this weekend however if Smith leads by more than 100 following todays race he will be unbeatable for the Kumho series title tomorrow.

Greenbury also only completed four laps to bank his lap time before pitting and sitting out the remainder of the session.

The Queenslander said his car was better in practice yesterday and is likely to make changes ahead of race one today in an effort to close the gap to Smith.

Michael Anderson qualified third edging out fellow Ford driver Jon McCorkindale by 0.05s on the second row of the grid. The pair will battle for the Kumho Cup class victory and title this weekend.

On home turf the Pollicina Motorsport duo of Jim Pollicina (5th) and Michael Caine (6th) locked out the third row while Nandi Kiss was an excellent seventh in just his second Kumho series round.