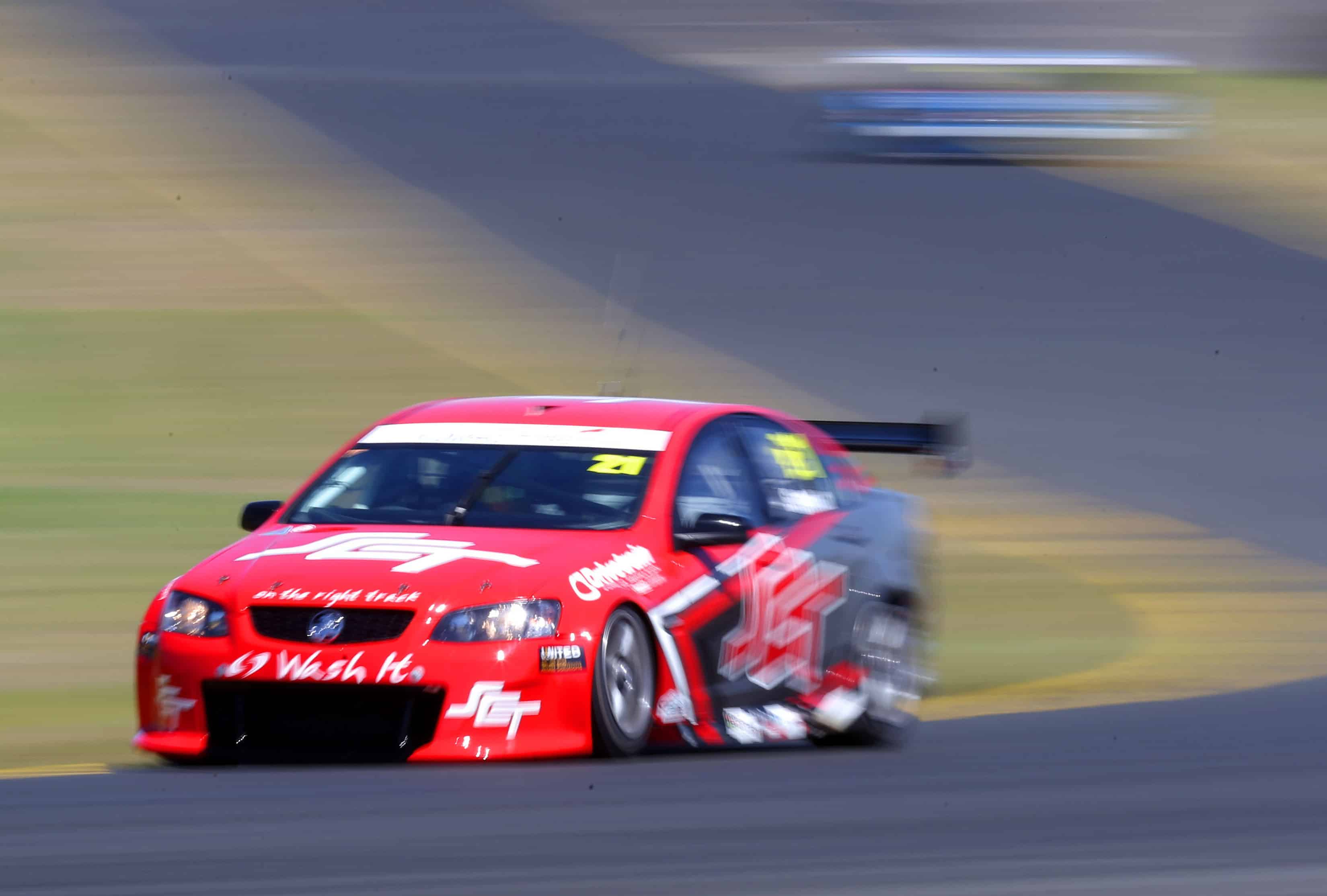 Fresh from pole a race one victory and sealing the championship on Saturday at Muscle Car Masters Smith backed up his performance with a further two lights-to-flag victories on Sunday.

He set a new Kumho series lap record in the early stages of race one and then dominated the finale to win the last race of the year in style.

It was his second clean sweep of the season and his third overall round win from a possible five in 2017.

The SCT logistics driver celebrated with the now-customary winning burnout for the champion driver.

Greenbury had to work for second in the championship but ultimately overcame Michael Anderson to grab the spot in the final race.

He finished second in race two however a slow start in the finale saw him drop to third off the line.

He soon passed the Falcon driver however with a trip off the road for Anderson a few turns later ultimately ending his hopes for second.

Greenbury finished second in the final race to seal the same spot in the championship mirroring the same result he achieved last year in his rookie Kumho series season.

Andersons third was a remarkable achievement for the Bathurst-based driver and also came with victory in the Kumho Cup series for the privateer runners.

He finished behind Greenbury in race two however a brilliant start saw him leap in front on the opening lap of the finale only before the moment off-track at turn seven saw him slip back to fourth place.

Like Smith the Kenwood Homes driver partied post-race three before returning to the pits.

While Greenbury grabbed second in the title Jon McCorkindale was also a beneficiary of the Falcon drivers off in as he jumped to third place in the final race of the year.

Anderson ultimately won the Kumho Cup class by 60 points over McCorkindale with Jim Pollicina edging out teammate Michael Caine by four points for the final spot on the podium in the class.

That result came down to the final race of the season an early-race spin costing Caine and allowing Pollicina to get the break he needed to edge his teammate out for the final trophy.

Smith Greenbury and McCorkindale also made up the overall round podium at Sydney Motorsport Park with Anderson fourth and Pollicina fifth.

The Brad Jones Racing driver ultimately won the championship by 140 points with Greenbury edging Anderson by just 10 in the final standings.

Jon McCorkindales rookie season netted him a strong fourth place and first of the older-generation cars.

Jim Pollicina capped off a strong year with a top five position while Jordan Boys who won the opening round however sat out the finale was sixth.

Behind the winners and those fighting for the final spots in the championship the racing in Sydney was typically competitive.

Nandi Kiss and Warren Millet continued their race one battle with fights in both Sunday races. Millet had finished sixth in race one however the lengthy battle between the pair in race three ended when Millet spun exiting corporate hill.

Smerdon was another to have an up-and-down day dropping to eighth (from fifth) in race two before rebounding back into the top five in the finale holding out Pollicina after a race long battle.

Andy Cantrell posted a strong weekend to win the Vectra Corp Heritage class in his ex-Glenn Seton Racing EL Falcon while Brad Neill comfortably wrapped up the first ever class title in his ex-Truckie Parsons Commodore.

The 2018 Kumho Series calendar will be released in the coming weeks.