WEST AUSSIE HAS THE V8 CHILLS 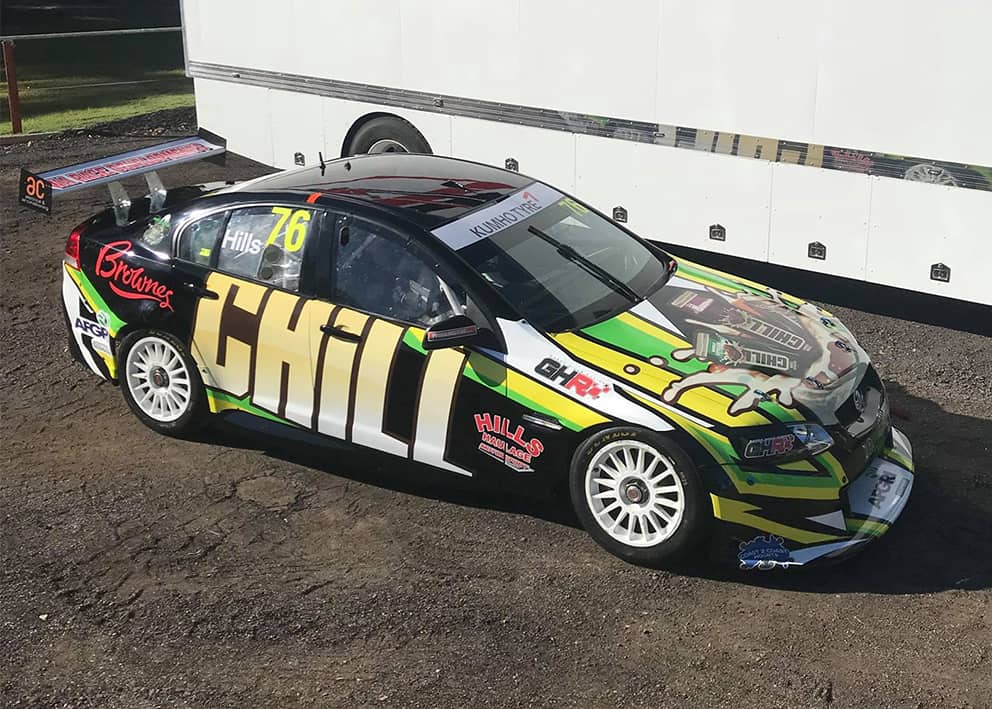 THE Kumho Tyre V8 Touring Car Series continues to build ahead of the series-opening round at this weekends Phillip Island Supercars event.

A solid field of cars will take to the start line to mark the beginning of a five-round series that draws to a close in August at Australias newest circuit – The Bend Motorsport Park.

Making his return to the Kumho Series for 2018 is West Australian Garry Hills who will make the long haul across from the West to mount up for the first round aboard his ex-Walkinshaw Racing VE Commodore.

Hills is making his second Kumho Series start this weekend a year after his debut at the opening round of 2017 also at Phillip Island.

He has gained the backing of West Australian company Brownes Dairy for his campaign and is excited heading into Phillip Island.

â€œI think Im the only West Aussie racing in the series and to be backed by a West Australian company is great; as an earthmoving cartage contractor driving semi tippers around Perth I always had a coffee Chill on the dash board he told V8 Sleuth this week.

His car is a former HSV Dealer Team Commodore originally debuted at Oran Park in 2008 in the hands of current Super2 series front-runner Paul Dumbrell.

Dumbrell then drove the Commodore for all sprint races in the 2009 Supercars season his best result a fourth place at Wintons second race on his way to 17th in the championship.

Walkinshaw Racing retained the car in 2012 for Bathurst winner Nick Percat who campaigned the chassis in the Super2 Series claiming two round wins and finishing fourth in the series.

The Commodore made its last full-season appearance in Super2 in 2014 with Dan Day at the wheel before Hills purchased the car in 2016.

V8 Sleuth is proud to again partner with the Kumho Tyre V8 Touring Car Series for 2018 with an exciting year of racing kicking off at Phillip Island from April 20-22.

The series will race at four Supercars Championship events in 2018 as well as the Muscle Car Masters at Sydney Motorsport Park in June.