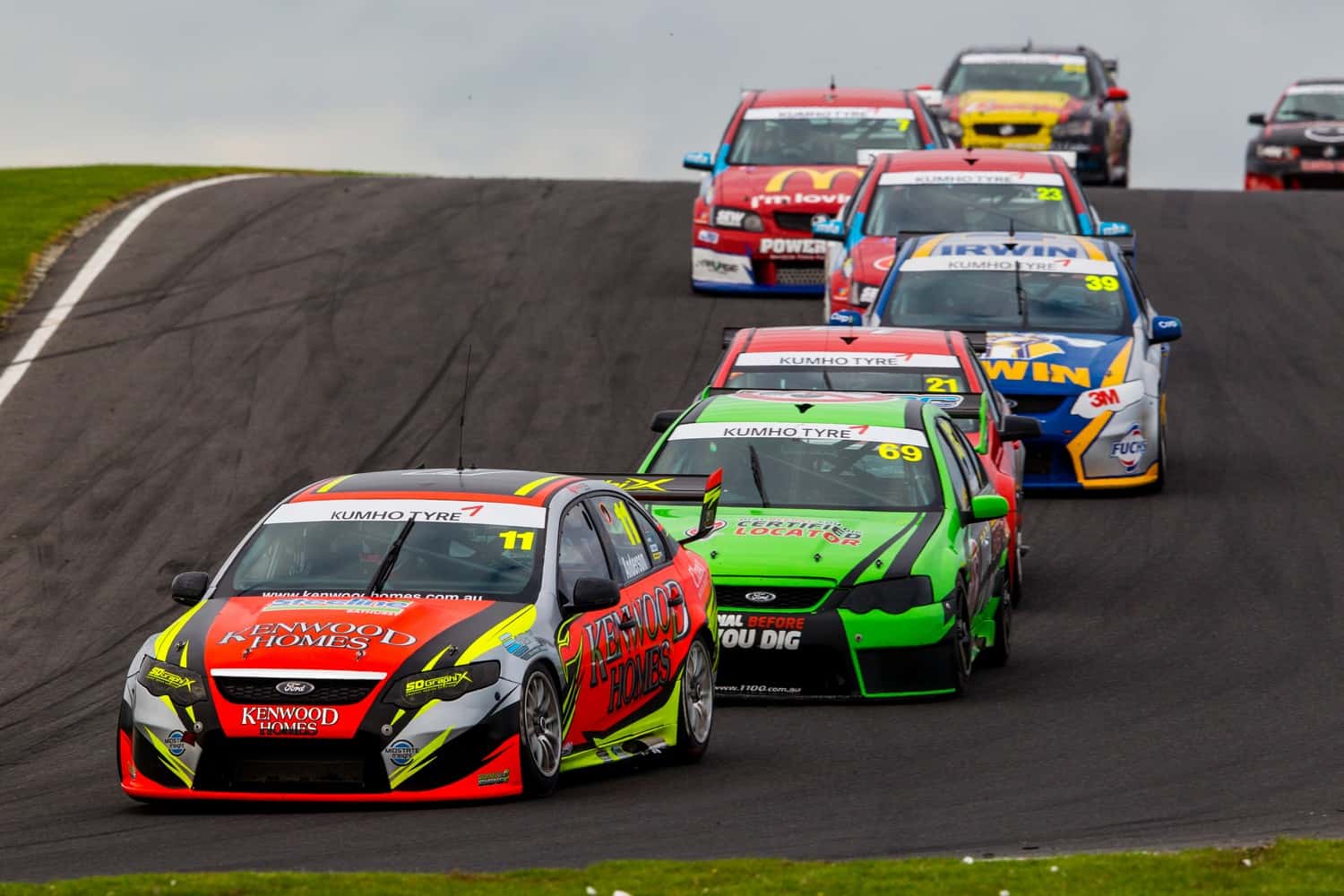 Kicking off the season at the WD-40 Phillip Island 500 the series will launch into the new year with a highly competitive mix of cars and drivers at the 4.46km circuit in Victorias South.

2018 marks the 11th season for what has become the unofficial third-tier of Supercars racing in Australia catering for all models of Supercars prior to the current Car of the Future generation.

As well as being a place where fans can see cars racing that they enjoyed during their time in the main game it has also rapidly become a training ground for young drivers to learn the ropes prior to progressing to the Super2 series.

And while the Virgin Australia Supercars championship is dominated by Holdens the balance is more even in the Kumho Series with the Blue Oval outnumbering the General; 13 cars to nine.

Defending champion Jack Smith (SCT Logistics / Brad Jones Racing) returns to the series once again dovetailing a campaign in the Kumho Series with his Super2 season this year.

The Queenslander is yet to confirm if he will be returning for a full title defence this season having now made his mark in the Super2 series as a front running contender.

Brad Jones Racing will be one of a host of teams running campaigns in both Super2 and V8 Touring Cars though they remain the only outfit also racing in the Virgin Australia Supercars Championship as well.

Image Racing Matt Stone Racing and the returning MW Motorsport will also embrace a series that has become a perfect training ground for young drivers as they start their Supercars careers.

Smith will be joined in the Championship class by a host of both rookie and hugely experienced drivers both with and without Touring Car experience.

2017 Kumho cup champion Michael Anderson who also finished third outright last year returns for another campaign in his ex-Tickford Racing FG Falcon having scored pole at Phillip Island in the opening round twelve moths ago.

Long time Kumho series contenders Image Racing return with a multi-car campaign this year bringing with them a famous surname.

Matthew Radisich the 30-year-old nephew of Supercars winner Paul will make his debut this weekend in Phillip Island after some time out of the sport.

MW Motorsport also makes a welcome return to the series and will also run a pair of FG Falcons in addition to their Nissan campaign in the Super2 series.

The Matt White-led team has tabbed a couple of open wheel graduates to steer their two cars with Formula 4 drivers Tyler Everingham and Zak Best to make their respective Kumho Series debuts this weekend.

The Kumho Cup battle is also likely to be highly competitive with a similar mix of experienced hands and newcomers to the series.

After campaigning a VS Commodore in the heritage class recently Bradley Neill steps up into an ex-Stone Brothers FG falcon for his campaign this year.

His car will be fielded by Matt Stone Racing the Queensland-based outfit joining fellow Super2 teams in the series once again.

A host of familiar names will also return this year including Jim Pollicina and Chris Smerdon whos battles were amongst the highlights of the 2017 season.

The opening round of the V8 Touring Cars series will feature three races this weekend on the WD-40 Phillip Island 500 program.

Practice qualifying and the three races will be shown live on FOX Sports 506 throughout the event.