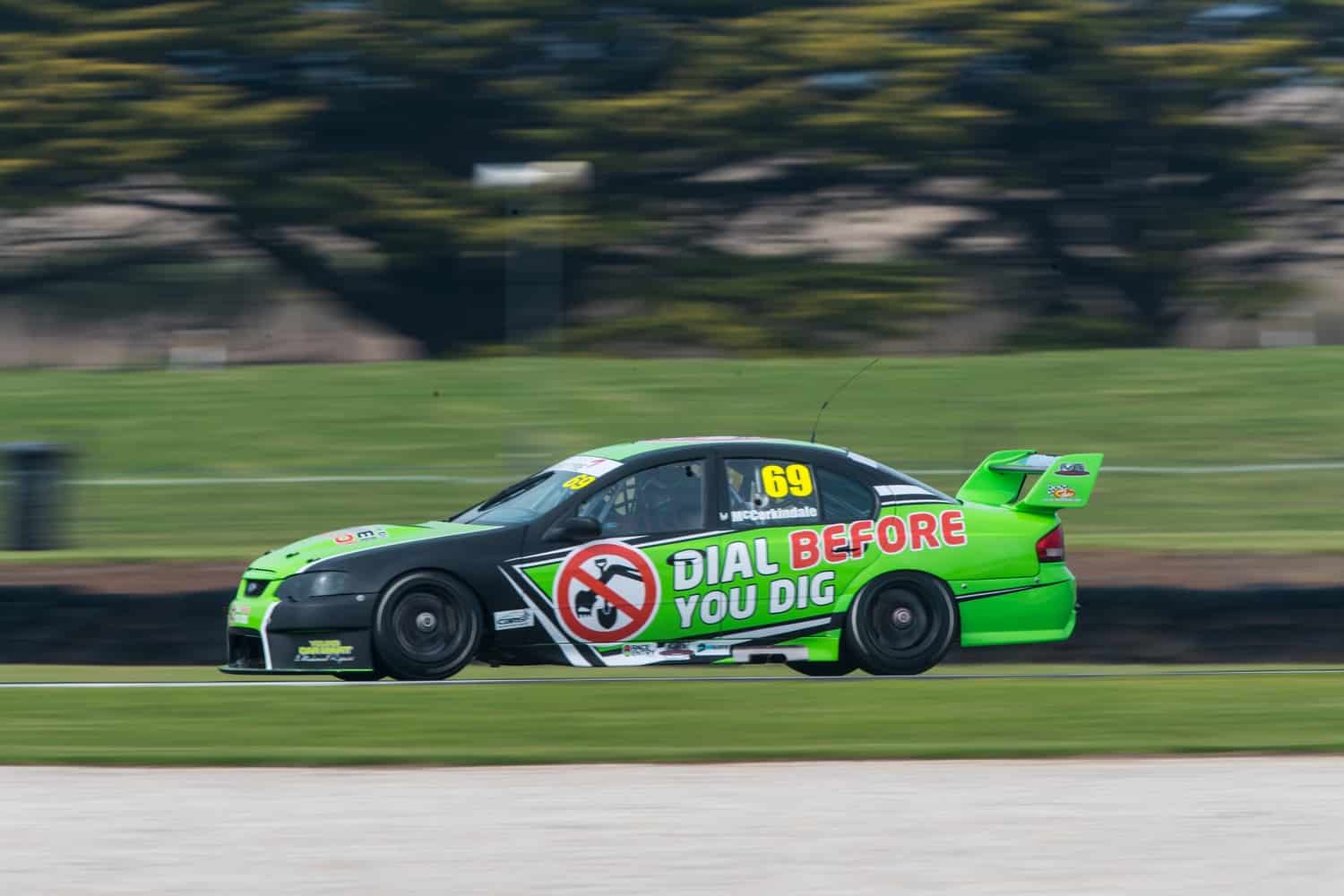 JON McCORKINDALE has topped an interrupted first day of practice in the opening round of the 2018 Kumho Tyre Australian V8 Touring Car series at the Phillip Island Grand Prix circuit.

Only one of the scheduled two sessions ran to time today the first practice session cancelled due to thick fog that shrouded the circuit and delayed proceedings.

Practice two ran instead as the first hit-out of the day while the morning session was rescheduled to run at the end of proceedings however was red-flagged half way through following a crash.

Nevertheless a competitive field was still able to at least indicate towards the competitive order this season with a strong mixture of series regulars and rookies at the front after the first day of the new season.

McCorkindale set the fastest time on just his third lap of the first session before his car broke a gearbox and left him watching from the sidelines.

His 1m34.56s lap was 0.07s quicker than Kumho Series rookie Tyler Everingham who impressed on his debut for MW Motorsport.

Macauley Jones filled in for an absent Jack Smith who was already committed to a university exam – in the first session and finished third ahead of rookie Zak Best and Michael Anderson.

Impressively four drivers in the top-10 were tackling their first Kumho series session.

Geoff Emery set the quickest time in the afternoon session his 1m34.82s best the fourth fastest time of the day overall.

McCorkindale backed up his practice one efforts with second place with Anderson third Ryal Harris fourth in his Aussie Driver Search entry and Everingham an impressive fifth.

The session was stopped early when Stephen Coe crashed his VE Commodore on the exit of turn 12 hitting the wall on the inside wall on the circuit to end the session.

Chris Smerdon was the fastest of the Kumho Cup title contenders in each session his ex-SBR Falcon finishing both practice sessions in sixth place.

The Kumho Tyre Australian V8 Touring Car series will return to the track for qualifying on Saturday at 10:10am ahead of the first race of the new year at 12:40pm.

Both sessions will be shown live on FOX Sports 506.