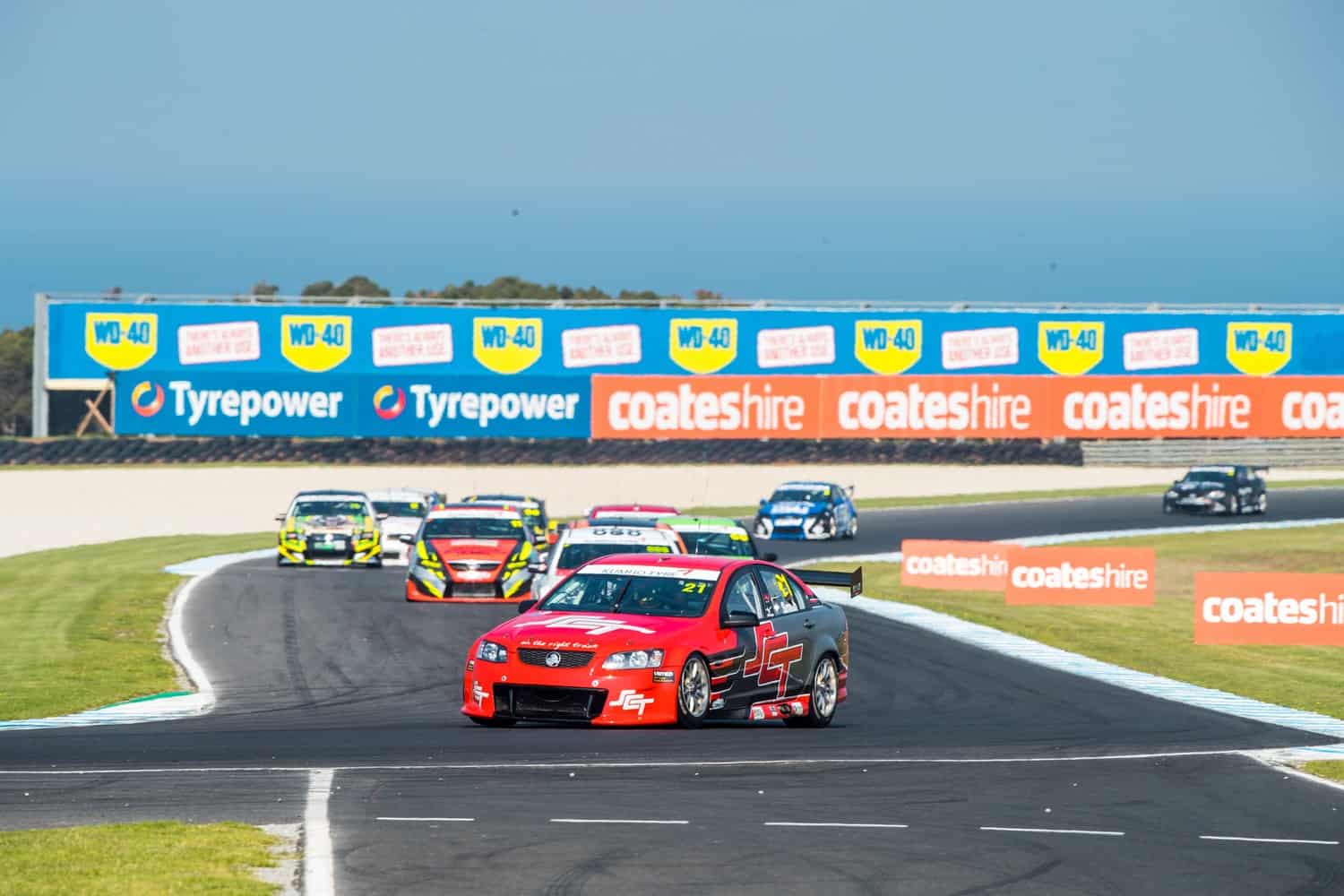 The SCT logistics / Brad Jones Racing driver had earlier broken the V8 Touring Cars qualifying record en-route to pole and was not troubled en route to a comfortable eight-second win in his VE Commodore.

However it was a starring drive from young gun Tyler Everingham that saw him start and finish second in his MW Motorsport Falcon on his Touring Car debut.

The Formula 4 graduate was slow away from the line but quickly asserted his position at the pointy-end in a promising drive for the remainder of the championship.

He finished ahead of a storming Jon McCorkindale who qualified sixth but made ground early in the race thanks to a flying start in his Dial Before you Dig Falcon.

The top-three finish was a strong result give a litany of gearbox and clutch issues the team endured on a challenging Friday at Phillip Island.

The driver from rural Victoria had qualified a strong third in his MW Motorsport Falcon however bogged down at the line and dropped to ninth on the opening lap.

However a storming drive through the field saw him pick off several fancied contenders on his way back into the top five ultimately reaching fourth place with three laps left in todays race.

Ute champion Ryal Harris made it three rookies in the top five thanks to his fifth placed effort in the Aussie Driver Search Ford Falcon.

Harris qualified eighth made a strong start and benefited from dramas in front to move himself forward in his first V8 Touring Car race.

Those dramas included a controversial clash between Geoff Emery and Michael Anderson as the pair raced for fourth and fifth position early in the race.

Anderson attempted a pass at the inside of the turn four hairpin on lap four however after he locked his rear brakes the pair made contact and both spun off the circuit recovering in ninth (Anderson) and eleventh (Emery) respectively.

That wasnt the end of their battle though Emery making his way back through the field before getting to the back of the Falcon driver on the seventh lap.

The pair again made contact on the exit of turn 10 with Anderson this time losing the most ground as he spun back to eleventh where he finished.

Brad Neill completed the top-10 in his first race in the Matt Stone Racing prepared ex-Shane van Gisbergen BF Falcon he is racing this year despite a trip to the gravel late in the race at turn two.

Sadly Matt Radisich was unable to make his debut in the Kumho Series today after crashing on the exit of turn twelve in Qualifying – the car too badly damaged to make the start today.

Two more races will conclude the opening round of the Kumho Tyre Australian V8 Touring Car series tomorrow both to be shown live on FOX Sports 506.