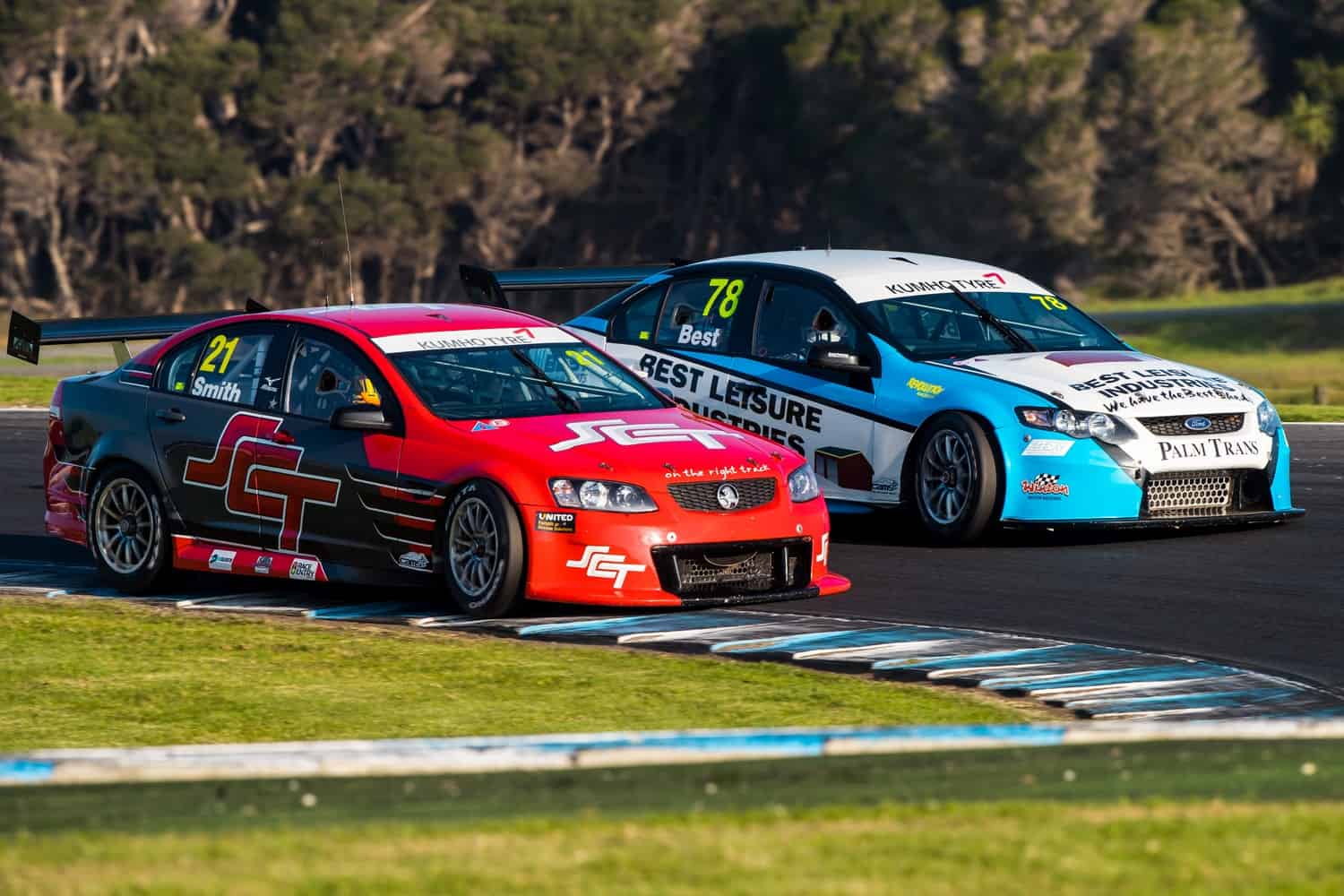 JACK SMITH had to work for his victory in the opening round of the Kumho Tyre Australian V8 Touring Car Series but in the end the defending champion sealed the deal at Phillip Island to open his 2018 account in style.

Smith won the round outright ahead of young stars Zak Best and Tyler Everingham while Jim Pollicina sealed the Kumho Cup honours in his ex-Tasman VE Commodore.

Smiths path to victory didnt come in the straightforward manner that much of his 2017 success delivered.

The SCT Logistics driver won race one on Saturday and had looked to do the same in race two crossing the line first.

However a post-race 20-second penalty for excessive tyre warming on approach to the grid saw him relegated to sixth place and to the second row of the grid for the 12-lap finale on Sunday afternoon.

Smiths penalty elevated Victorian youngster Zak Best to the top of the results sheet giving the MW Motorsport Falcon driver his first victory in the series.

Best a graduate from open wheel and Aussie Racing car competition had finished second on the road despite a slow start that saw him drop down the order.

A series of decisive moves saw him storm back to the podium and in a position where he would be granted the win following Smiths penalty.

Ryal Harris finished second and Tyler Everingham third in another recovery drive after a slow start. 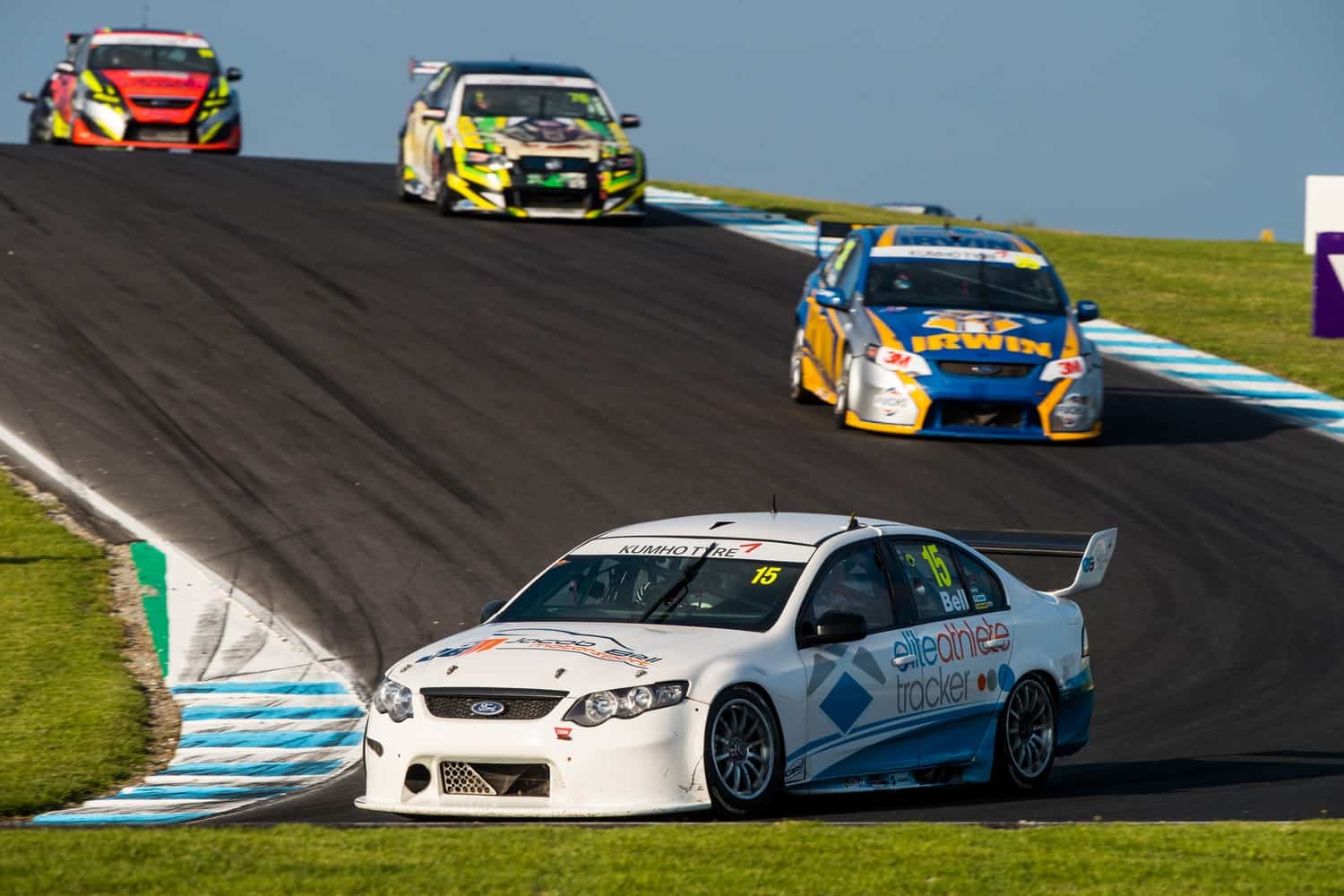 With Smith starting from the second row and Best from pole race three was an entertaining affair as the pair battled for the lead.

It took the defending champion until the eighth lap to find a way past the Falcon in an entertaining battle that showed both Smiths growing experience and the potential in the rookie Best.

Harris was again third while Tyler Everingham was fourth in the second MW Falcon.

Harris pair of Sunday top-three finishes were not quite enough to elevate him to the outright podium his race one result costing him the few points he needed to bump Everingham off the final step.

Everingham was spectacular in the final race executing a series of bold moves around the outside of turn one as he battled for position.

He fought with Ryal Harris early on and then swapped spots with Geoff Emerys ex-Triple Eight Commodore mid-race before settling into fourth place for the run to the flag.

Harris for his part enjoyed a superb debut weekend in the Kumho Series driving the Aussie Driver Search Ford.

He backed up fourth in race one with second in race two and then a compeititve drive to third in the finale giving him enough points for fourth overall for the weekend.

Race three saw several drivers charging through the field after either challenging performances in race two or slow starts to the finale. 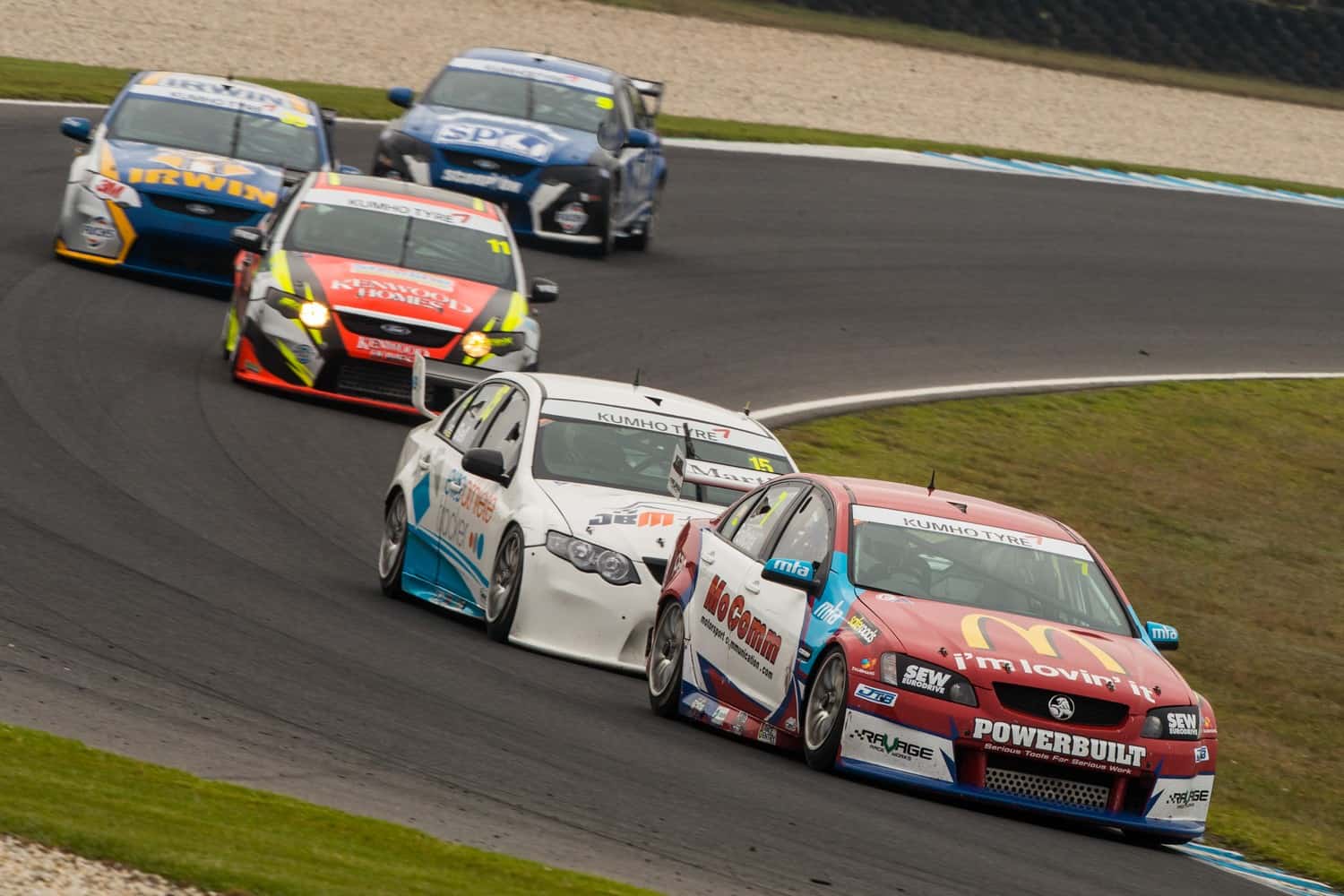 Michael Anderson stormed to seventh in his FG Falcon after an attempted pass saw him spin out and drop to the back of the field in race two.

That effort was bested by Jon McCorkindale who after an otherwise strong weekend dropped to the backwards from the third row of the grid at the start of race three.

Crossing the line eleventh at the end of the first lap he progressively picked off car after car to end the race sixth -Â  the same place he finished race two.

Meanwhile Mathew Radisich rebounded from a difficult Saturday where a crash in qualifying ruled him out of contention in race one.

He raced from the back of the field to eleventh in race one and then one spot further forward despite starting at the back again to place tenth in the finale.

Kumho Series regular Jim Pollicina rebounded from being turned around in the third race to take the honours in the Kumho Cup in a consistent and speedy weekend from the ex-Tasman Commodore.

Contact with Jacob Bell on the exit of turn eleven on the opening lap saw the Sydneysider drop to last place working his way through the field to eleventh at the line to salvage enough points to claim the class victory for the weekend.

Andy Cantrell won the Heritage Cup in his ex-GSR Falcon EL the 1998-built car mixing it up with cars several years its junior throughout the weekend.

The Kumho Tyre Australian V8 Touring Car Series takes a month-long break before action resumes the series next round to be contested with the Supercars Winton SuperSprint Event at Winton Raceway in May.