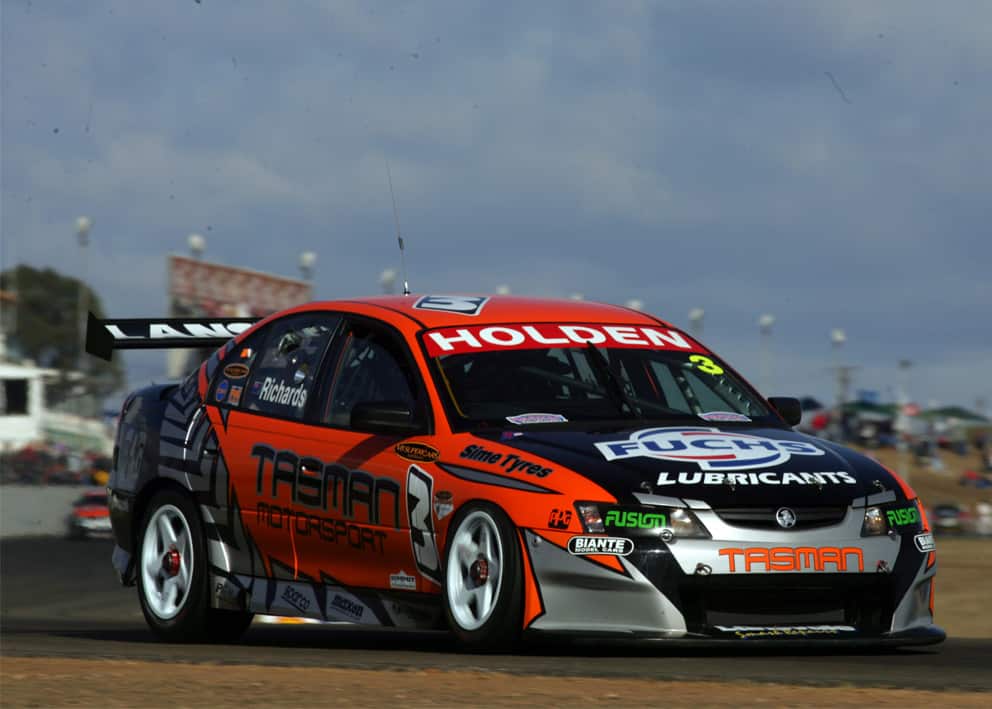 Victorian racer Francois Habib will join the Kumho Series action for the first time with his ex-Tasman Motorsport VZ Commodore that was driven by Whincup in the 2005 V8 Supercars Championship as the #23 Dodo entry.

Whincup drove the car for all of the single driver events in 05 including a breakout fourth-place overall result in Shanghai China before teaming up with Jason Richards to finish on the podium of both endurance races in Richards regular #3 chassis.

The Winton event will mark Habibs Kumho Series debut having purchased the Commodore in early 2015.

He has been using the Commodore for Victorian track days and has had it restored to its 05 Whincup Dodo livery.

Winton will mark the cars national level competition return and Habibs national debut having run in the Victorian Hyundai Excel Championship in 2017.

The distinctive Tasman Motorsport car began its life in 2004 at Acott Race Craft who built the chassis for the late Jason Richards to use in the second half of that years V8 Supercars Championship.

It was the first car produced by the squad after running ex-Lansvale Racing Team equipment and was debuted as a VY Commodore at the Queensland 300 with Richards at the wheel.

The Kiwi continued in the car for the remainder of the season before it was upgraded to VZ specification for 2005 also at the same time the team moved from Sydney to Melbourne.

Andrew Jones drove the car in 2006 and Greg Murphy Racing used it in the 2008 Fujitsu Series (with James Bergmuller at the wheel) before it was acquired by Habib three years ago.

A 20-plus field of Kumho Series competitors will line up for round two at Winton with the action getting underway on May 18-20 as part of the Winton SuperSprint the sixth event of the Virgin Australia Supercars Championship.

V8 Sleuth is proud to once again partner with the Kumho Tyre V8 Touring Car Series for 2018 with the field competing at four Supercars events and the Muscle Car Masters at Sydney Motorsport Park this season.