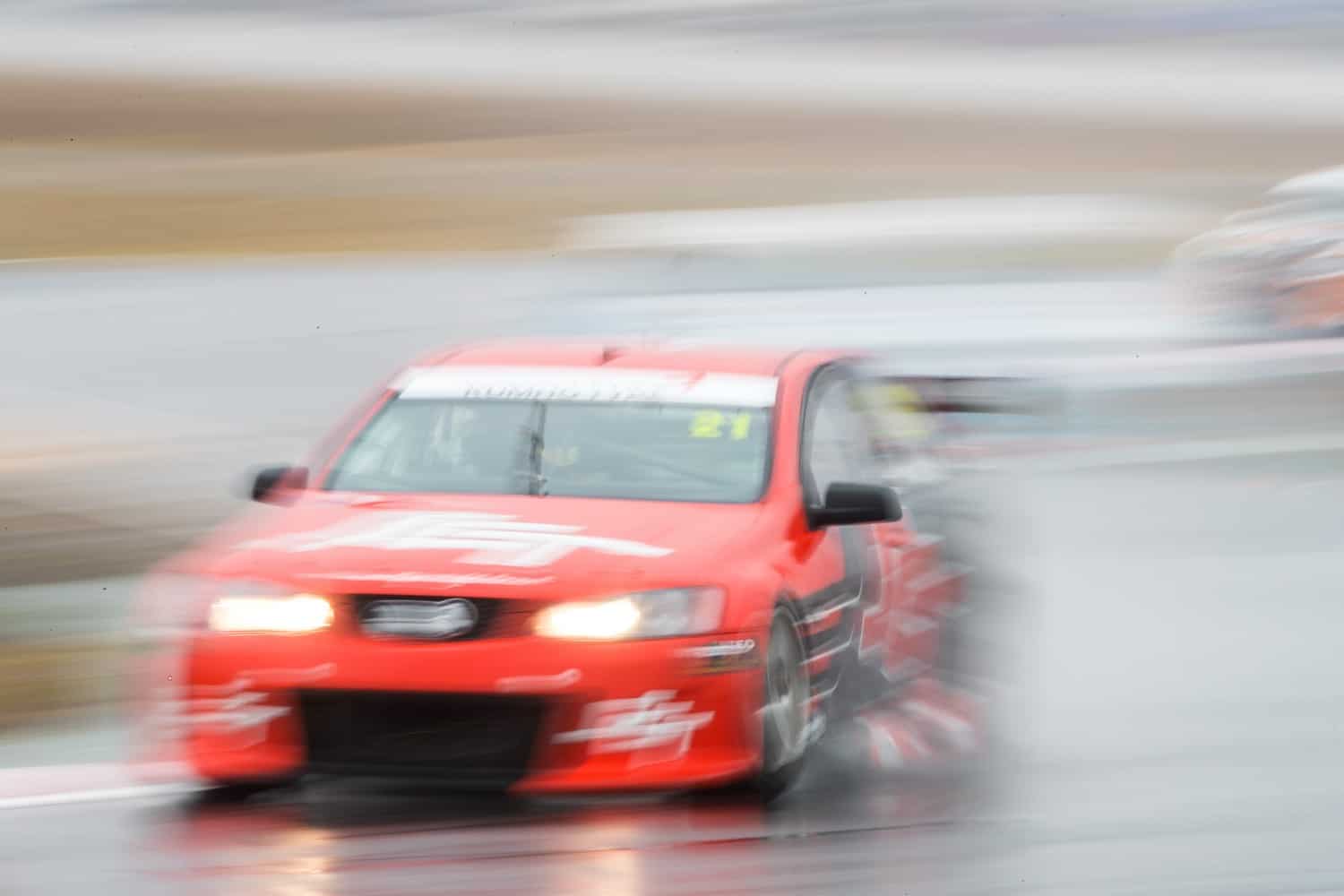 Rain began to fall a few minutes into the first of two-20-minute sessions today and stuck around for the second later in the day.

While the conditions helped establish a good wet-weather form guide for this weekend dry weather is expected for qualifying and the three races that will be held from tomorrow.

Nevertheless Smith topped practice one with a 1m29.90s best some five seconds away from the qualifying record at Winton.

Boys was 0.7s behind on his return to Image Racings BF Falcon while round one standout Tyler Everingham was third for MW Motorsport.

His teammate Zak Best was fourth with Chris Smerdon fifth. 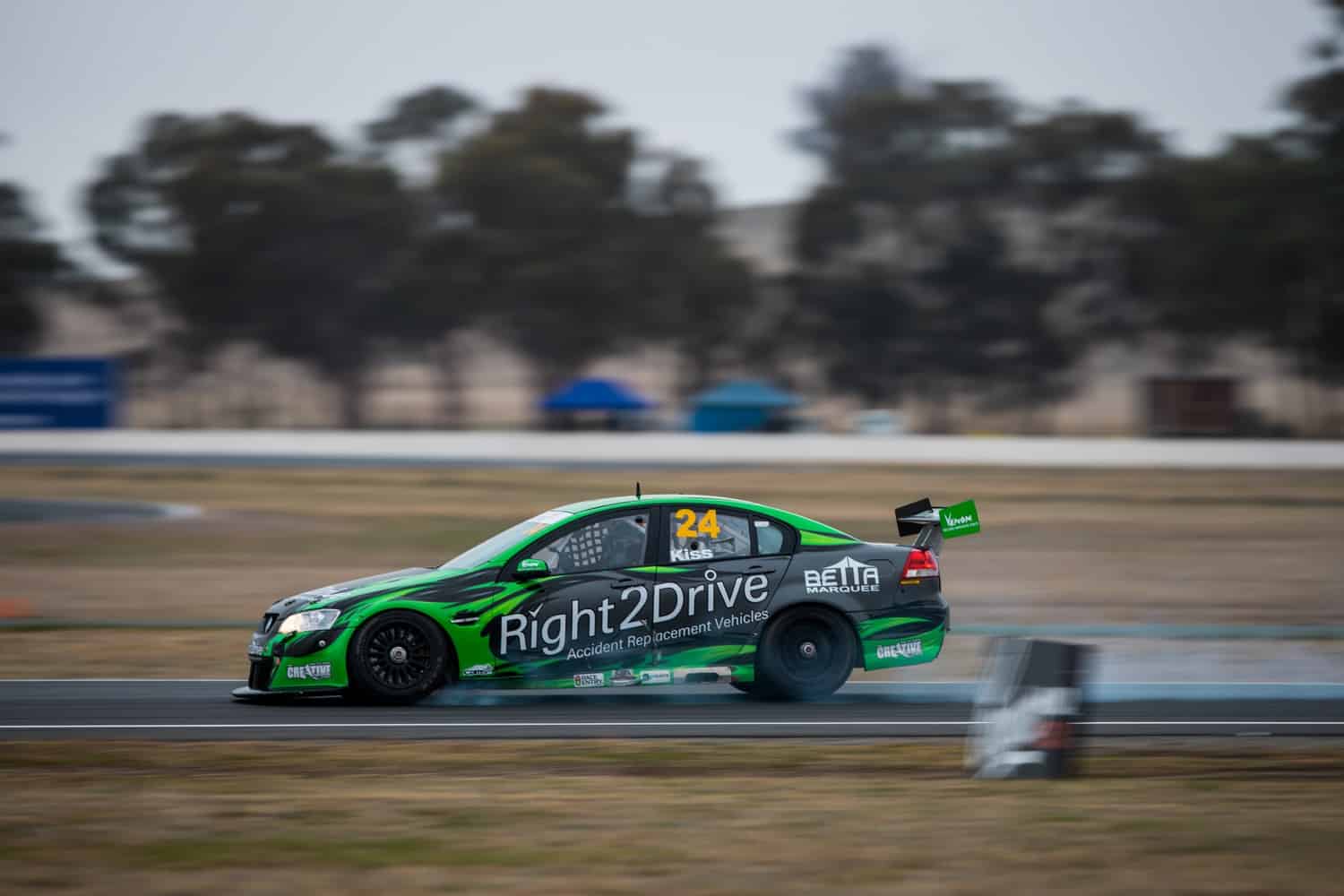 Practice two proved to be substantially wetter with Smiths best of 1m39.58s a full 10 seconds slower than his first session best. Boys was again second and again 0.6 seconds behind.

Brendan Strong was an impressive third using marginally improved conditions at the end of the 20-minute session to jump up the order on his final lap of the session.

He bumped Garry Hills out of the top three with that effort though the Chill Commodore remained very competitive throughout.

Jim Pollicina was fifth in his ex-Tasman VE an impressive effort given he had only just jumped out of his Touring Car Masters Torana 10 minutes prior to the session.

The MW cars had mixed sessions with Everingham only 11th and Best 14th. 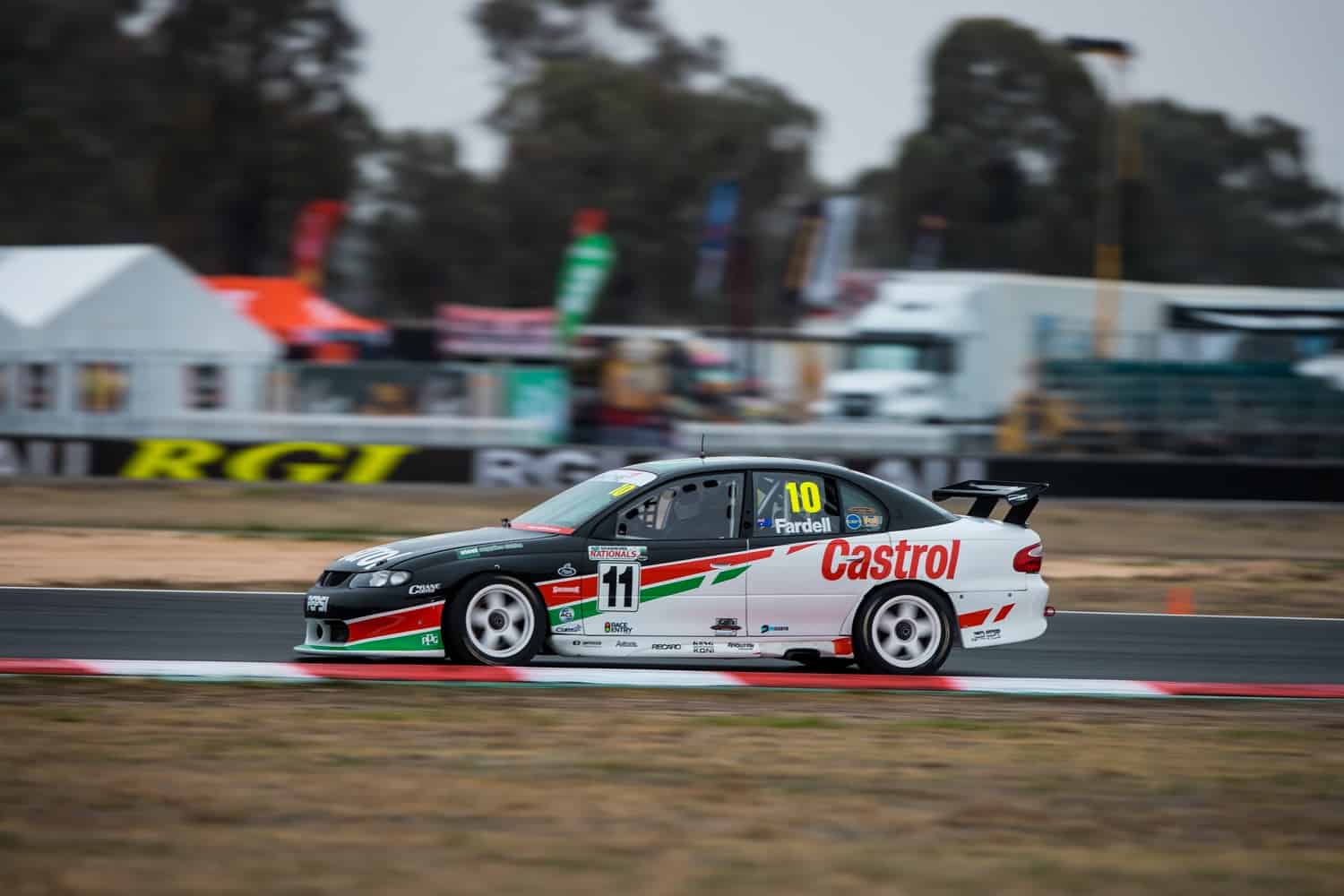 The latter brought out the red flag during the session when the car stopped at turn 10 and then again at pit entry at the midway point of the session the team diagnosing a faulty drive wheel sensor as the issue.

The sessions were otherwise both straightforward with only occasional spins and off-track excursions caused by the slippery sessions causing any drama.

Dry conditions are expected for tomorrows program which includes qualifying at 9:55am and the first 12-lap race at 1:40pm. Both sessions will be shown live on FOX Sports 506.