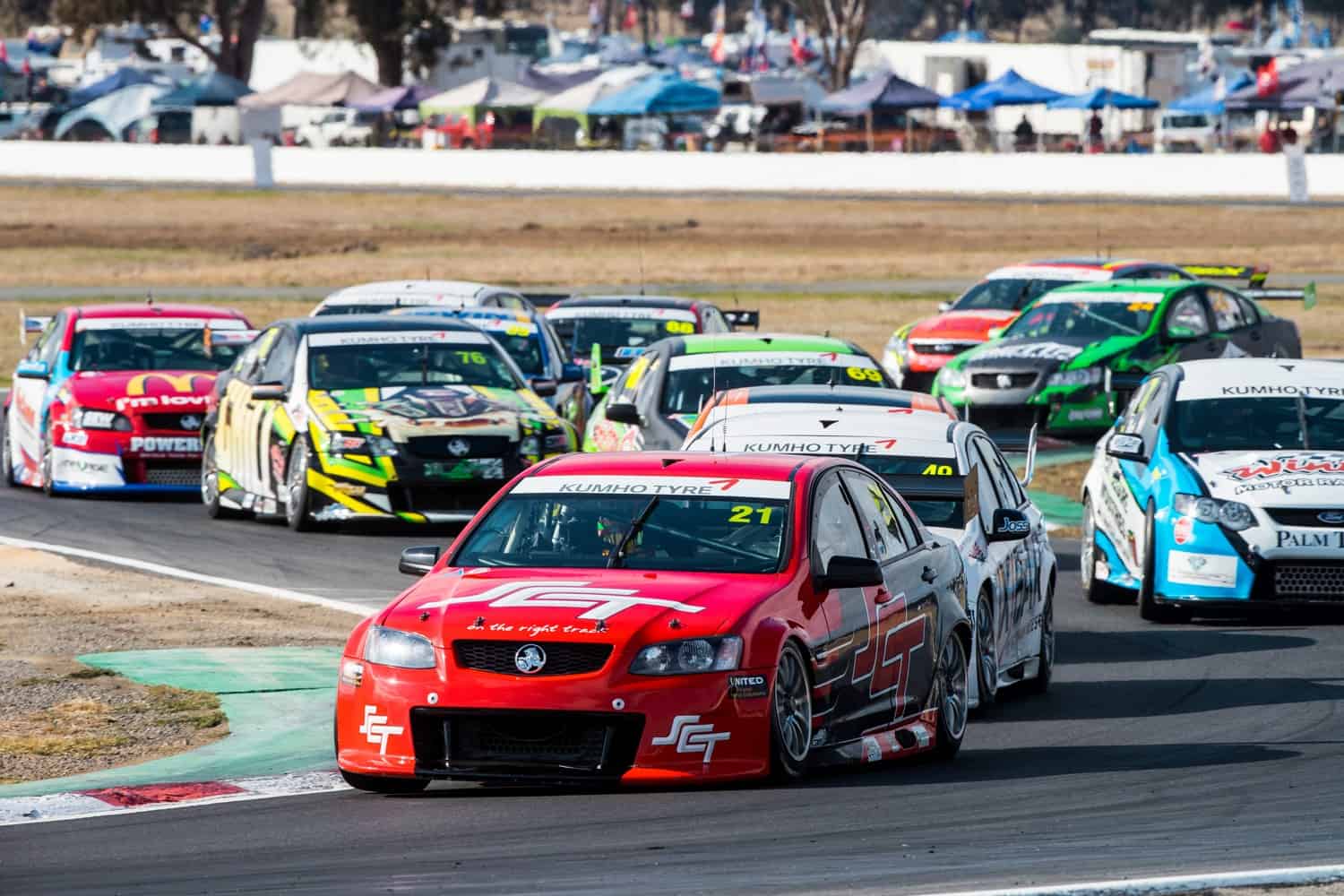 The Gold Coast teenager sealed his second straight round victory in the Kumho Series however a pair of combative Kumho series races on Sunday at Winton delivered plenty of thrills and by no means made the defending champions victory an easy one.

He then backed that up with a strong victory in the final race to seal the round win and extend his championship lead to 23 points over Tyler Everingham.

The latter was a star at Winton as he stormed his way to a maiden race victory in race two.

The MW Motorsport driver was third at the end of the first lap but spent much of his race embroiled in a thrilling four-way dice for the lead.

Smith led the race early however Everingham was on the move early and got to second on lap two and then the race lead a lap later.

Smith returned to the front a lap later though only for that one tour of Wintons 3.1 kilometres Everingham back in front by lap five. 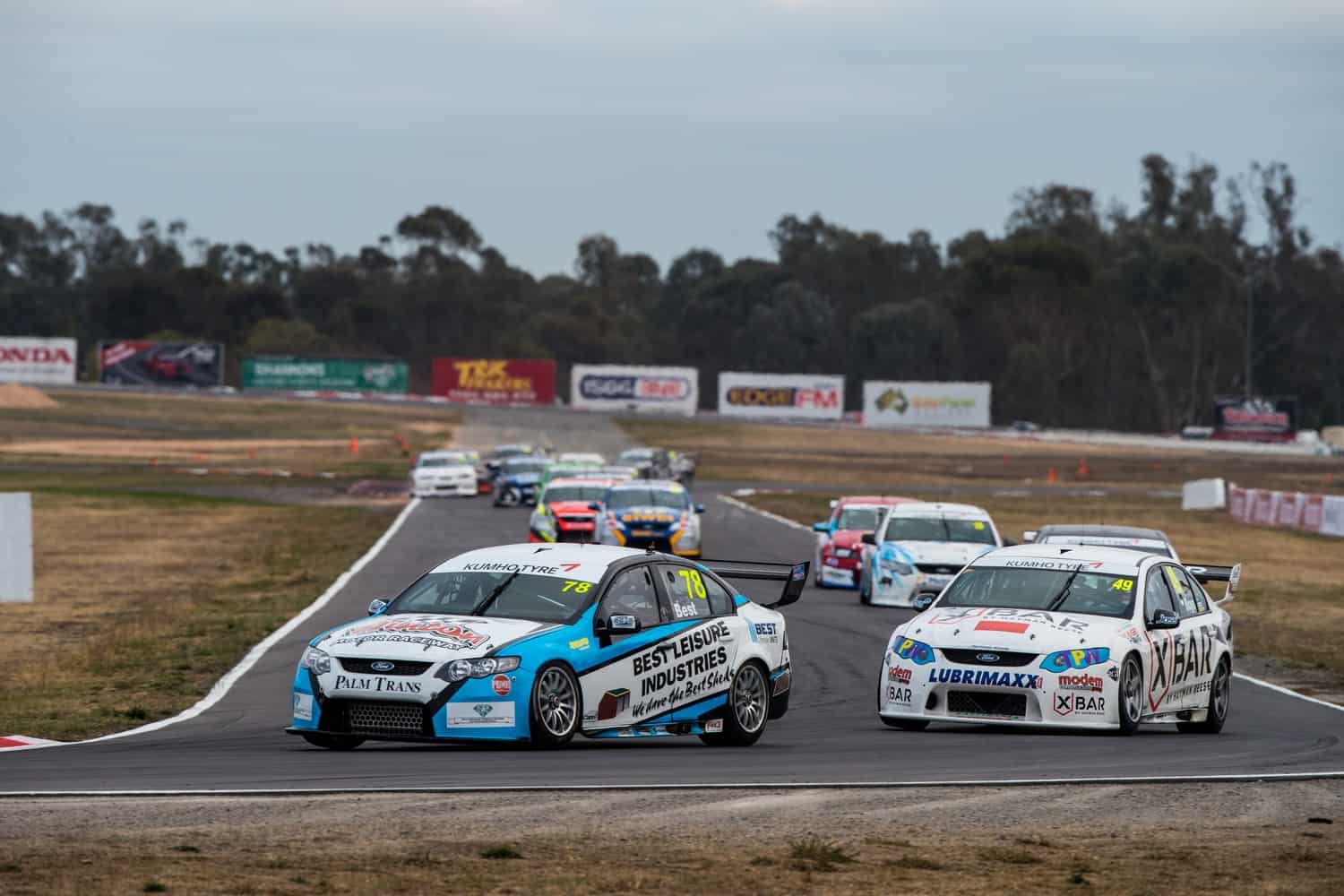 There he stayed with Jordan Boys the big mover as he stormed from fifth to second in another stirring drive aboard his Image Racing Falcon.

Boys had finished second on the road in race one however was penalised five seconds for his false start caused when his clutch failed.

His methodical drive from the third row of the grid in race two saw him pick off car after car and ultimately get to within under one second of Everingham by the time the flag dropped.

He was set to continue his strong performance in race three; starting fourth a strong start saw him second by the time the field reached turn one.

Boys was challenging for the lead when a cloud of smoke emerged from his Ford a suspected blown engine the culprit on lap five ending his charge. 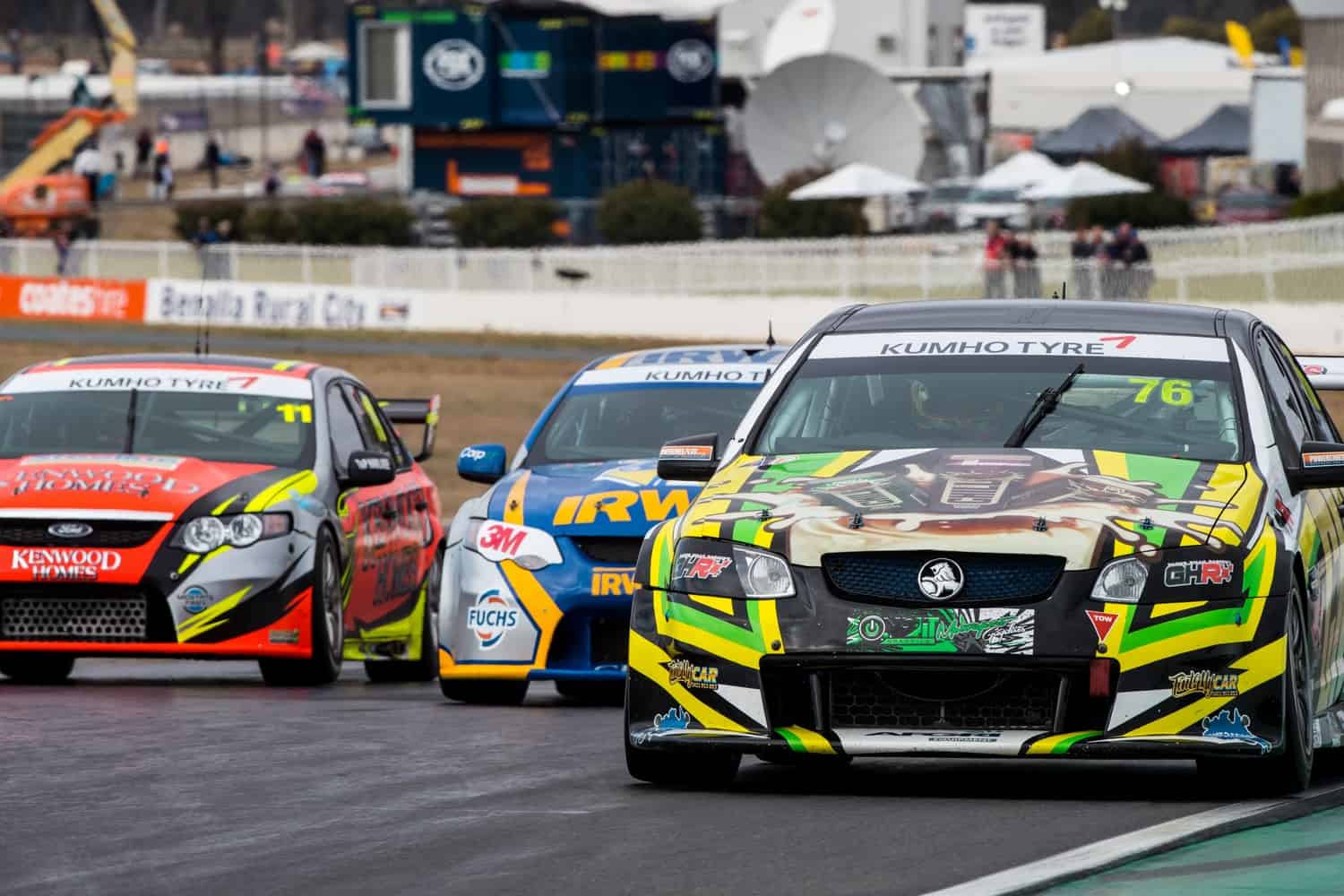 He was fourth in race two and then improved to third in the finale. He and Everingham now each have a second and third overall this year with the battle on between the two to become the first MW Motorsport round winner this year.

Just two points split the pair for second and third in the championship Everingham in front of Best.

Jon McCorkindale finished fourth overall with another series of competitive performances across the weekend finishing fifth and fourth in todays two races respectively.

Jim Pollicina edged out Garry Hills for victory in the Kumho Cup the pair also seventh and eighth overall at Winton.

The Kumho Series continues their 2018 title race at the Australian Muscle Car Masters event at Sydney Motorsport Park on June 8-10.

STANDINGS After 2 of 5 rounds.