TITLE FIGHT ON AS KUMHO SERIES RETURNS TO SYDNEY 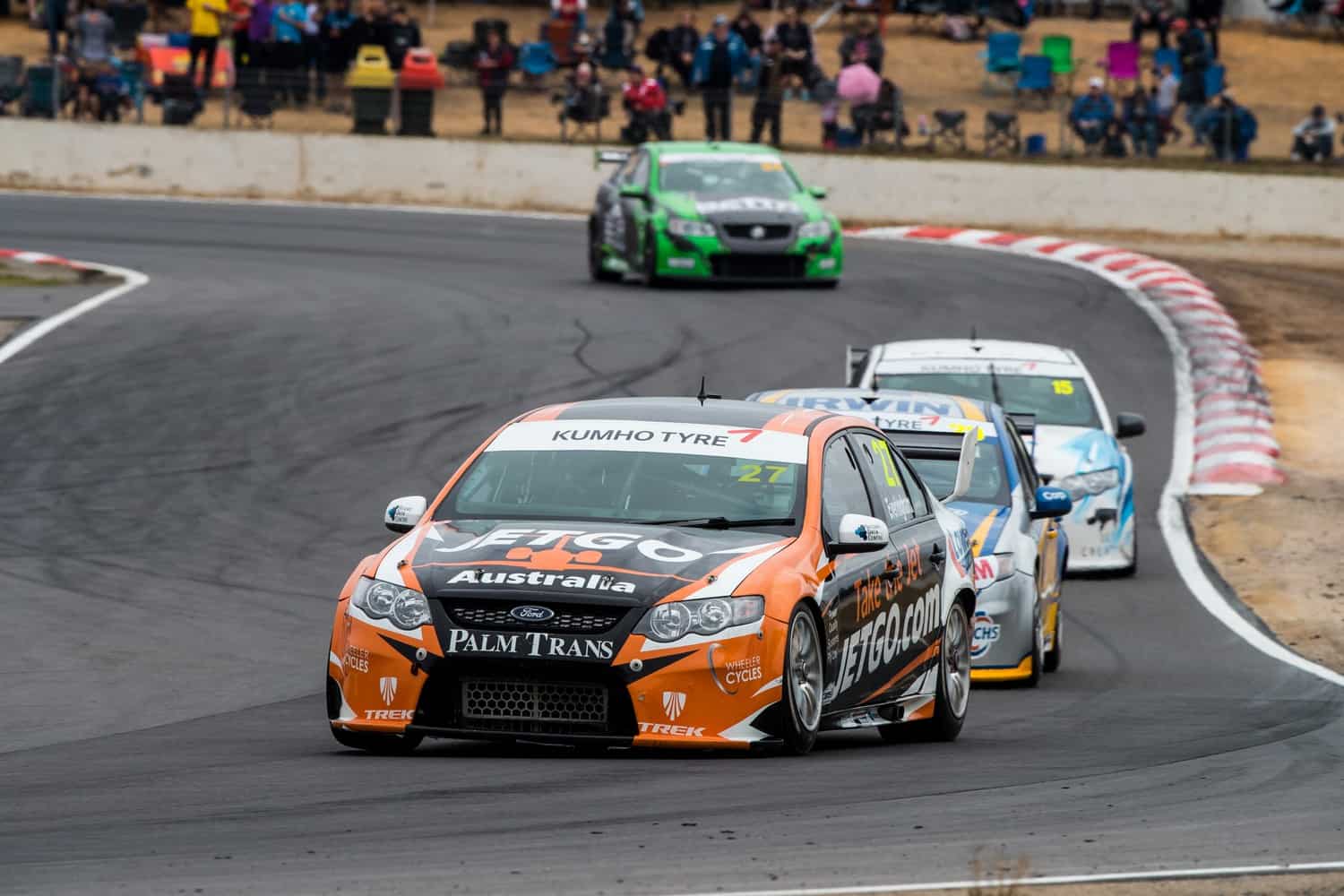 Returning to the Australian Muscle Car Masters event for the third straight year the Kumho Series will be without current leader Jack Smith when it tackles three races at the Western Sydney venue this weekend.

The Brad Jones Racing driver was never scheduled to contest the third round of the championship due to existing commitments despite leading the standings by 23 points over fellow young-gun Tyler Everingham.

With Smith expected to return for the final two rounds of the championship at Queensland Raceway and The Bend Motorsport Park this weekend presents a sensational opportunity for those in pursuit to build a margin before the defending champion returns.

MW Motorsports dynamic duo of teenagers Everingham and Zak Best have starred this year and are the two most likely to fill the big shoes Smith leaves open this weekend.

The pair have both been on the podium on two occasions this season: Best second in the Phillip Island season opener and third last time out at Winton.

Everingham meanwhile was third at the Island and second at Winton leaving them split by just two points in the championship standings.

Everingham scored his maiden Kumho series race victory at Winton while Best was a winner at Phillip Island after Smith was penalised post-race two.

Though both are Kumho Series rookies at Sydney Motorsport Park they are not without experience at the venue and will pose the biggest threat to Smiths points lead.

Nipping at the heels of the MW Motorsport duo is privateer runner Jon McCorkindale.

The driver from Young in country New South Wales finished fifth in round one and fourth at Winton a month ago and will be hoping that forward momentum continues to the podium this weekend in Sydney.

McCorkindale sits just 79 points from the outright series lead and will be another hoping to put some margin between himself and Smith heading into the final two rounds of the season.

Fifth in the championship is Jim Pollicina who will be keen for a big weekend on home turf in his ex-Tasman Motorsport VE Commodore.

Hills enters the Sydney round off the back of a starring Winton performance thanks in part to qualifying his Chill Commodore on the front row of the grid.

Another hoping for a racy weekend in Sydney will be Bathurst racer Michael Anderson who sits just inside the top-10 in the standings despite regularly showcasing front-running pace in his ex-Ford Performance Racing Falcon.

Anderson starred at the corresponding round at Sydney Motorsport Park last year when he finished on the podium overall in what was arguably his most consistent performance since joining the Kumho Series.

Befitting the heritage aspect of the Muscle Car Masters event the round three grid includes three contenders racing for the Kumho Series own Heritage cup.

Andy Cantrell leads the class in his ex-Glenn Seton Racing EL Falcon that retains the same livery in which it competed during the 1998 season.

Sean Fardell returned to the series last time out at Winton driving his ex-Castrol Perkins Racing Commodore and will return this weekend as will Sydney-based racer Jamie McDonald in his ProDuct Racing VP Commodore.

Six cars will compete this weekend running their original liveries as once used in the Supercars championship.

The Kumho series will tackle three races across the Muscle Car Masters event this weekend at Sydney Motorsport Park.

Check out www.v8touringcars.com.au or the series Facebook page for the live streaming links.