EVERINGHAM ON TOP IN SYDNEY WET 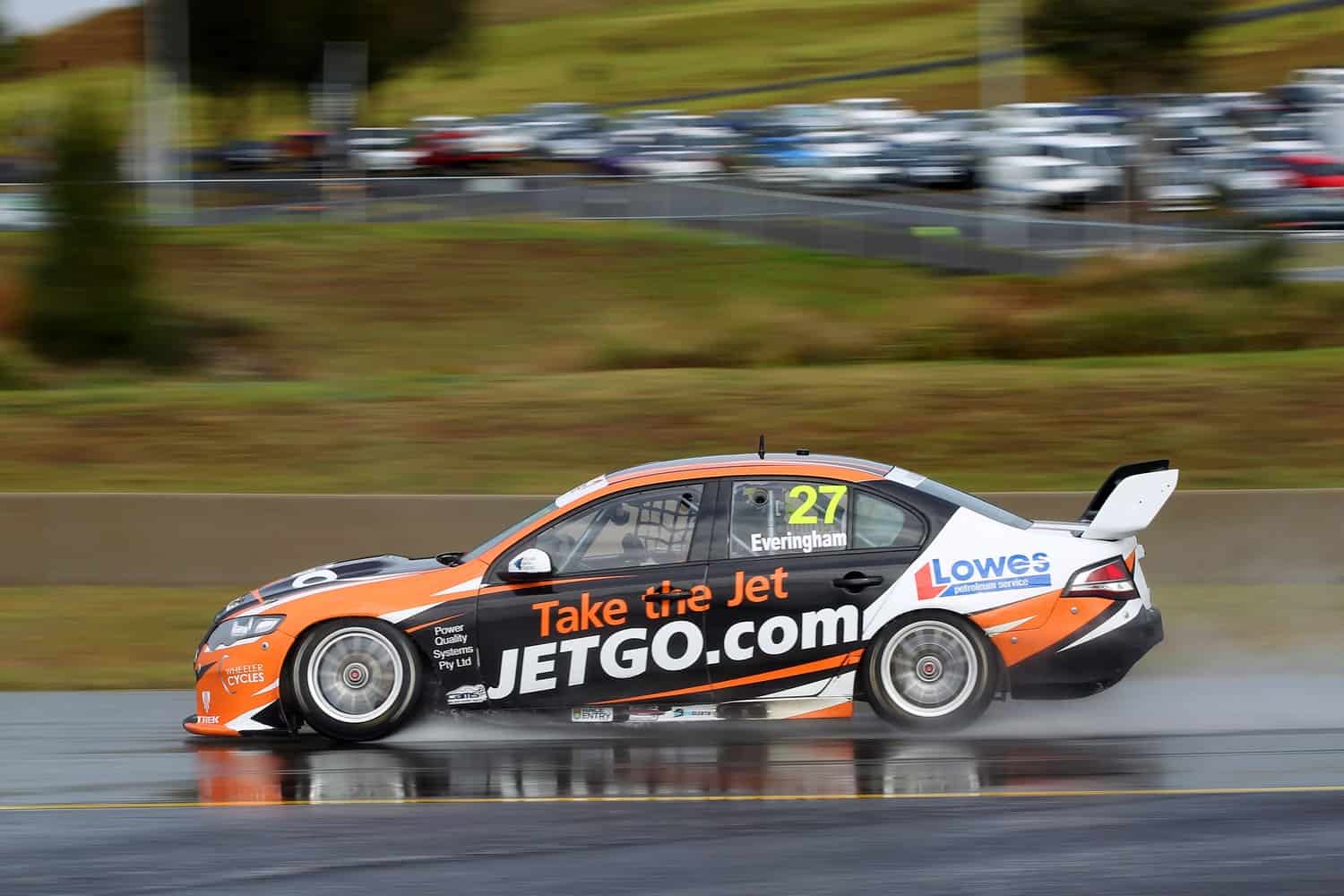 On a trying track Everingham banked a 1m44.49s best came late in the session as track conditions improved netting his first series pole and the first for MW Motorsport this year.

It was also the third different team / driver combination to take the top spot this year.

Jon McCorkindale split the MW Motorsport teammates his best of 1m45.56s falling a second short of the pole time however a full 1.2 seconds quicker than Zak Best who was third.

Brendan Strong qualified a career-best fourth in his VE Commodore however will be in doubt for todays first race (14:50pm) after crashing at turn one late in the session.

His ex-Kelly Racing Commodore was backed into the fence with damage to the right rear corner. The driver was unharmed.

Also in the personal best realm was the Wake Up Commodore of Warren Millet who was fifth.

Garry Hills was unable to replicate his Winton heroics where he qualified on the front row also on a drying track while Nandi Kiss and Steven Page completed the top-10.

Neill McDonald Cantrell and Foley completed the grid while Sean Fardell did not take to the wet Sydney Motorsport Park circuit in his ex-Perkins VX Commodore.