TYLER TAKES THE LEAD WITH RACE ONE WIN 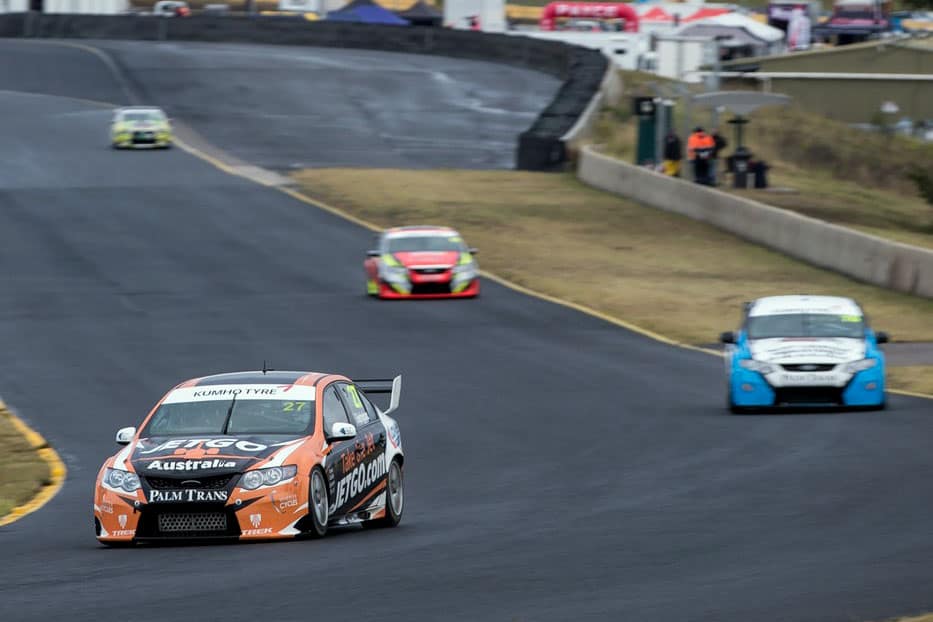 He led home teammate Zak Best and Jon McCorkindale in todays 10-lap affair and now leads the series by seven points as a result.

The MW Motorsport teenager from Dubbo started on pole however as has been often the case in this years Kumho series had to do things the hard way to achieve victory.

On a drying Sydney Motorsport Park circuit Everingham started on the wetter side of the road and as such was comfortably beaten into turn one by second-place starter Jon McCorkindale.

Compounding his issues a flying start from Michael Anderson who started fifth and Brendan Strong (who started fourth) saw him relegated to fourth place by the time the field ran through the first turn.

Contact with Strong in turn two saw the Commodore pilot spinning off the road and to the back of the field Everingham emerging third and Best fourth at the end of the first lap.

The contact was investigated post-race however officials judged it to be a racing incident with no penalty forthcoming. 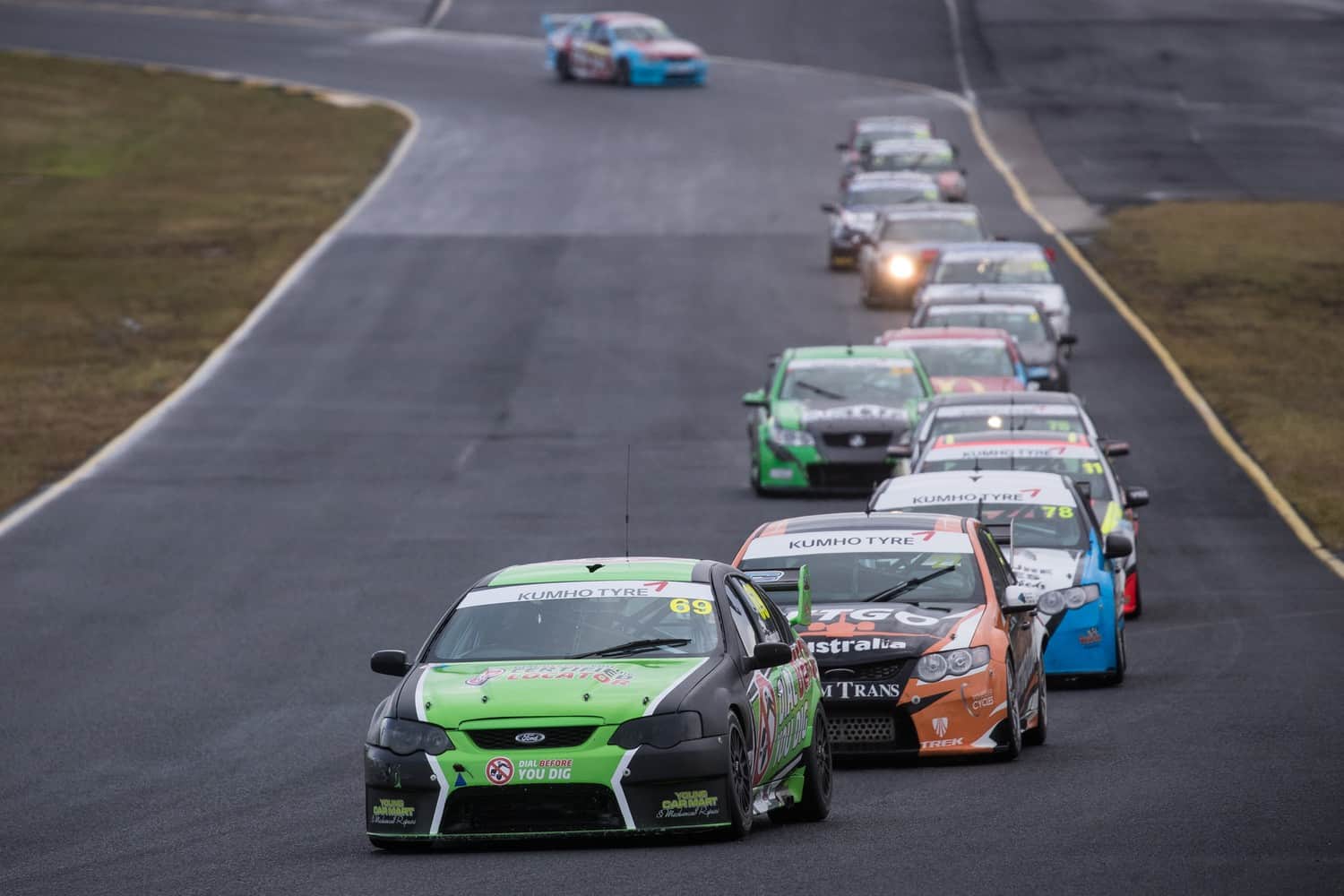 Anderson held on to second place for the first two laps resolutely defending his position while McCorkindale powered his Falcon to a nearly two-second advantage out in front.

Everingham and Best both passed Anderson at turn two on the third lap and then set about after the leader a chase aided when the Safety Car was called a lap later after Brad Neill spun at turn eleven.

McCorkindale executed a perfectly-judged restart when the race resumed on lap six and then remained in front for a further lap before both Everingham and Best slipped by at turn six.

The field finished in that order; Everingham leading Best and McCorkindale home while Anderson held out a fast-finishing Garry Hills for fourth and fifth.

Strong was aided by the Safety Car in his stout recovery drive a result compounded by an earlier recovery from his team after he crashed late in qualifying. 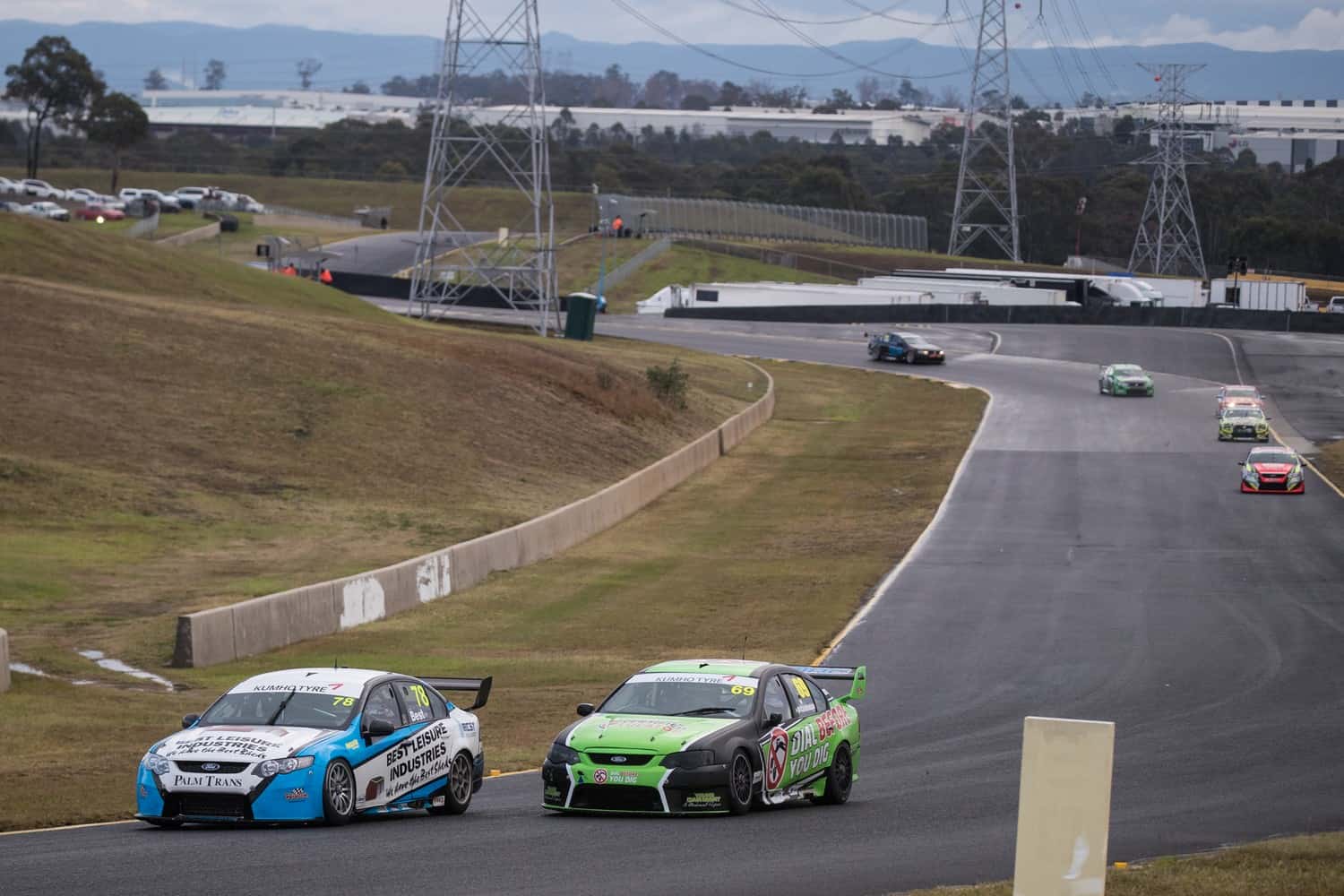 After locking in his spot on the second row the Strong Electrical car crashed at turn one and required significant repairs before taking the start this afternoon.

Warren Millet finished at the back of the field despite qualifying a personal-best fifth in his Wake-Up Backpackers Commodore.

However his gamble on slick tyres backfired with a spin on the formation lap dropping him to the back of the field.

He then struggled for grip during the race ultimately finishing thirteenth.

Everingham second win of the year elevates him to a seven-point margin at the top of the Kumho series standings with Best jumping to second.

Hills fifth-place saw him close the lead in the Kumho Cup battle with leader Jim Pollicina; the pair also split by just four points in fifth and sixth places respectively in the overall standings.

Michael Anderson trails them by just one point in a heated battle for the top five.

Two races will complete the third round of the Kumho Tyre Australian V8 Touring Car Series tomorrow at Sydney Motorsport Park; both to be streamed live via Blend Line TV.

PROVISIONAL STANDINGS After Race 1 Round 3