SYDNEY TO EVERINGHAM AS MCCORKINDALE STRIKES 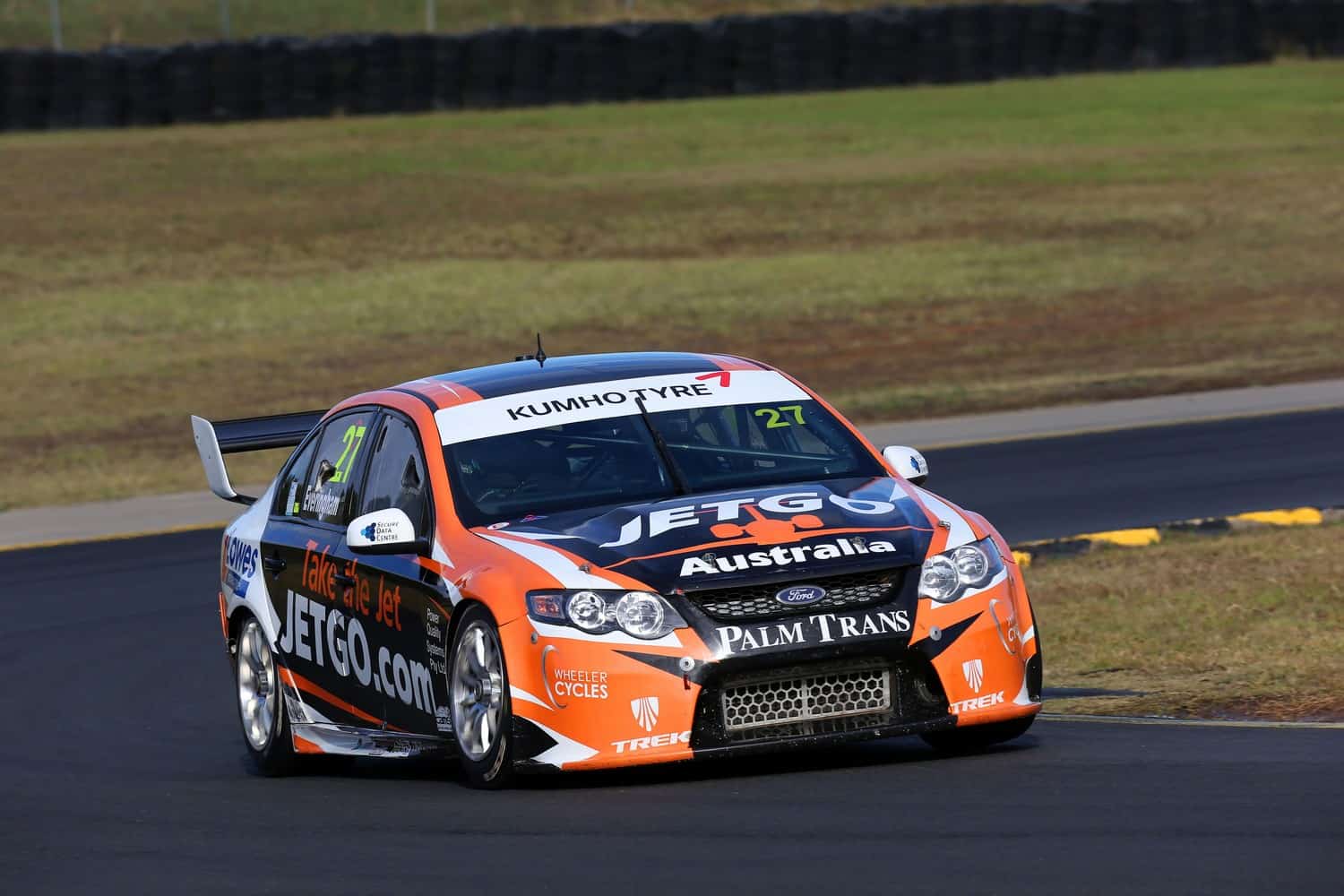 The MW Motorsport driver now leads the Kumho series standings by nine points ahead of teammate Zak Best while a brilliant race victory to Jon McCorkindale has him third in the standings ahead of the final two rounds.

While Everingham backed up his victory in race one with a storming drive in race two McCorkindale celebrated the end of an era with a well-judged wet weather drive in the 12-lap feature race to score his second Kumho Series win.

The New South wales driver has sold his faithful ex-James Courtney BF Falcon and will upgrade to newer machinery ahead of the next round at Queensland Raceway this July.

Everingham drove a measured race to third to ensure he won the round the first in his still-young Kumho series career ahead of the ever-consistent Zak Best and McCorkindale.

Jim Pollicina won the Kumho Cup class and was an outstanding fourth overall while Garry Hills and Warren Millet completed that podium. Andy Cantrell won the Heritage Cup with a series of strong performances in his 1998 EL Falcon.

â€œThe car speed has been good all weekend Everingham said.

â€œWe had amazing car pace and Im really happy especially since Im still getting used to the car.

â€œIts been a big learning process with the weight and the tyre but its all coming together. This weekend puts us in a really good championship position going into the next two rounds.

â€œIt looks like its going to go right down to the wire which will be great fun.

â€œIf I could get the starts right wed be unbeatable!

Starts remain the only weak point in the MW motorsport drivers armour; Everingham starting from pole but losing spots in each of the three races this weekend.

â€œIm just struggling to get it off the line with the clutch control but well get it right before QR he added. 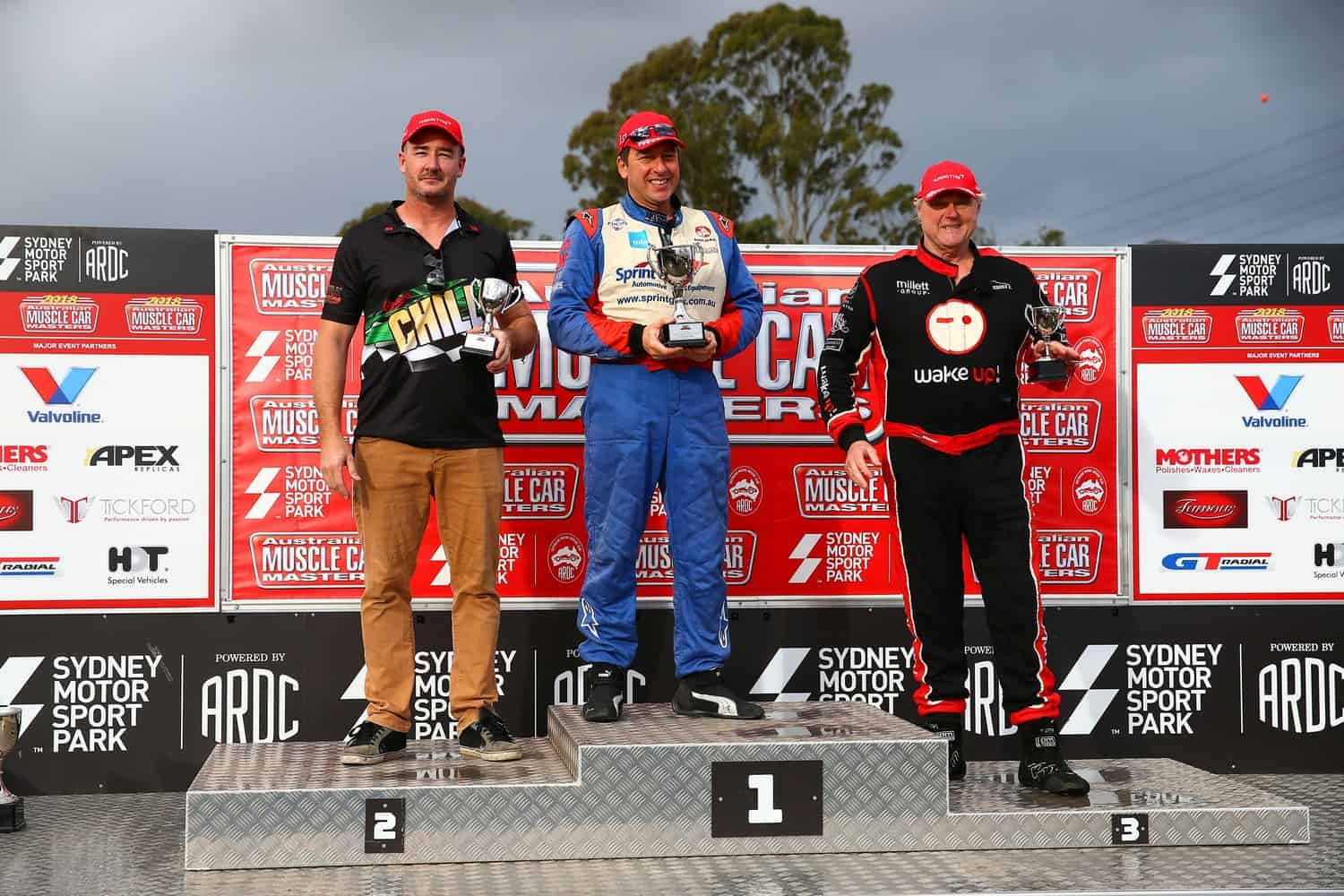 He again dropped to third at the start of race two in perfect conditions on Sunday morning forcing him to charge his way back to the front.

After passing Jon McCorkindale he set about his teammate Zak Best and broke the Kumho Series lap record in his pursuit.

He caught Best with two laps to go ultimately passing him at turn two on the final lap then withstanding a retaliatory attack from his teammate before clinching his third series race win.

After rain came prior to race three Everingham was again slow away and after chasing hard early elected to settle into third position behind Best and leader McCorkindale to ensure he would win the round.

Out front McCorkindale built a 4.5 second lead and then managed his margin as the race wound down to storm to his second series race win.

He remains in contention for the championship with a new car for Queensland likely to help his title aspirations. 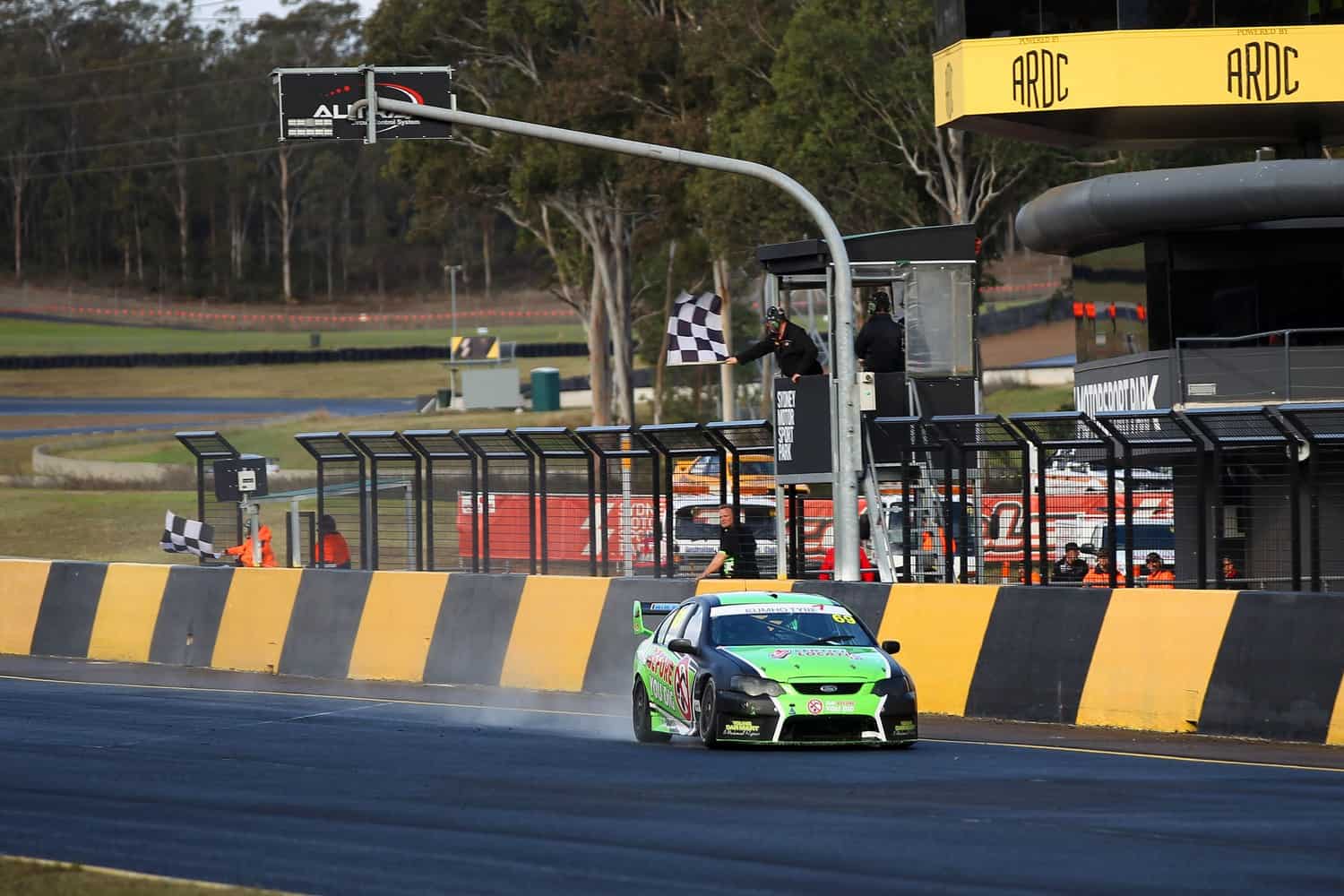 A consistent weekend from Zak Best saw him record a trio of second-placed finishes to ensure he remains a championship factor going into the final two rounds.

The Victorian teenager led the second race on Sunday morning and looked in a good position to win before Everingham charged through on the final lap.

He the ensured McCorkindale remained in sight in the 12-lap finale’ while at the same time fending off his teammate to secure the second step on the round podium.

McCorkindale was third overall ensuring he has progressed from fifth to fourth and now third in the last three rounds.

He backed up his strong race one performance with third in race two capitalising on a jammed gearshift in McCorkindales Falcon to finish in the top three for the first time this season.

He then finished fourth in the final race to edge away from Garry Hills Chill Commodore in both the outright and Kumho Cup standings.

Hills sits just 14 points behind Pollicina heading into the final two rounds with a close battle expected across the six final races at Queensland Raceway and The Bend Motorsport Park respectively.

Missing in action on Sunday was Falcon ace Michael Anderson.

The Kenwood Homes car was a racy proposition on Saturday finishing fourth – however was forced to withdraw from Sundays proceedings when his car developed serious engine issues on start-up prior to race two. Still Anderson holds seventh in the standings.

The series returns to Queensland Raceway in late July before continuing the Supercars program in late August at the inaugural The Bend Supersprint which doubles as the season finale.

Highlights from the Australian Muscle Car masters will air on TV at a later date check the V8 Touring Cars website for more details.

STANDINGS – AFTER 3 of 5 ROUNDS