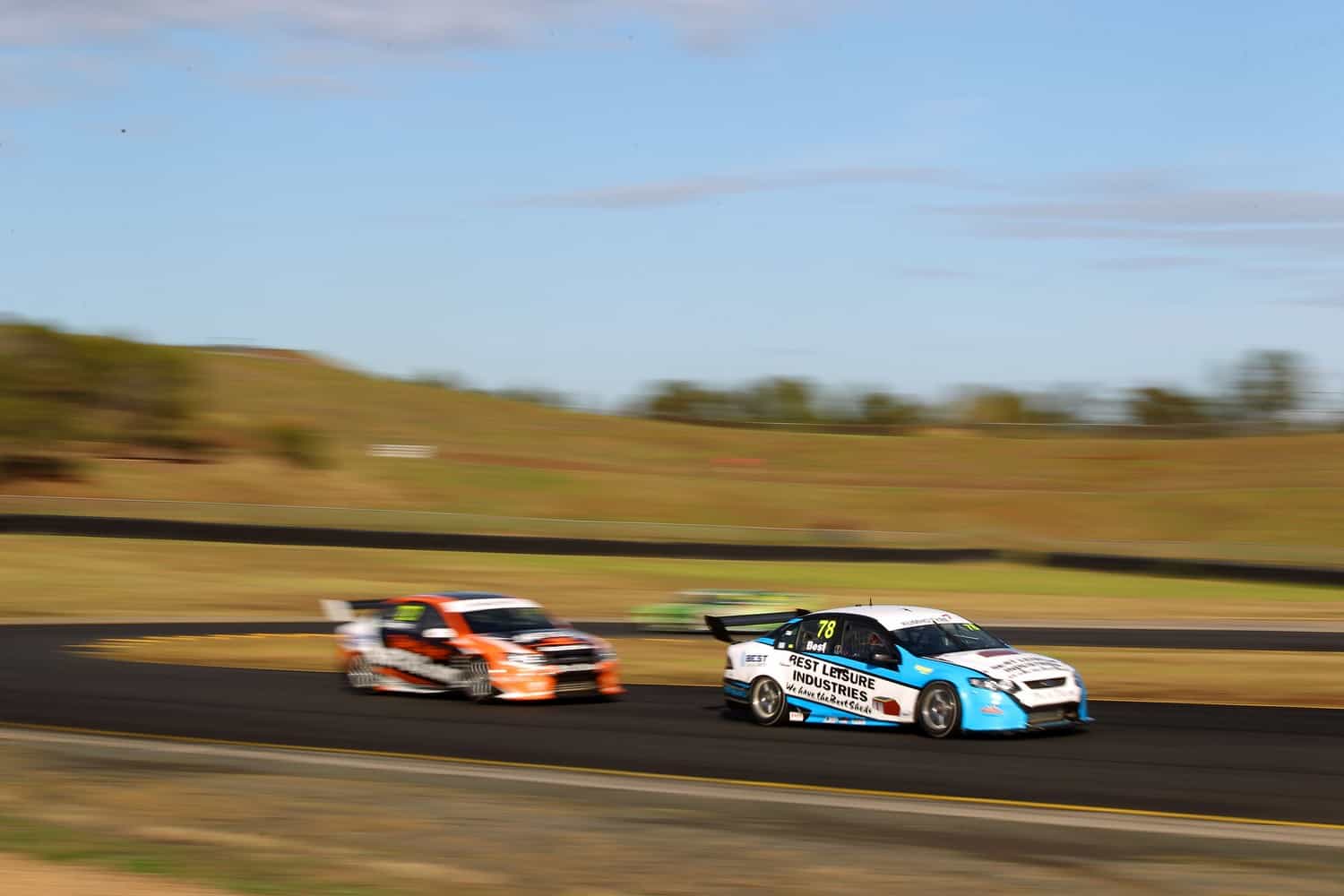 THE ADDITION of three young future stars to the grid coupled with new machinery for an established frontrunner will add further spice to an already hot Kumho Tyre Australian V8 Touring Car Series battle this weekend at Queensland Raceway.

The penultimate round of the 2018 series will see MW Motorsport teammates Tyler Everingham and Zak Best continue to battle for the championship lead Everingham leading Best by just nine points.

However the ever-increasing depth at the pointy-end of the field will make things less than simple for the two Ford-driving young guns.

Erickson joins the series from a background racing in the V8 Ute series and will drive the ex-Stone Brothers Racing Falcon once raced by Shane van Gisbergen.

The 20-year-old makes a racing return this weekend having spent much of the last 15 months recovering from fractured vertebrae in his back following a crash in British Formula 3 last year.

Hayek will drive the BJR Commodore that dominated the Queensland Raceway round twelve months ago in the hands of Jack Smith qualifying on pole and winning all three races as he closed in on the title.

Meanwhile perennial series frontrunner Jon McCorkindale hopes that the acquisition of new machinery will elevate his chances of competing for the championship this year.

The driver from Young in New South Wales currently sits third in the series trailing leader Everingham by 72 points. He was a race winner last time out at Sydney Motorsport Park in what would turn out to be the final race for his ex-Stone Brothers Racing BF Falcon.

With more than 250 points still up for grabs across the final two rounds McCorkindale remains a serious contender in what is turning out to be an all-Ford fight for the title.

Everingham and Best have finished on the podium at every round so far this year in what has been an intense inter-team battle.

At Phillip Islands season opener Best was second and Everingham third while positions were reversed next time out at Winton.

Everingham then won the most recent round at Sydney Motorsport Park to edge away from his teammate in the series lead.

Just as competitive will be the battle for the Kumho Cup class which is this year being dominated by Holden Commodore-based runners.

The pair also sit fifth and sixth in the outright championship respectively following three consistent rounds for both drivers.

Mark Primmer returns in his Falcon as does Jason Foley in his ex-DJR BF.

The Kumho Series will tackle three races this weekend at the Coates Hire Ipswich Supersprint event at Queensland Raceway.

Each race will be shown live on FOX Sports 506 as will practice and qualifying.

Head to www.v8touringcars.com.au for more information.