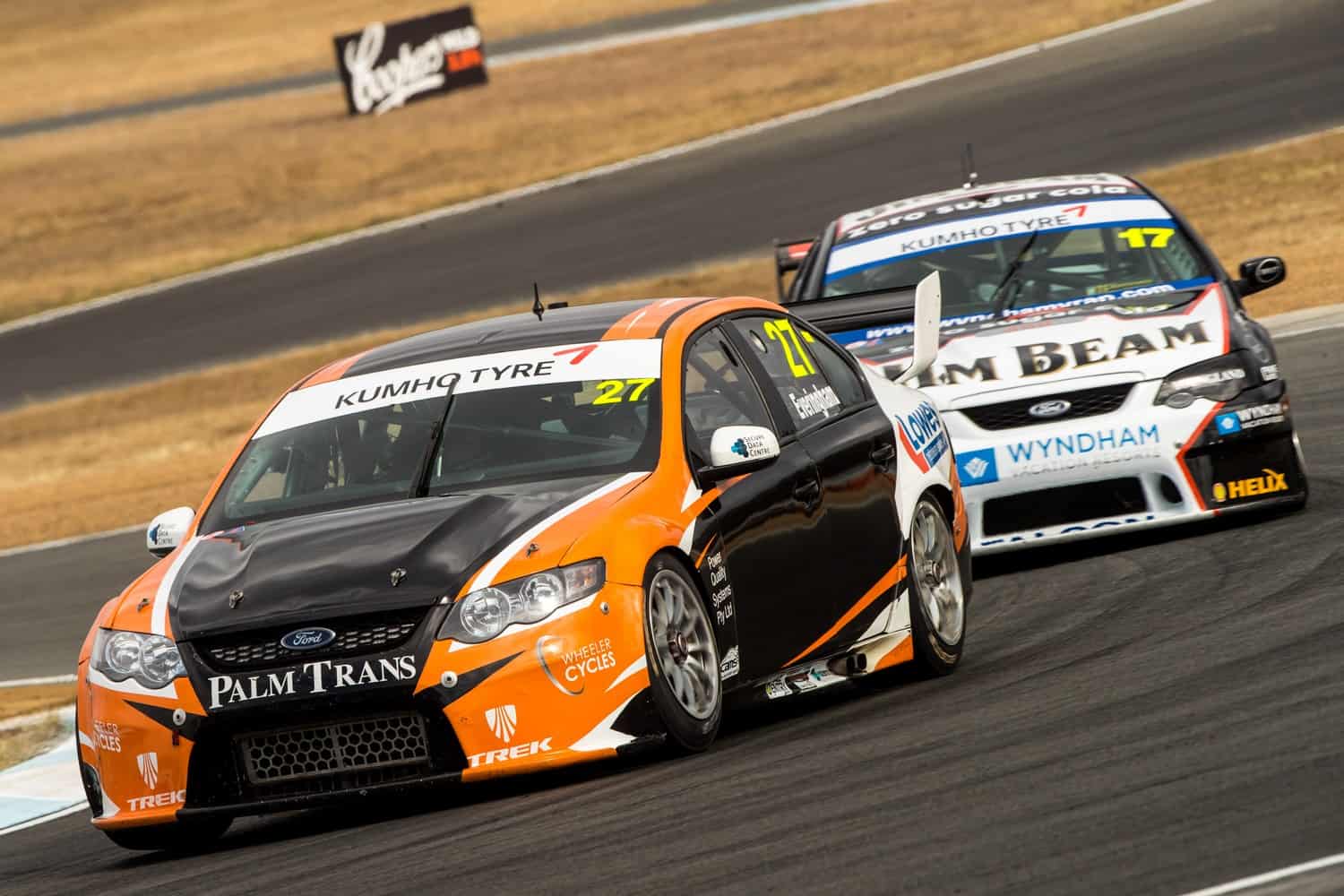 The Dubbo youngster topped the first 20-minute session in dry conditions and then did the same on a rapidly drying circuit later in the afternoon following a surprise rain shower earlier in the day.

Practice one started in bright sunshine and it was the pair of MW Motorsport Falcons who dominated.

Harley Haber was fourth for Image Racing while Brad Neill was a superb fifth in his ex-Shane van Gisbergen Falcon.

A promising debut for his new car saw Jon McCorkindale sixth despite several niggling new-car issues that presented in his first proper run in the ex-Steven Johnson Ford. 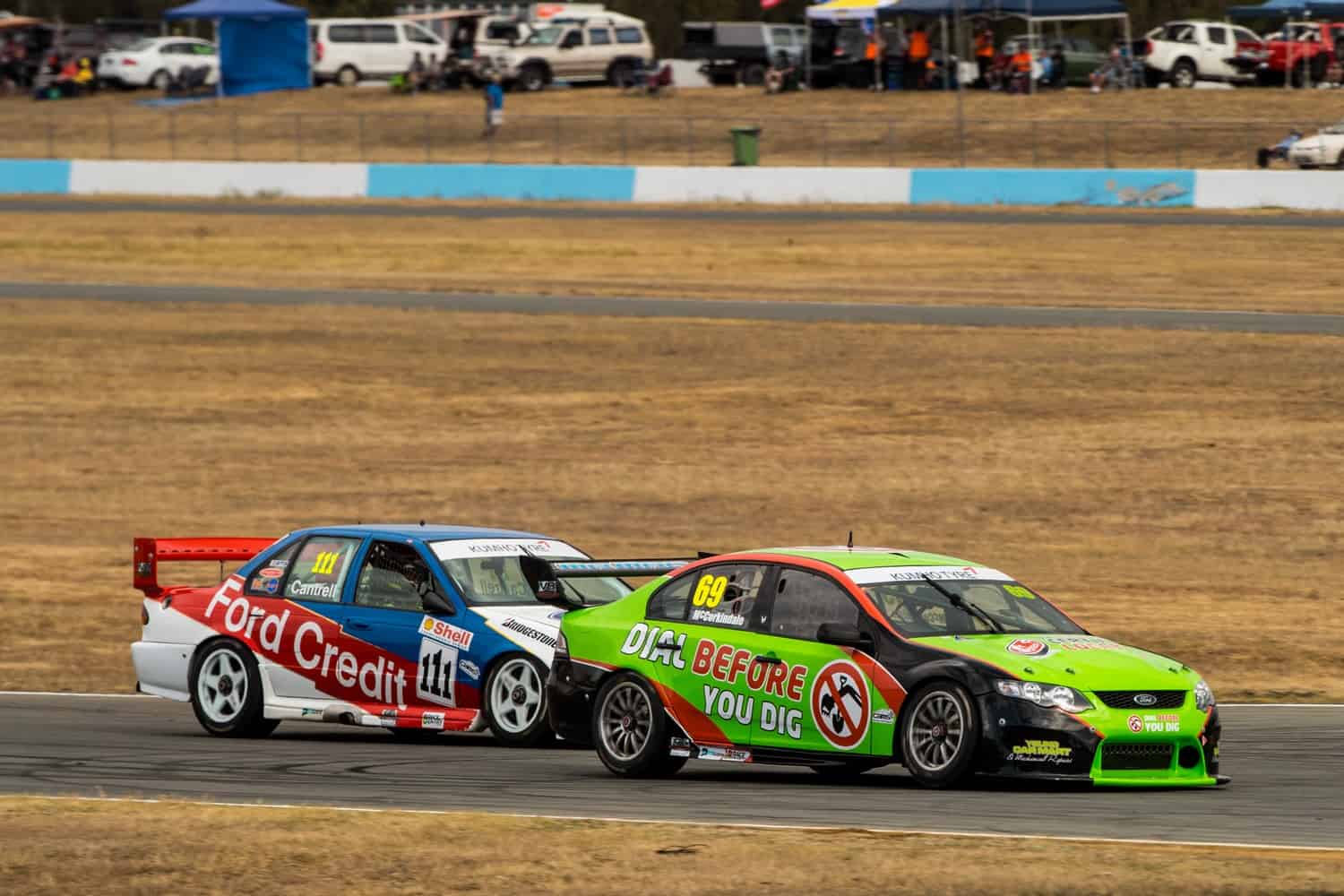 While the MW Motorsport duo elected to sit out the opening half of the session times rapidly dropped amongst those who did elect to run.

Maxim Erickson held the top spot for the early stanza before a late run from Everingham saw him leap to the top his final of six laps ultimately his fastest at 1m16.35s some five seconds slower than his practice one best.

Zac Best also jumped to the top at the very end of the session ending up a full second behind his teammate.

Erickson was third 0.2 seconds quicker than Hayek who ended a strong day in fourth. 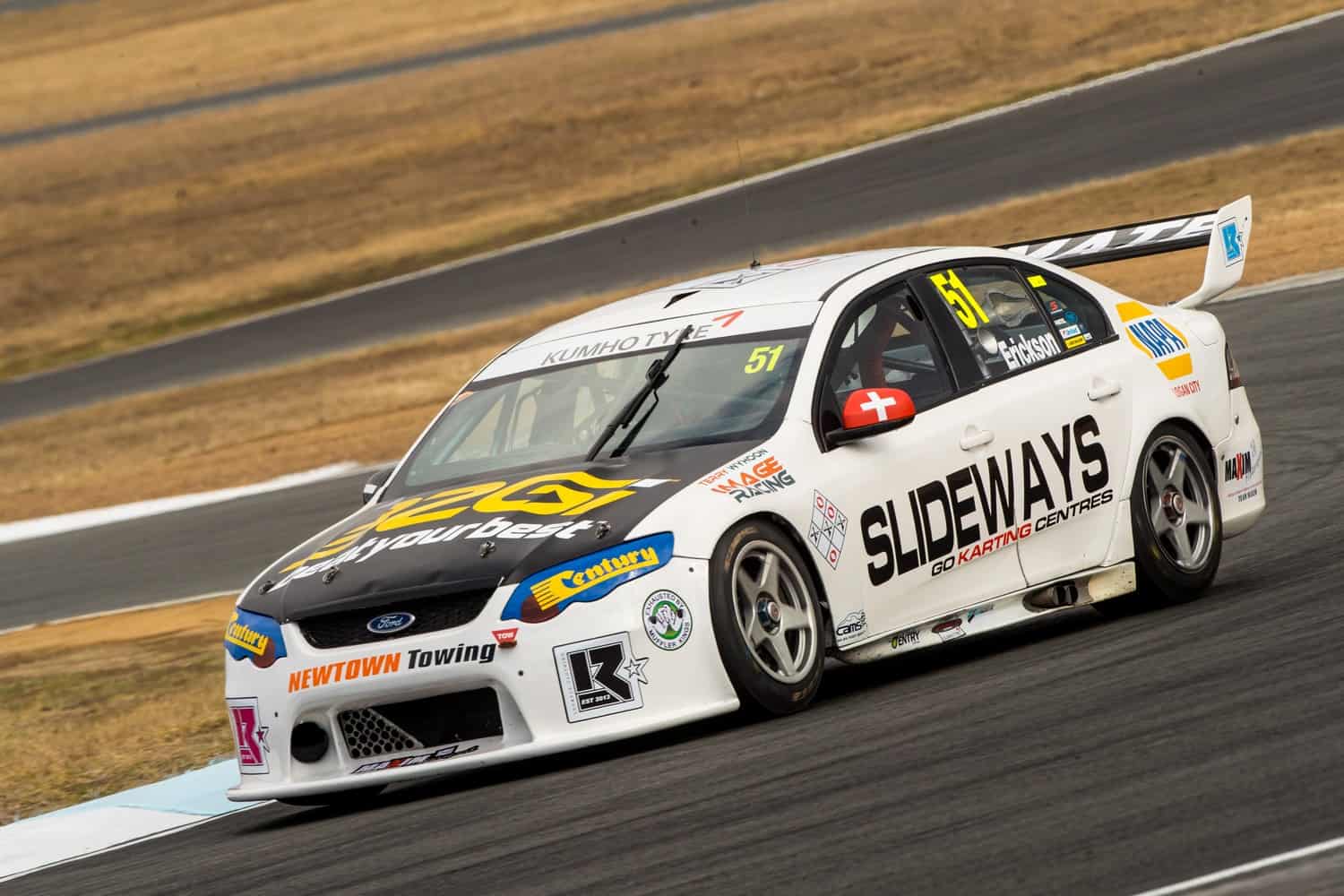 Smerdon was one of several drivers who elected to wait out the opening portion of the session while he circuit dried ultimately only requiring seven laps to post his best time.

As it was in practice one the bottom half of the top-10 was intensely competitive. Just 0.12s covering Smerdon in fifth to the eight-placed Michael Anderson.

Both sessions will be live on Fox Sports 506 tomorrow.