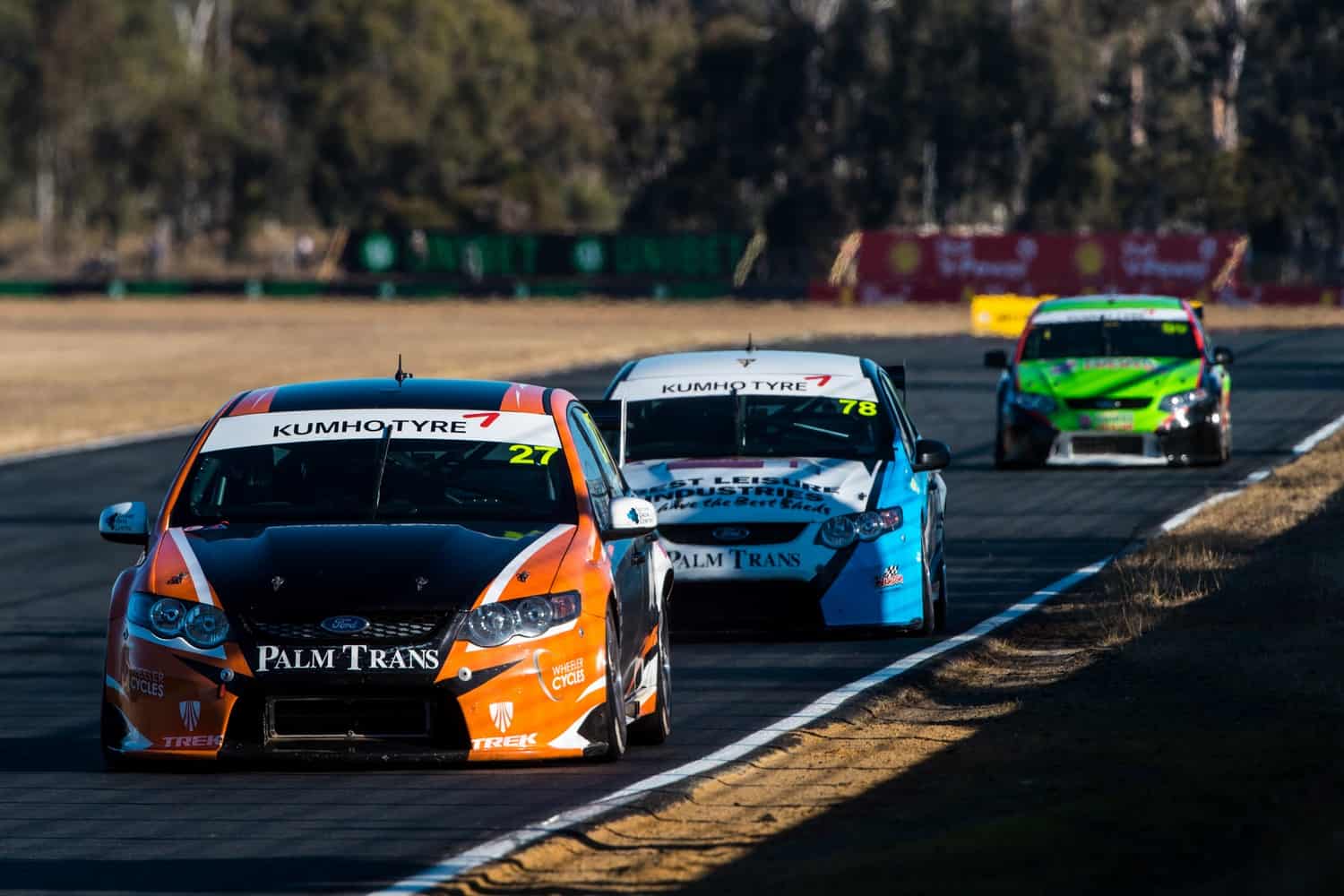 Zak Best had reduced Everinghams narrow nine-point championship lead to just six by virtue of grabbing his first Kumho series pole position earlier in the day and the three bonus points that went with it.

However a fourth win of the year to date later in the day edged the advantage back towards the advantage of the youngster from Dubbo thanks to a strong drive and a winning pass for the lead.

Best made the better start from the front row and led the field into turn one while Everinghams slower start saw him mixed with Harry Hayek Jon McCorkindale and Harley Haber in a battle for second place.

He hung around the outside of turn three and passed Hayek into turn fourth to reclaim second mid-way through the opening lap.

He then set about chasing the nearly two-second margin his teammate had established ultimately catching him by the fifth lap.

The pair ran in close company before Everingham sailed down the inside at turn six on the eighth lap. He punched out the fastest lap of the race soon after en route to a race win.

McCorkindale was a strong third in his first drive of his new FG Falcon. 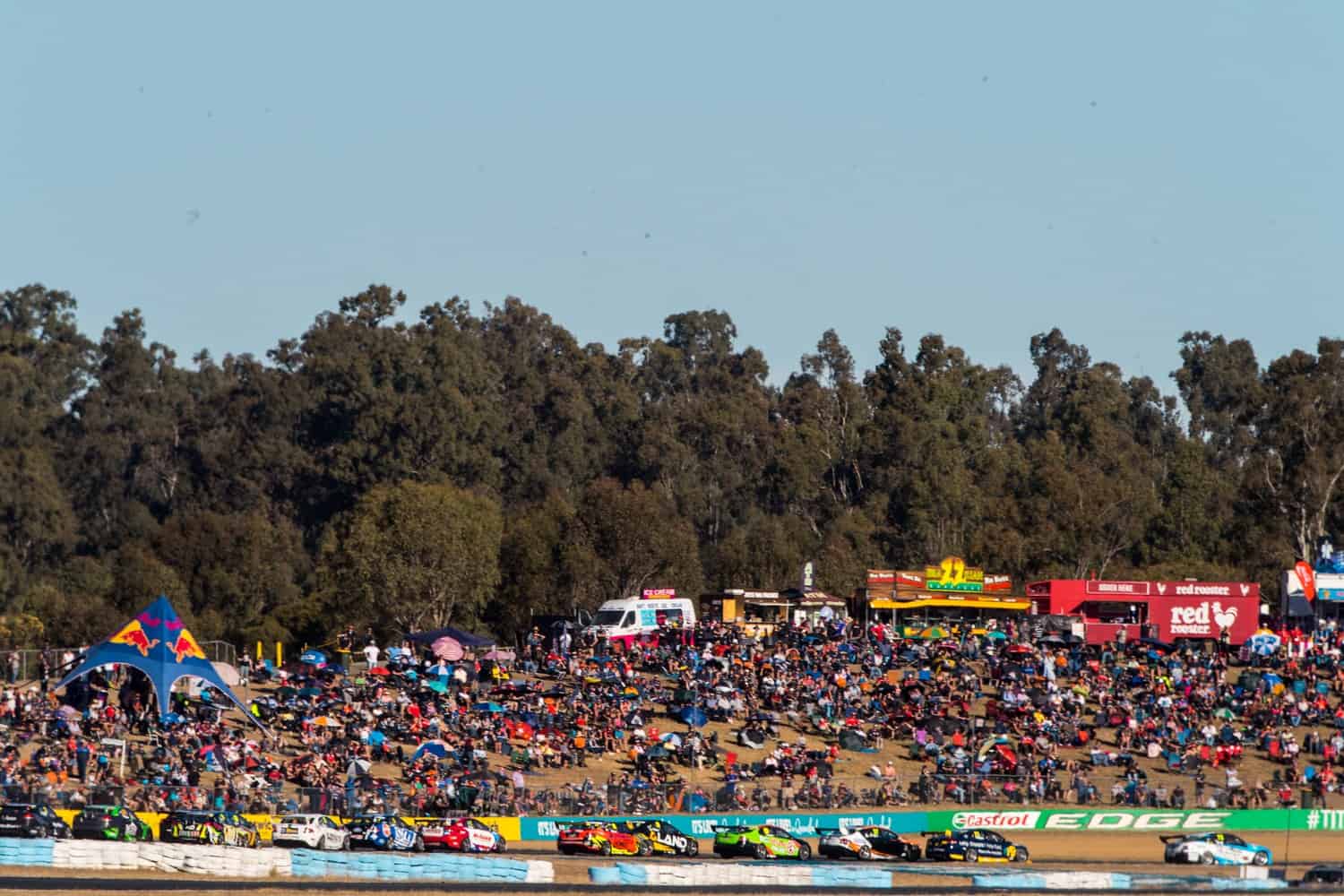 He slipped to fourth at the end of lap one however charged passed Hayek on the second lap and then followed Everingham in his chase of the race leader.

He finished just 1.2 seconds behind second place and also set the second fastest lap of the race in what was a promising debut for his new ride.

Harley Haber impressed on his debut improving one position to fourth after a quiet race in his Image Racing Falcon while Hayek battled to fifth after several entertaining contests throughout the 13-lap duration.

One of those fights was with Michael Anderson the BJR Commodore climbing into the top five with four laps to go after the pair scrapped for several laps. 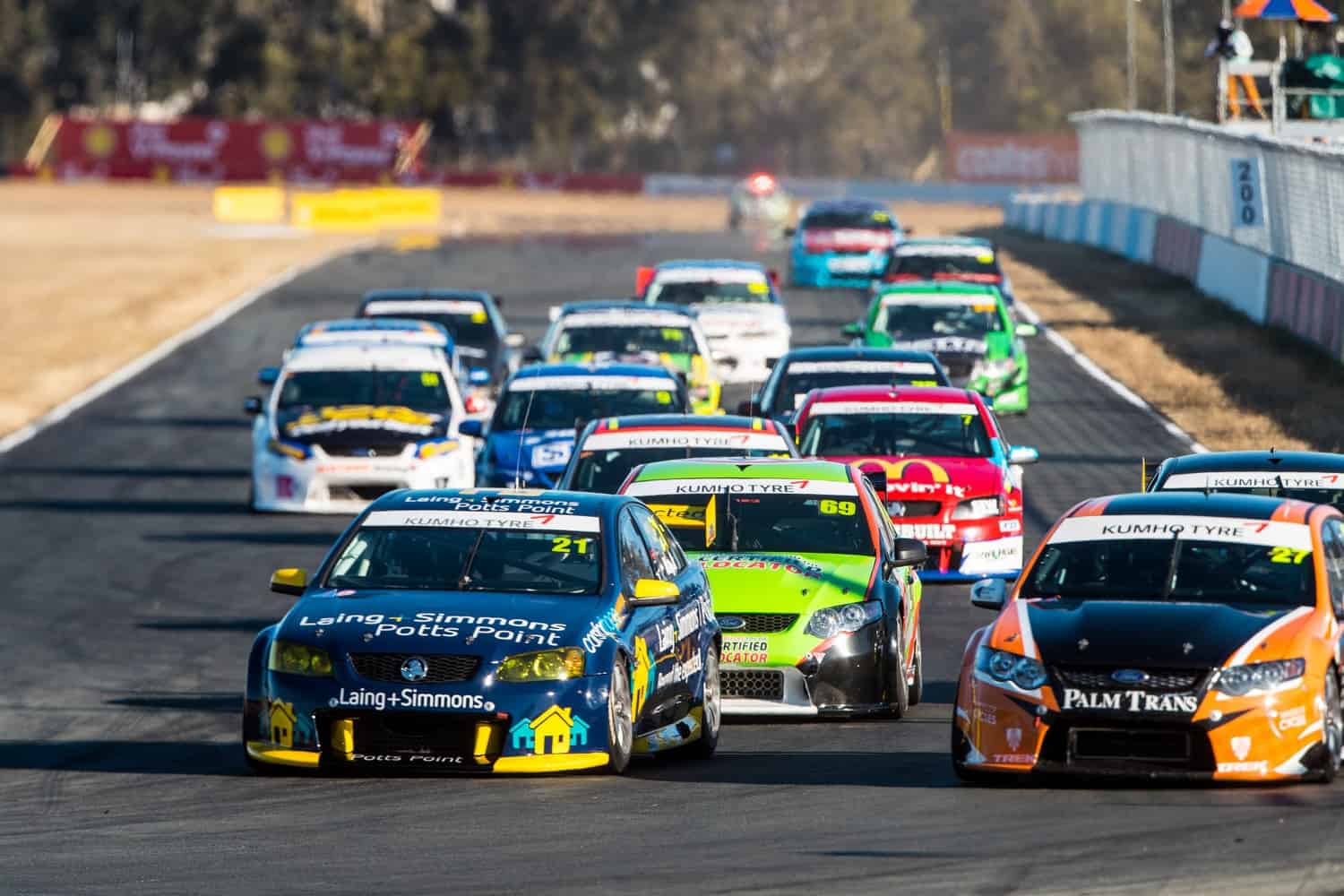 A highlight of his race included a multiple-lap battle with Brendan Strong as the pair scrapped for eighth place. The pair swapped the position several times in a great display of clean racing.

Both races will be shown live on FOX Sports 506 on Sunday.