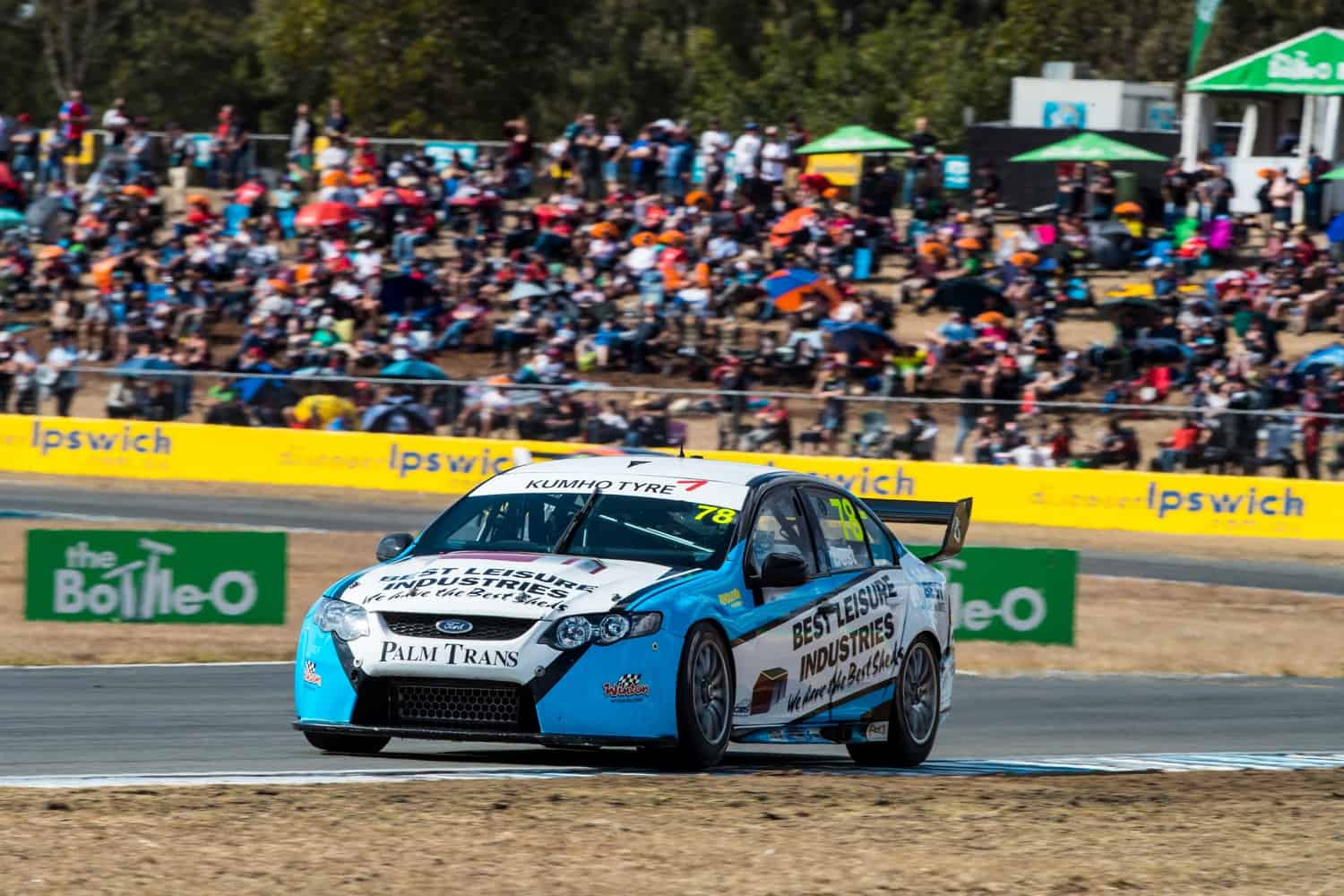 The pair head to the season finale at The Bend Motorsport Park this August split by just nine points after Best edged out his teammate to win Round 4 at Queensland Raceway on a countback.

Everingham won the first two races at the Ipswich circuit but a superb response in the finale coupled with valuable bonus points for pole position saw Best win his second race of the year and take his first overall round trophy in the process.

The net result is that the pair will enter the final round split by the same tiny margin that they entered the penultimate round just nine points.

â€œThe weekend started well in practice and continued into qualifying. I was really happy to get my first pole Best said.

â€œI didnt waste a set of green tyres which gave us a really good chance in race three. The car was great and I was just focussing on hitting my marks and bringing the car home.

Best said he was already thinking about the looming showdown in Adelaide next month.

â€œIts a brand new circuit that no one knows so its a level playing field. Hopefully we can get a test day in before it. But I am looking forward to it. 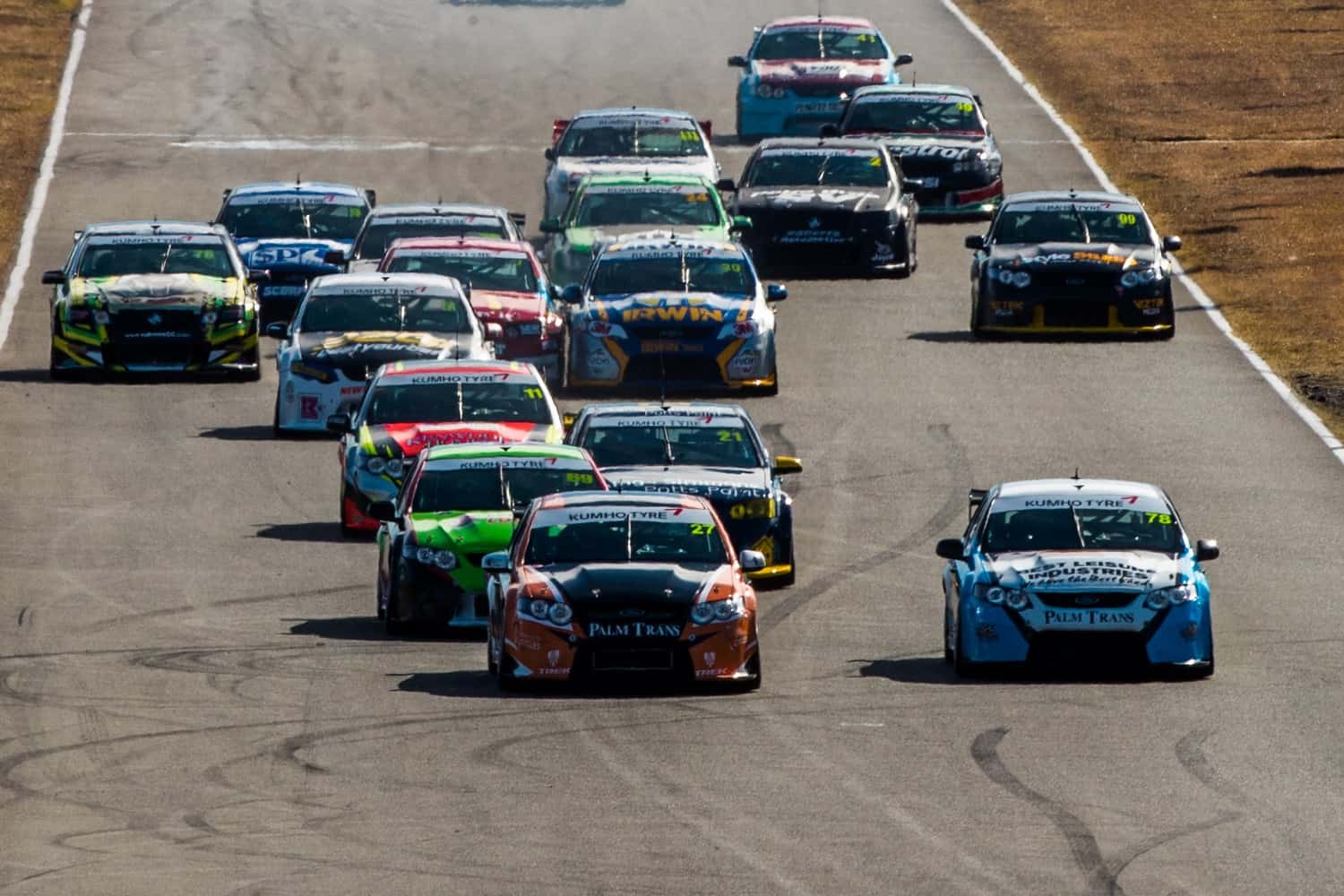 Everingham backed up his race one win on Saturday with another lights-to-flag performance in race two on Sunday morning shaded to the line by Best and Jon McCorkindale.

That relatively drama-free trio changed things up at the start of the finale however when poor starts from both MW Motorsport Falcons saw McCorkindale a surprise leader into the first corner.

The New South Wales driver picked off Everingham before the first turn and then nabbed Best moments later to lead the opening lap.

Best soon worked his way past McCorkindale who then spent the next two laps fending Everingham off in what would turn out to be a key moment in the race.

That allowed the leader to build a small yet seemingly comfortable margin in front used to good effect by Best once Everingham had passed McCorkindale for second on the fourth lap.

The anticipated pursuit never really occurred Best having pace enough to build a nearly four-second margin before the flag dropped.

With the third race offering more points than the first two Bests three bonus points for pole ensured that he tied his teammate for the overall round standings the countback decided on the highest placed finisher in the final race. 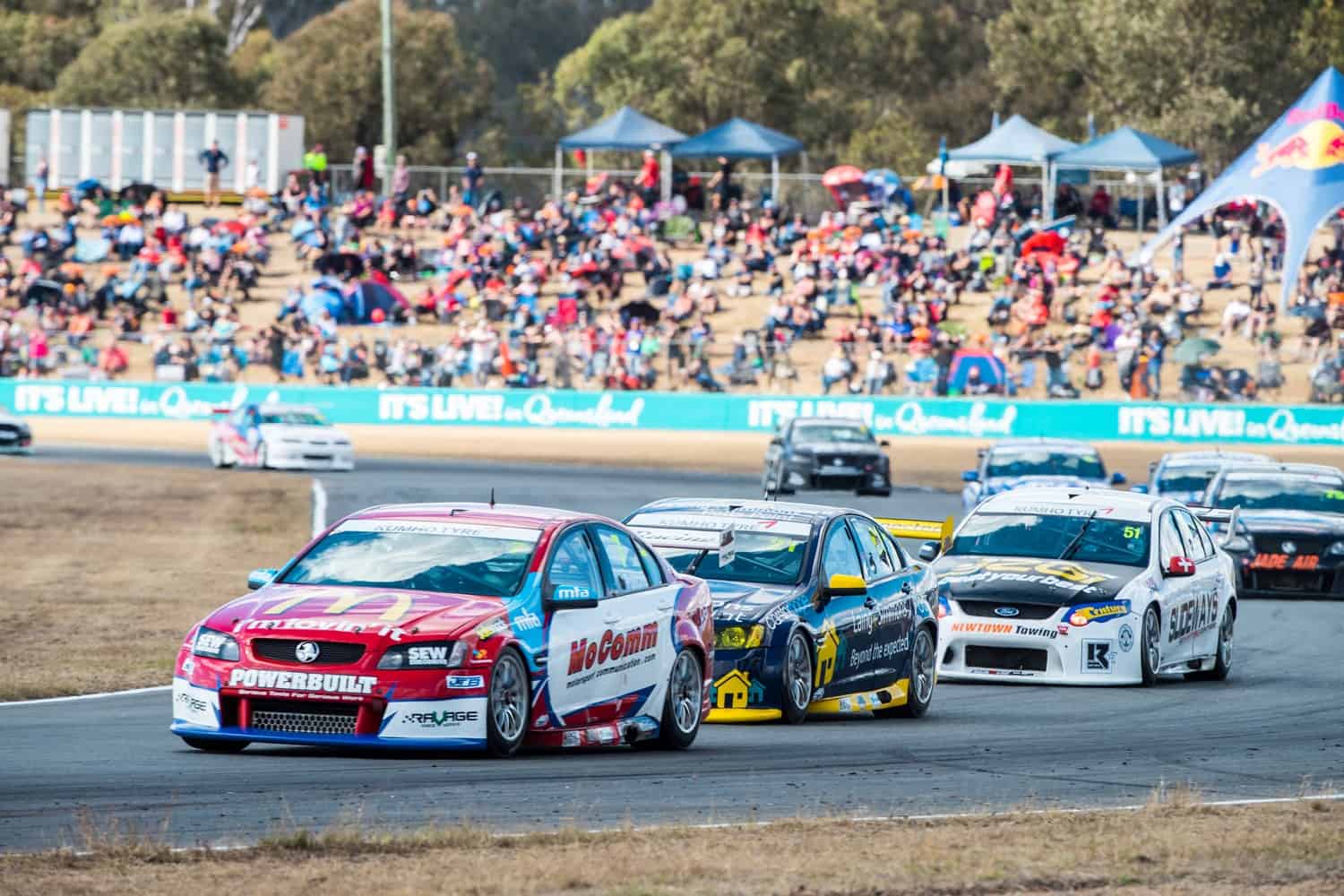 A trio of third-placed finishes saw McCorkindale also grab third overall for the round for the second straight round.

With one round remaining Everingham leads Best by nine points with McCorkindale remaining in mathematical calculations for the title 96-points behind. 143 points are available at Tailem Bend.

In the battle for the Kumho Cup Jim Pollicina extended his class lead with another strong and consistent performance across the weekend.

That was aided by a rough Queensland visit for Garry Hills who spun in race two only to be unfortunately collected by Bradley Neill the Chill Commodore too damaged to continue to the final race.

That elevated Brendan Strong to second in class his best performance of the season to date.

Pollicina now holds a comfortable 124-point lead over Hills in the Kumho Cup battle while Smerdon leads a resurgent Strong by just five points in a battle for third.

The OTR The Bend Supersprint will be held at the brand-new Adelaide venue on August 24-26.