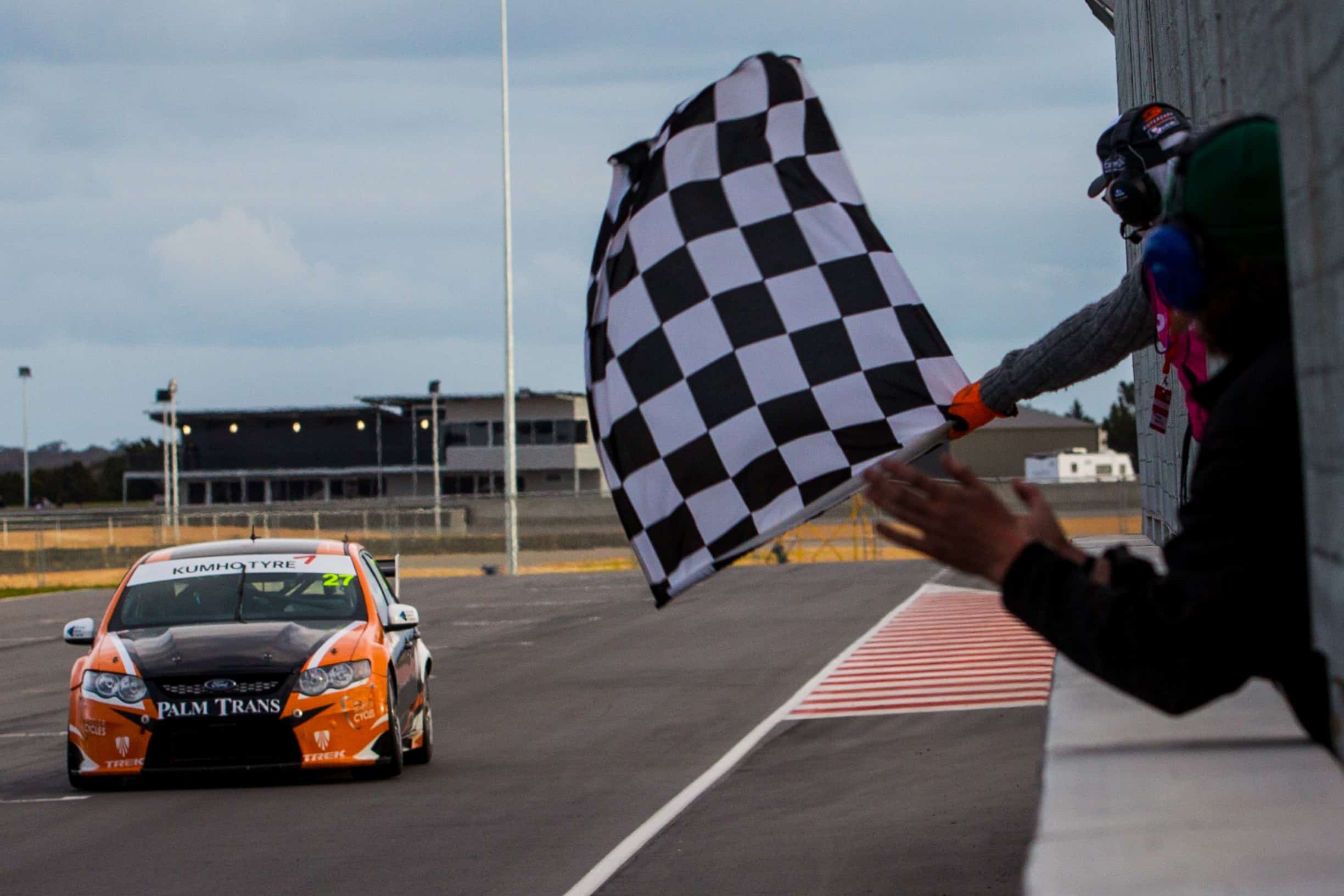 Everingham from Dubbo in country New South Wales won all three races at the brand-new circuit to become the first national champion crowned at the South Australian venue.

The title was the outright national title for the open-wheel graduate and the first Kumho Series title for his well-established and successful team MW Motorsport.

He ultimately edged out teammate Zak Best by just 33 points after a year long battle between the teenage pair.

â€œIt has been a really competitive year and the battle with Zak (Best) has been really tight since the opening round.

â€œIt has been very tense this weekend but fortunately the weekend fell together for us to get the championship.

â€œTo have a major national series under my belt is fantastic. It was my first year in a Supercar against much more experienced guys its been a great learning experience and Im hoping to progress to the next level Super 2 with the Matt White Motorsport guys.

After winning the first two races of the weekend Everingham needed to only finish in front of teammate Zak Best in the 9-lap finale to seal the title but predictably things werent that straightforward. 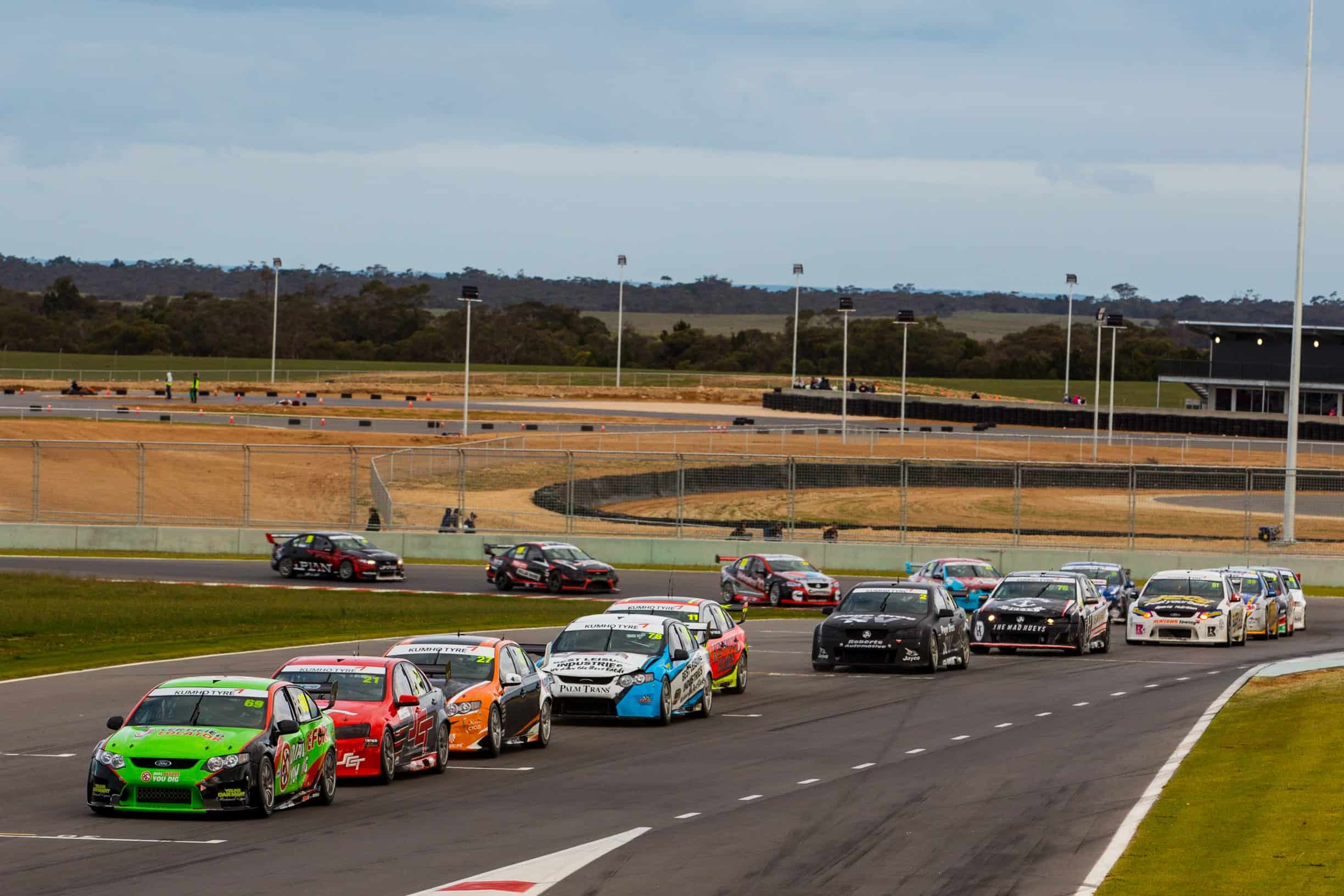 A dramatic start saw Everingham slow away from pole as fourth-placed McCorkindale stormed to the lead by turn one the pair making contact prior to the corner.

There was further contact at turn six as the pair collided mid-turn bending Everinghams steering and the exhaust on McCorkindales similar Falcon.

A dramatic restart following an early Safety Car saw Everingham ultimately scrap his way to the front from third position where he would remain to seal the title with an emphatic hard-fought victory.

Jack Smith finished second overall at The Bend while Zak Best recovered to third place after an adventurous final race.

After a frenetic start Best ran fourth early however dropped to seventh after a high-speed off at turn seven mid-race.

A storming recovery drive saw him scythe his way back to third place by the flag securing him a place on the podium and second place in the championship following a season that delivered two pole positions two race wins and several starring performances.

In the end race wins would prove the difference between the pair Everinghams seven race wins proving enough to deliver him the title.

After entering the round nine points in front of Best Everingham ultimately finished 33 in front of his 16-year-old teammate. 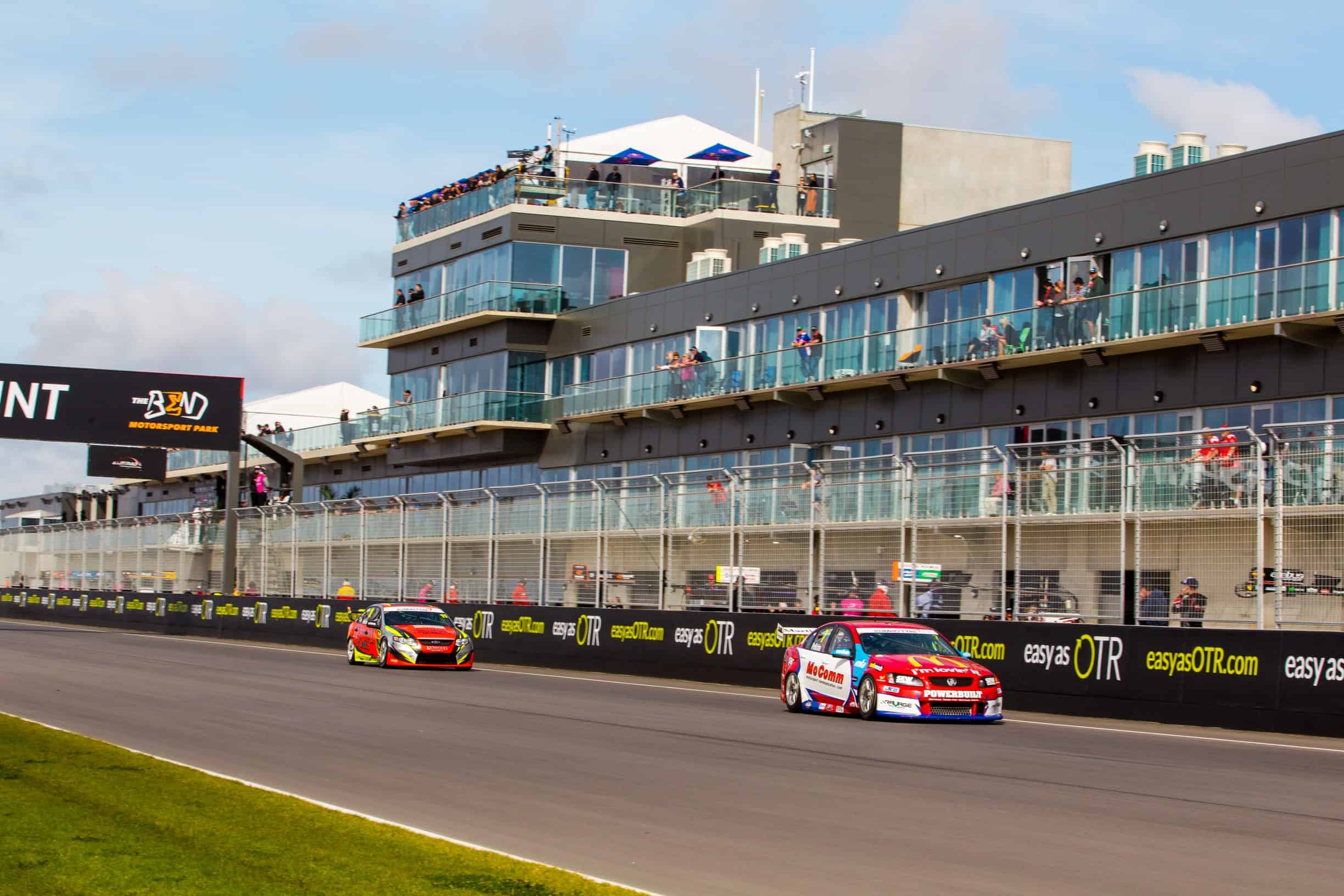 The result was also the first title win for Ford since 2013 when Shae Davies won the championship and edged Ford ahead of Holden 6-5 in the title victories ledger.

McCorkindale just missed the round five podium overall but secured third place in the championship following a great season for the privateer runner.

A race win and podium finishes in four of the five rounds marked his best year in the Kumho Series yet with several opportunities to lead races throughout the season including twice this weekend. He ultimately finished 147 points behind the series winner after entering the round in mathematical contention for the title.

The Sydney driver also won the Kumho Cup crown for the third season aboard his ex-Tasman Motorsport Holden Commodore.

Andy Cantrell won the Heritage Cup battle this year in his ex-GSR EL Falcon also finishing a strong 15th overall in the championship despite running the oldest car in the field by some margin.

Bradley Neill won the series Most Improved award for 2018 after a series of strong performances since upgrading to his ex-SBR FG Falcon run by Matt Stone Racing.

The Kumho Series returns in 2018 with a calendar to be announced in the near future.