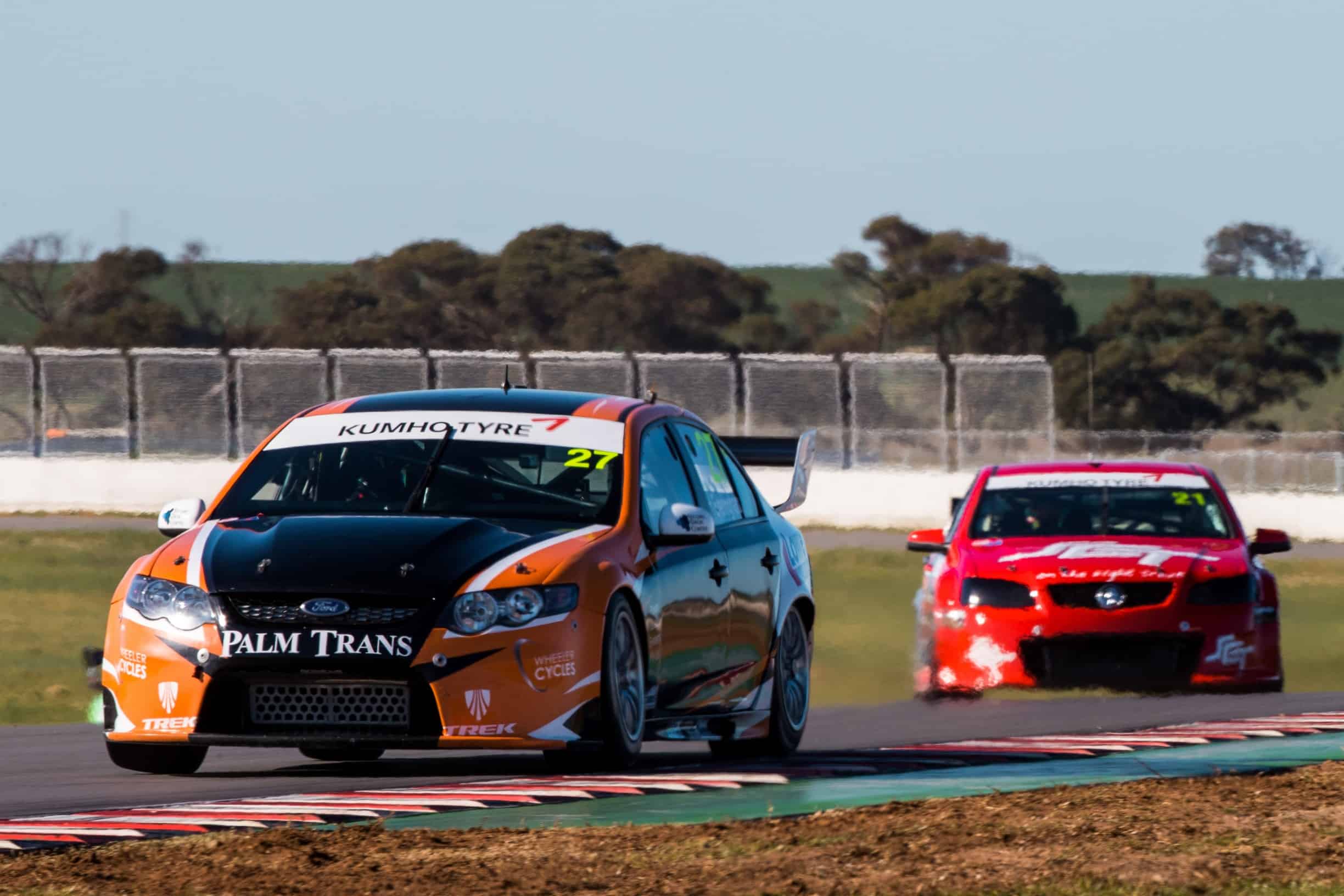 The 17-year-old from Dubbo in New South Wales led from lights to flag to take his second straight victory his sixth of the year and edge away from closest rival Zak Best in their inter-team battle for the Kumho Series crown.

With Best finishing second the margin between the pair is now 20 points heading into the final race later this afternoon.

It means that should Best win the final race of the season Everingham can afford to finish fourth and still would claim the title by one point.

Best endured another challenging start to his race as he fell behind Brad Jones Racing driver Jack Smith at turn one.

He then spent several laps trying to pass the Red Holden slipping past at turn 17 on the third lap only for Smith to retake the position one lap later.

That didnt last long however Smith dropping the position a few corners later when he ran wide at turn one handing the spot back to Best.

McCorkindale finished fourth for the second time in two races while Harley Haber had a consistent run to fifth position in his Image Racing Falcon.

The third and final race of the weekend and the title decider will be contested over nine laps at 15:55pm local time.

The race will be shown on a slight delay on FOX Sports 506 following Supercars Trackside.