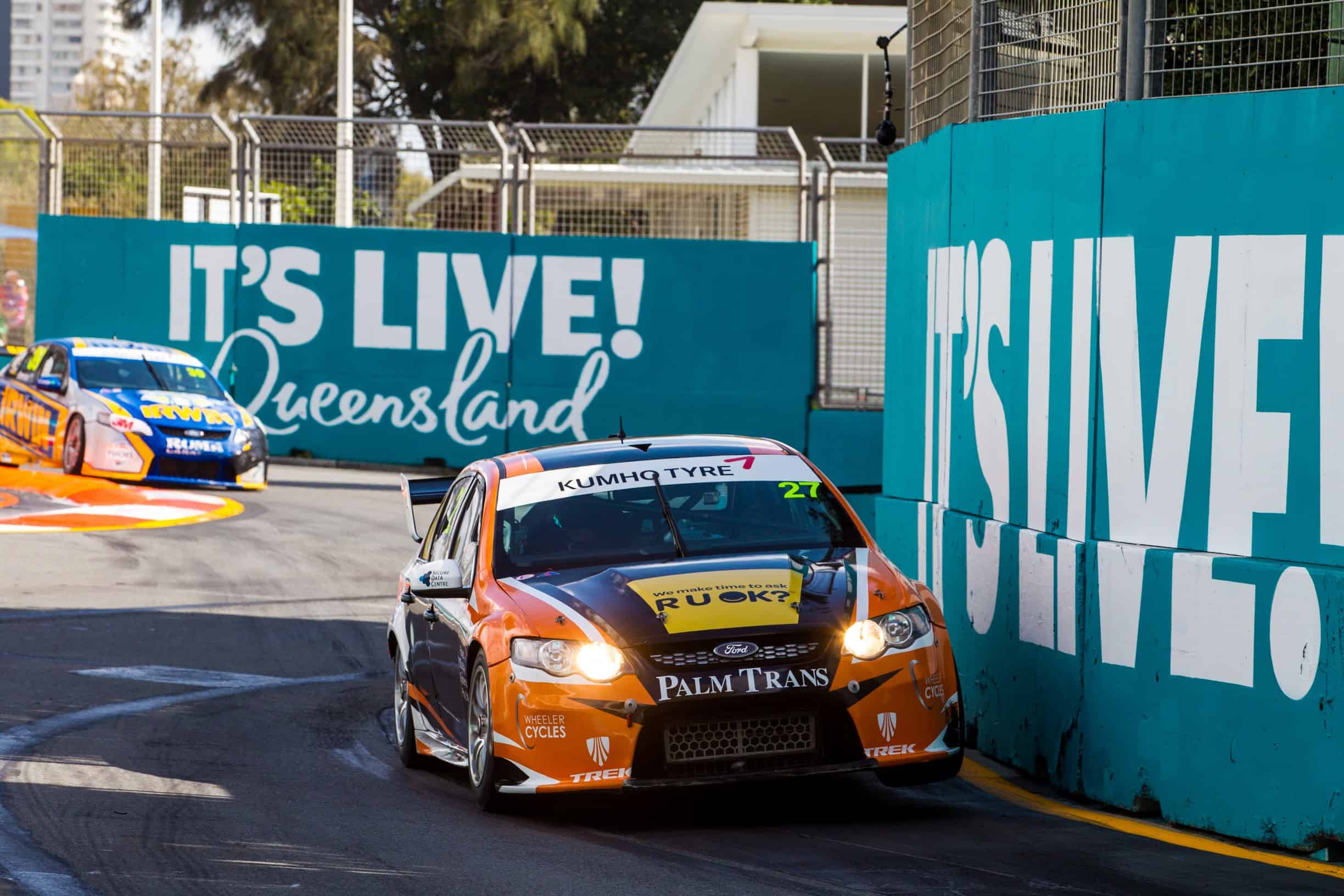 Smith started second but made a perfect start and beat Everingham into the first corner the pair trading fastest laps as they pulled away from the field in the scheduled 12-lap affair.

The margin was never more than a second between the pair with Smith holding sway until encountering lapped traffic in the closing laps.

Smith swung around the outside of Stephen Coes VE Commodore at turn 12 however was not completely clear of the slower car when he turned in for the next corner the pair making contact.

That turned Smiths car around making contact with the tyres and ending his race.

Everingham was close behind and also hit Coes Commodore but was able to continue on in the lead when the Safety Car was called.

The race was finished a lap early under Safety Car conditions due to the lengthy clean up required.

He launched off the line well and built a margin over nearest rival Jon McCorkindale in the early laps of the race.

The Dial Before you Dig racer closed later in the race and the pair had looked to battle for what would have been the final step on the podium prior to Smiths unfortunate race-ending crash.

McCorkindale ultimately settled for third with Chris Smerdon fourth and Michael Anderson improving from eighth on the grid to fifth at the finish. Brendan Strong finished sixth with Shane Hunt and Bradley Neill completing the runners. Smith and Coe failed to finish as did Blake Fardell who pulled off the circuit at turn four.

Gary Collins failed to start after suspension issues with his car in qualifying though will return tomorrow.

Earlier Everingham grabbed pole position with a flying 1m13.5670s lap that would see him userp Smith by half a second.

Smith had tried to bank a late flyer however after making it to the control line in time to set one final flyer ended up short cutting the turn one chicane and losing his chance at a final shot at pole.

Kyle Austin edged out McCorkindale by 0.1 seconds for third position with Smerdon and Hunt completing the third row.