MCCORKINDALE A SURPRISE WINNER ON THE GOLD COAST 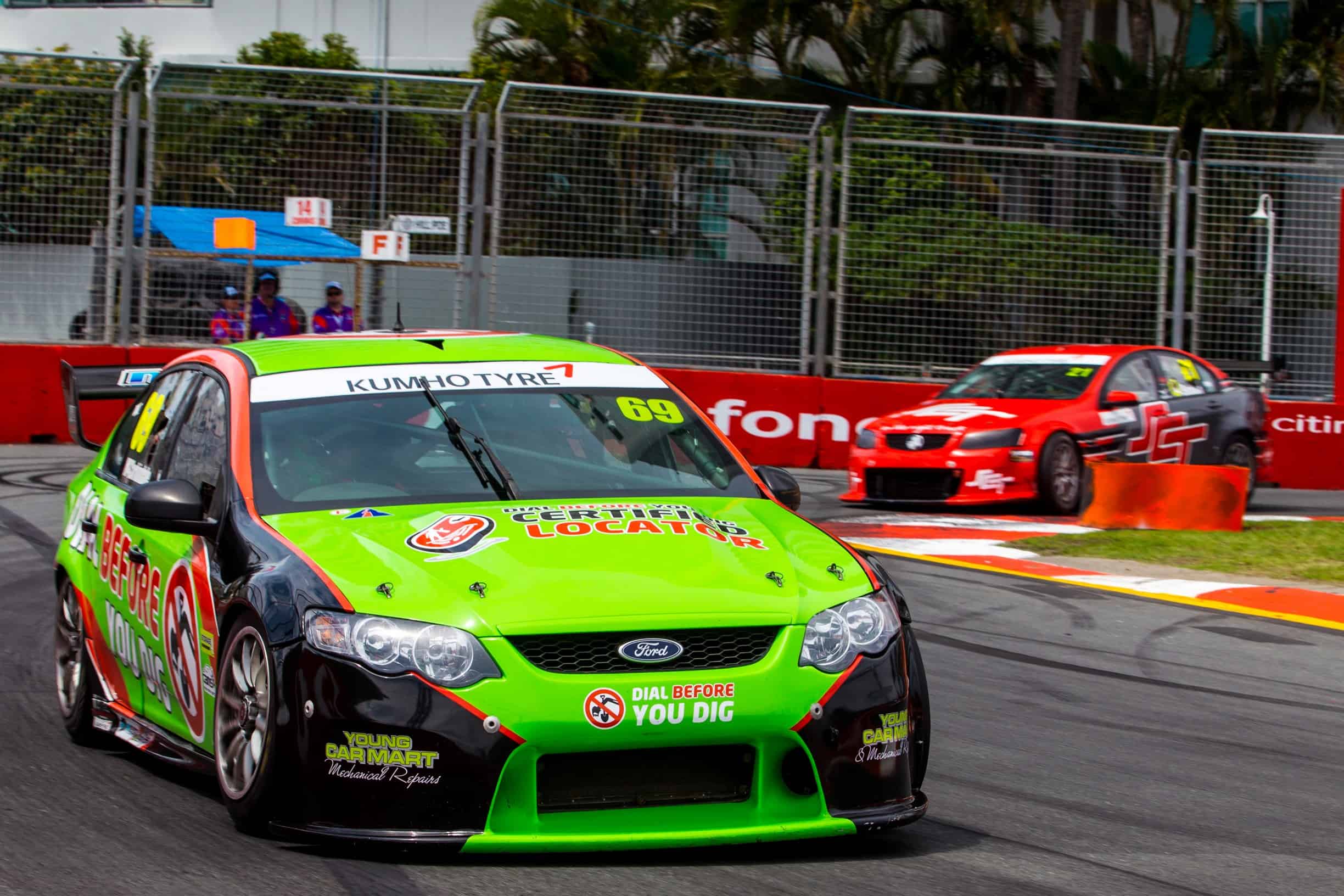 As drama surrounded the duelling champions in Jack Smith and Tyler Everingham McCorkindale emerged unscathed with a trio of consistent performances to win the round overall without actually winning a race.

After backing up his consistent run to third in race one on Saturday McCorkindale finished second in both races on Sunday to seal the overall round victory over Kyle Austin and a recovering Jack Smith.

Though not for championship points its McCorkindales first overall round victory in his two seasons of competition in the Kumho Series.

His win comes despite a challenging Friday at the event where he completed just 12 laps in practice after a series of mechanical issues struck his FG Falcon.

Sundays pair of races proved dramatic as Smiths recovery from his non-finish on Saturday was countered by drama for Tyler Everingham.

Race two was a dramatic affair that commenced early on Sunday Morning with Everingham starting from pole and Smith from the back of the grid.

The Brad Jones Racing Commodore driver made quick work through the grid working his way to the top three within three laps. 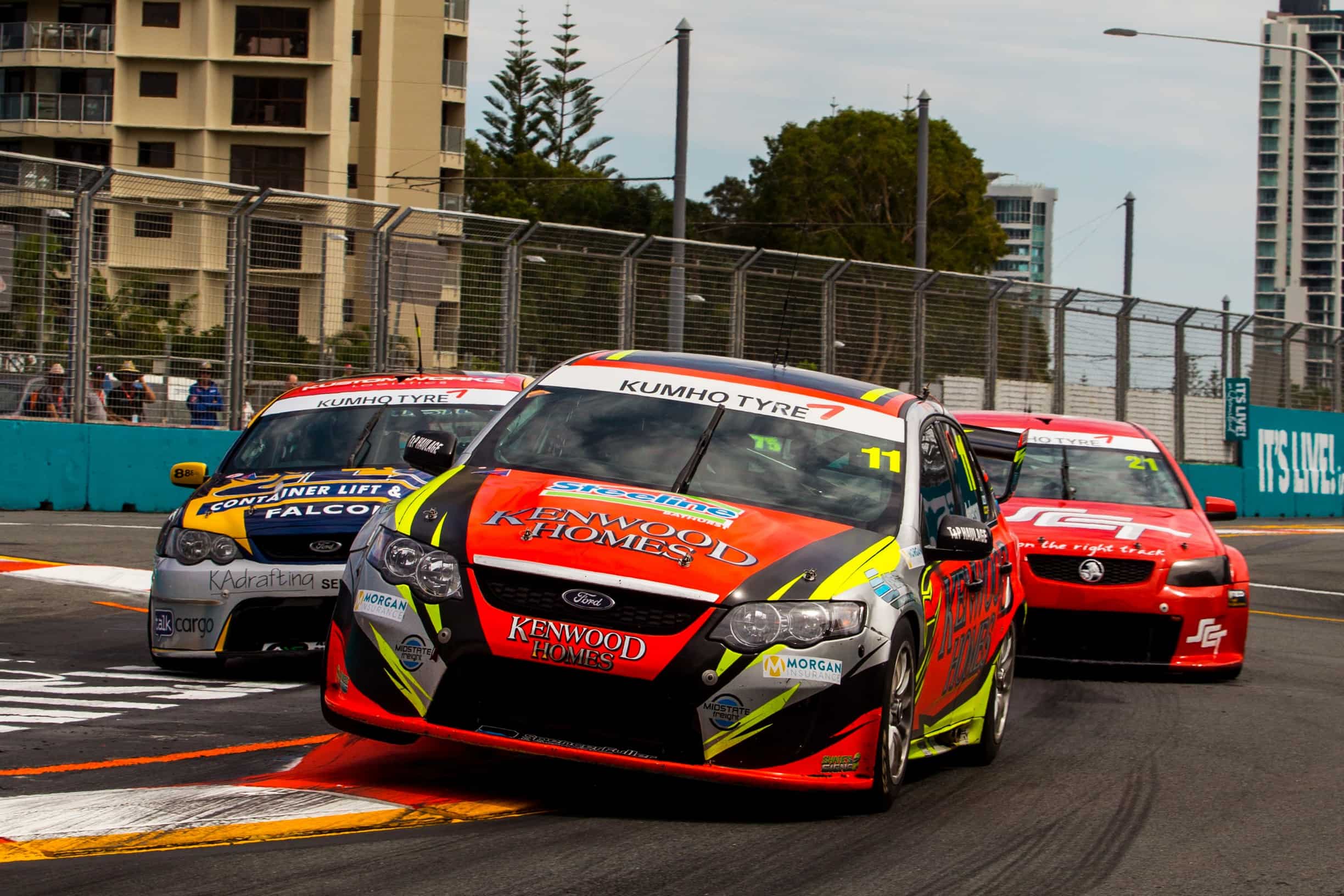 He was closing on Jon McCorkindale for second when leader Everingham crashed at turn 11.

A broken right-front suspension component looked to be a tell-tale sign of the reason the MW Motorsport Ford ended up in the barriers.

The teenager emerged unscathed from the incident though his car was heavily damaged and the race was slowed under Safety Car.

Competition resumed three laps later with a three-lap dash to the flag Smith applying considerable pressure to the rear of McCorkindales Falcon. The privateer runner set his fastest lap of the entire weekend as he attempted to maintain the lead only falling to Smith after a heady battle with just over a lap remaining.

Damage to Everinghams car proved too significant to repair prior to the final race of the weekend with the current series champion forced to watch from the sidelines.

Smith then started from the third row of the grid for the final race based on his points from races one and two.

He carved his way through the field as McCorkindale built an early margin in front. 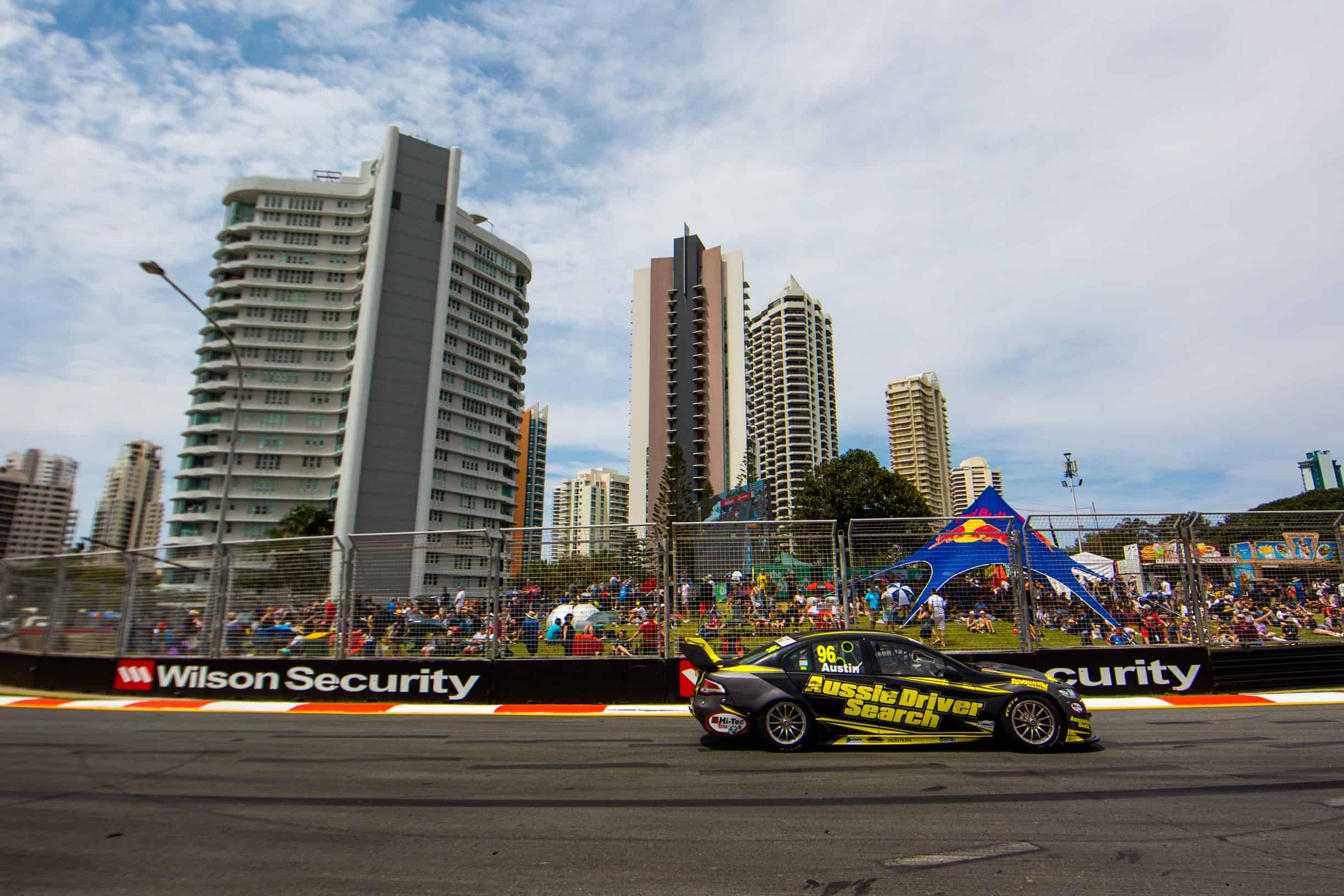 The pair battled for several laps mid-race though the former series champion was ultimately too strong for the Dial Before you Dig Falcon who knew that finishing second would deliver the round result overall.

Kyle Austin powered to third again to secure his spot on the podium while Michael Anderson and Shane Hunt completed the top five.

Chris Smerdon had looked an early contender making the start of the weekend to run second on the opening lap.

He settled into a three-way battle with Hunt and Brad Neil for fifth place before lightly meeting the tyres at the final corner and dropping down the order.

Despite winning two of the three races Smiths non-finish ensured he only finished third for the round behind McCorkindale and Austin.