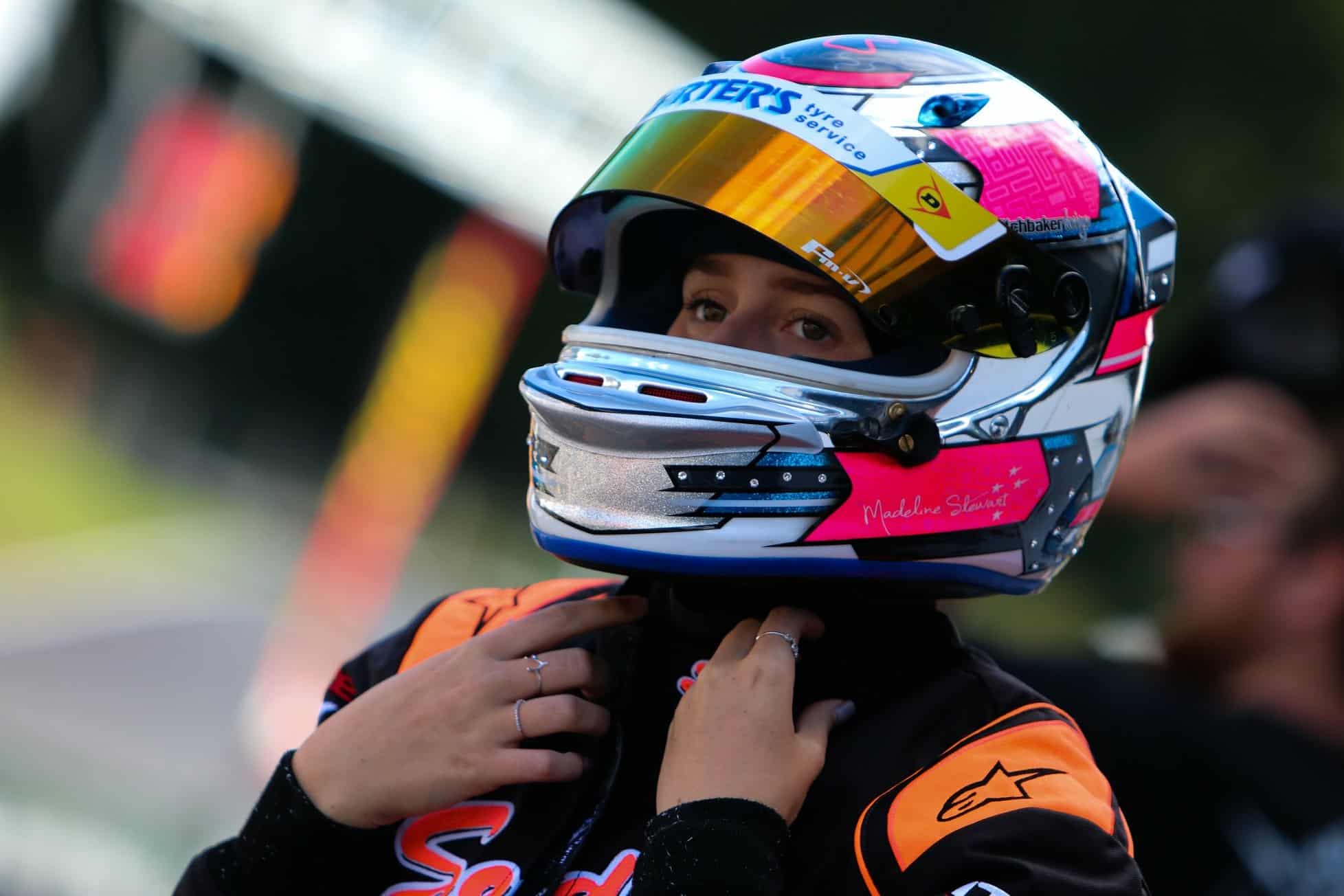 Born in Wellington New Zealand the 18-year-old now calls Melbourne home and is excited to be making the next step in her racing career.

Madeline has raced for 9 years working her way through the cadet and junior karting classes and has been competing in the top tier KZ2 class for the last two years. The third-generation racer explains how she got behind the wheel â€œMy grandfather raced then my father followed by my sister Ashleigh. When Ash moved up a class I got her old kart and was on my way. Its something weve always done as a family we love racing and being competitive.

First venturing to Australia to compete in 2013 Madeline has raced in many of the Rotax ProTour and Australian Karting Championship events and in recent years furthered her ventures overseas to race in CIK Asia Pacific Championship in Macau and to Las Vegas to race in the SKUSA SuperNationals.

Whilst Stewart has stood on the podium on numerous occasions Madeline cites her biggest achievements as winning the 2017 South Australian Rotax 125 Light State Title and finishing 2nd in the 2018 Kartsport NZ National Sprint Championship in the KZ2 class. Having already completed test days with the team Madeline is eagerly awaiting the start of the Super3 Series in April.

â€œIts been a challenging learning curve getting behind the wheel of the Super3 Commodore. Its a big deal going from karting straight into Super3. Most people will go through Formula Ford or Toyota 86 first making the transition a little easier.

â€œIve had to learn a lot about how to make these cars work and the way my inputs can make a big difference in how the car handles. Macauley has been a great mentor and is really helping me get up to speed with the car. I want to go into the first round as prepared as possible however you dont get that racing experience until youre off the line and side by side with everyone else.

â€œA few people Ive raced against in karts over the years will be making their Super3 debut this year too so it should make for great on-track competition. If I can keep progressing learning and moving forward through the field then that will be a pretty solid first year. Brad Jones added â€œIm excited to welcome Madeline to our team. Weve gotten to know the Stewart family over the last couple of years through Tom Williamson Motorsport. Tom has worked closely with Macauley and in recent years has taken Madeline to the next level in her karting career which now sees her land in the Super3 Series.

â€œI think Madeline will thrive on the challenge the Super3 Series will provide and she will progress through the field over time. Madeline is determined and has really taken on board everything shes learned so far there is no doubt Madeline wants to hold her own when shes on track. Madeline along with team-mate Josh Fife are set to complete another two test days before the Kumho Super3 Series gets underway with their first round at Phillip Island on the 12th-14th April. Stay tuned in the coming weeks for a further announcement showcasing Madelines livery for the season ahead.