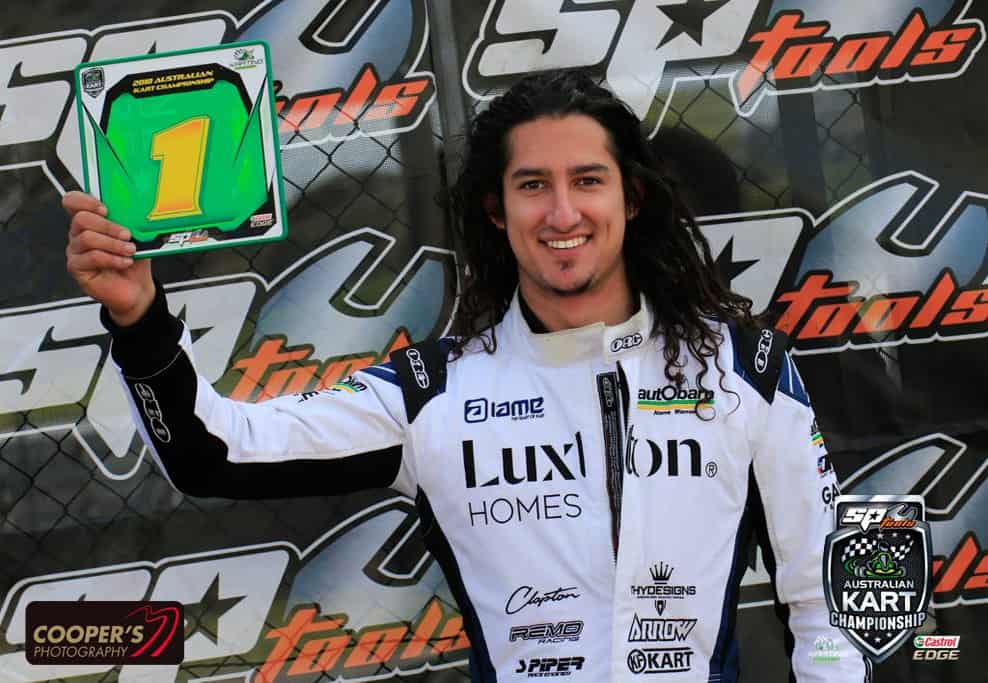 McLean will drive FG-05 a Stone Brothers-built Ford Falcon previously raced by Tim Slade in Lucky 7 colours back in 2012.

The 22-year-old drove the car for the first time when he attended an evaluation day at Winton Raceway in early Feb which was also his first experience in a race car aside from a few laps in an open wheeler in his junior karting years.

â€œWe thought we would give Matt a run in one of the Falcons at our first Super2 test day to see how he adapted Team boss Terry Wyhoon said.

â€œWhilst the day was primarily for our Super2 program Matt soon got our attention with how quickly he had settled in to the Supercar.

â€œHe did a great job and had great car control given the tyres we sent him out on.

â€œWe have been watching Matts progress in karting and the results speak for themselves.

The multiple Australian karting champion has been fortunate enough to represent Australia at the World Final in Le Mans where he qualified his way on to the front row.

With a wealth of experience in the karting world having previously been involved from a manufacturing perspective and as a product development driver for Arrow Karts McLean is looking forward to turning over a new leaf and entering the Supercar scene.

“Im very thankful for the opportunity and support Image Racing and Erebus are giving me theyre helping me turn my dream into a reality and Ill forever be grateful for that” McLean said.

â€œIts fantastic what Liam Curkpatrick has managed to establish with the series now becoming the official third-tier of the Virgin Australia Supercars Championship especially with the exposure well receive through Foxtel and Channel 10. I see this as the perfect avenue for anyone pursuing a career in Supercars.

“I understand that having no prior experience in race cars will see this being a very big step for me with a lot to learn but Ive got the right people anÂ­Â­d equipment behind me to ensure that we can have a good result.

â€œTerry Dana and the team at Image Racing have done an incredible job at welcoming me into the team and making me feel a part of the family and I think its things like this that will sit hand-in-hand with my development as a driver.

Image Racing won what was then the V8 Touring Car Series in 2011 with team owner Terry Wyhoon behind the wheel and have had many big names like Jack Lebrocq Jack Perkins and Taz Douglas run under their wing.

â€œ2019 is going to be a very exciting year for us at Image Racing now having full support from Erebus. Wyhoon said.

â€œTo succeed in this game these days you need the support and infrastructure from a main game team and Erebus have been right behind helping young kids in not only Super2 but now also Super3.

The 2019 Kumho Super3 Series kicks off at the WD-40 Phillip Island SuperSprint in April.