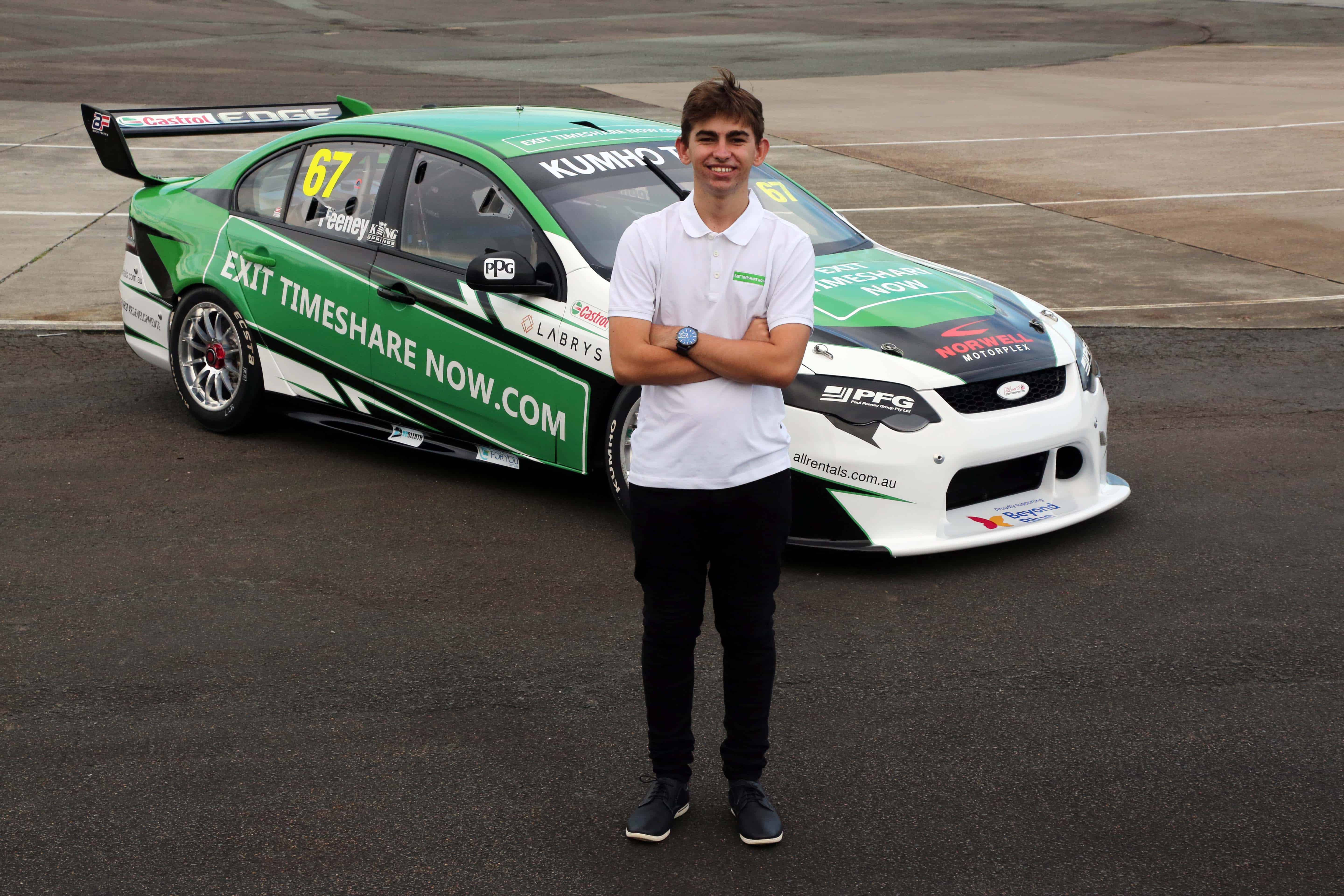 â€œWe do not sell or resell timeshare. Our sole purpose is to assist people get out of unwanted timeshare and relieve themselves of the stress of timeshare ownership and the burden of ever increasing maintenance fees. says Exit Timeshare Now Director Tony Lenan.

Feeney is excited by the arrangement with the company and his chance to make the next step in his rapidly rising racing career:

â€œTony and the team from Exit Timeshare Now have been friends for a long time and to have them on board for this next step in my career is exciting said Feeney.

â€œFrom my point of view I just cant wait to hit the track. Weve completed a successful test session at Queensland Raceway and will test at Phillip Island before the first race down there.

â€œThe Kumho Tyre Super3 Supercars Series this year is looking very strong with a number of drivers Ive raced against or watched in karts over many years making the graduation so it is going to be on one hand like old times and on the other hand a big challenge.

â€œIve been working on my racecar as part of my TAFE Queensland Schools-based Apprenticeship and learning the ropes from Paul and his team along with gaining so much experience from the Paul Morris Racing Academy.

â€œThe team is looking forward to getting on-track. The car is looking mint and the engines are fresh and ready to go so from my point of view the elements are there with great support from Exit Timeshare Now and Paul Morris Motorsports.

â€œBrocs a young guy with exceptional talent that is clearly a star of the future in Supercars and were a young company that is opening up a future for many people. So there is some terrific synergy there explained Tony Lenan.

â€œWe are headquartered on the Gold Coast and thrilled to support a young Gold Coaster like Broc and well certainly be encouraging our clients to experience first hand the thrill of Virgin Australia Supercars events and become part of the Exit Timeshare Now Racing Team cheering Broc up the ladder.

Feeney will take to the wheel of the Paul Morris Motorsports Falcon that was previously campaigned by Anton de Pasquale upon his entry into the Dunlop Super2 Series before graduating to the Supercars Main Game.

Exit Timeshare Now started its sponsorship with Feeney on the Gold Coast last year at the Gold Coast 600 before extending that to his Toyota 86 Racing Series event in Newcastle at the completion of the season.