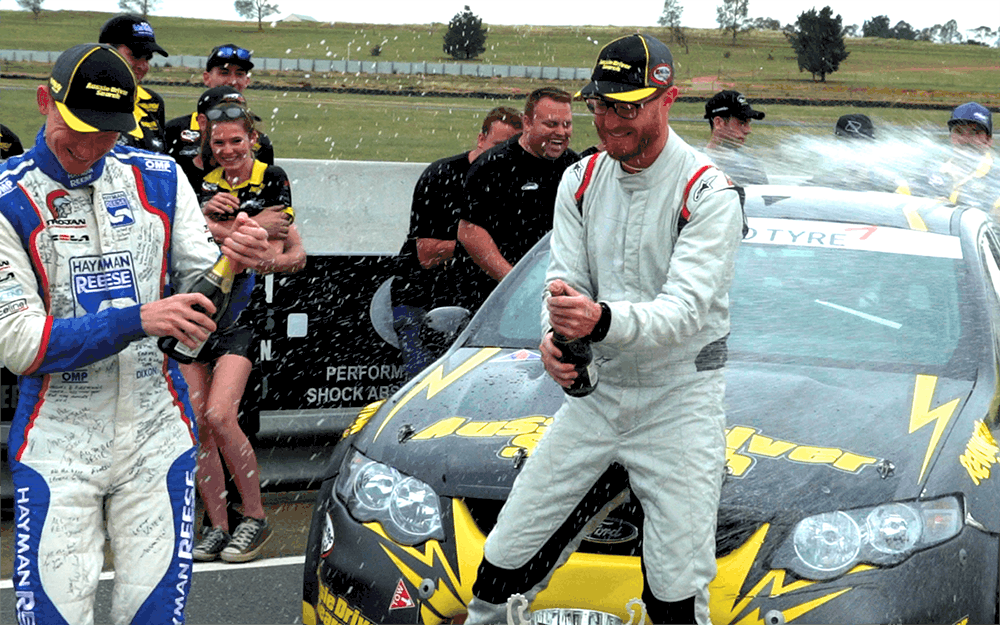 Powers was declared the winner of the popular Aussie Driver Search program last year which was originally meant to place the Californian native directly into the Super2 Series this year.

A change of plans though has seen Powers take to the Super3 Series this year instead with the remaining portion of his prize being utilised to run Powers in the Super2 Series in 2020.

The move has been designed for Powers and all future competition winners to make a smooth transition through the competitive world of Supercars racing with the end goal being the Virgin Australia Supercars Championship.

“The Super3 Series is really exciting. Theres some really strong competition and it is going to be a really tough season said Matt Powers.

â€œIm pumped to be able to be involved in an up-and-coming series with a lot of great talent and future Supercars prospects.

â€œTheres a lot of very strong teams in the field. MW Motorsport Brad Jones Racing there are some really great teams including some good privateers too so theres no question that the competition has stepped up.

â€œIm really excited because I want to be racing against the best guys at the best level. It will allow me to benchmark myself and our team.

â€œRacing Super3 wasnt the original plan but this gives me a guarantee of a couple of years in Supercars which is a positive. I feel that Im going to be much better prepared for Super2 in 2020.

â€œFor me the goal is to hit the ground running in Super2 next year. I feel that this new deal with ADS has turned out to be a good outcome. It means I wont be a complete rookie in Adelaide.

Aussie Driver Search has recently launched a podcast which features Powers on the first episode where he has spoken about the upcoming season.

The podcast will release a new episode weekly and ADS founder Kyle Austin will be on next weeks episode to provide more clarity around the changes and new deal.

â€œWeve been working hard behind the scenes to make sure that we achieve the best outcome for Matt and our future ADS competition winners to reach our ultimate goal of running in the main game said Kyle Austin.

â€œHaving a rookie go straight into Super2 was always going to be a tough call so we feel that this is an awesome result for Matt long term.

â€œWe are really looking forward to seeing our car in the Super3 Series this year with a focus on making sure we hit the ground running in Super2 in 2020.

â€œWe are looking at the various ways to run our Super2 program next year. We will look to either run the car ourselves or if we dont achieve this well look to do a deal with another team but in the short term our main aim is to be very competitive in Super3 this year and give Matt the best opportunities we can.

â€œOur Falcon has had a complete rebuild over the summer and we feel that it is going to be capable of running competitively. Having Jason Bright onboard with us an an engineer and driver coach is going to be invaluable as well. He has a lot of experience and will help fast track Matts progress in the car.

After winning the Pro Competition at Wakefield Park last year Powers will be reacquainted with the Aussie Driver Searchs ex-Tickford Racing Ford Falcon FG at Phillip Island in a pre-race weekend test before hand at the venue.

The ADS Falcon has enjoyed a major rebuild in the off season ready for Powers to strut his stuff in the competitive 25-car field at the famous Island circuit.

Former Bathurst 1000 winner Jason Bright will be Powers driver coach and race engineer at Phillip Island this weekend. Bright will also be a judge in the ADS program this year.

The Super3 Series kicks off at Phillip Island on April 12-14.