FREIGHTLINER BACKING FOR STEWART IN 2019 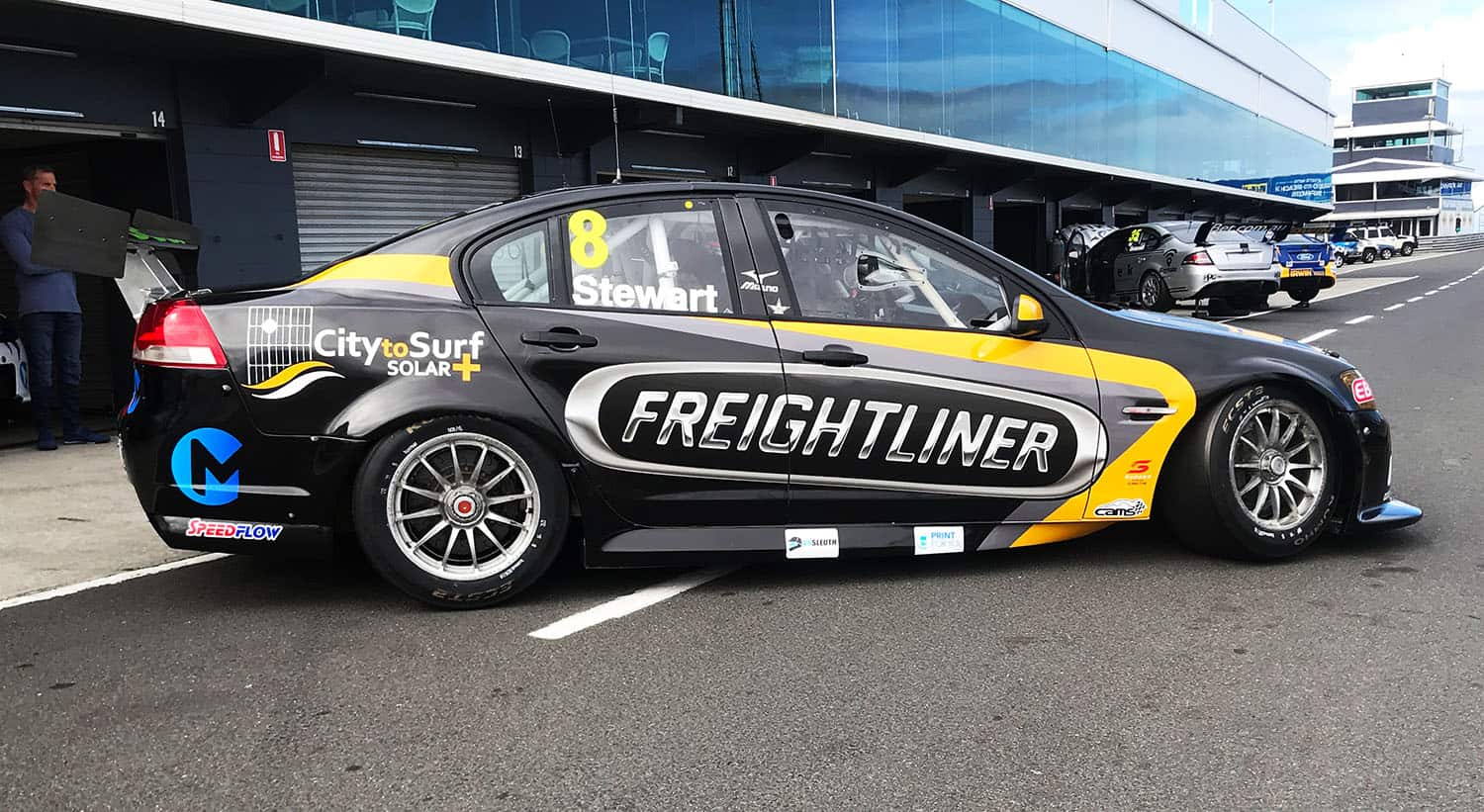 In exciting news for the karting graduate Madeline will showcase Freightliner Racing colors on her #8 VEII Super3 Commodore for the 2019 season as part of the teams junior driver program.

Brad Jones added â€œFreightliner and Alliance Truck Parts have been a fantastic supporter of the team for a number of years in both our Supercar and Super2 programs. Now we are really excited to bring that across to our Super3 program with Madeline.

â€œWere all for bringing young talent into the industry not just the drivers but the crew as well and for many of them this is where their Supercars careers will begin. Everyone is learning striving to do a better job than they did the day before and celebrating the achievements big or small along the way.

â€œIts an exciting time for the Super3 crew and were all excited to see what both Madeline and team-mate Josh Fife can achieve this year.

Madeline is one of ten drivers making their Super3 debut this year and at 18 years of age is one of seven teenagers on the grid which is another record for the touring car category.

Madeline is set to race in one of the most highly anticipated and competitive fields the championship has ever seen. With a solid mix of fresh faces and series regulars all vying for the Super3 title everyone is excited to see what this years talented lineup can do.

This is the first of four rounds where the Super3 Series will feature in front of the Supercars audience with Winton Queensland Raceway and The Bend all to come later in the year. The finale will be a part of the Shannons Nationals series; with the ultimate winner to be crowned at Sandown Raceway.

Before all the action begins on Friday Madeline alongside team-mate Josh Fife and several other Super3 drivers took part in a test day at the Phillip Island circuit today.

Madeline â€œThe test days at Phillip Island went really well. The track is completely different from anything I have driven on before so I learned a lot about carrying speed through those big high-speed corners.

â€œI kept progressing throughout the day and was really happy with that. I still have a lot to learn and Im confident that I will keep improving throughout the weekend as I get more experience racing the Freightliner Racing Super3 car.

â€œIm super excited for my first Kumho Super3 race in a couple of days time.

For those unable to make it trackside this week for the series opener qualifying and all three Kuhmo Super3 Series races at Phillip Island will be shown as part of the FOX Sports coverage.