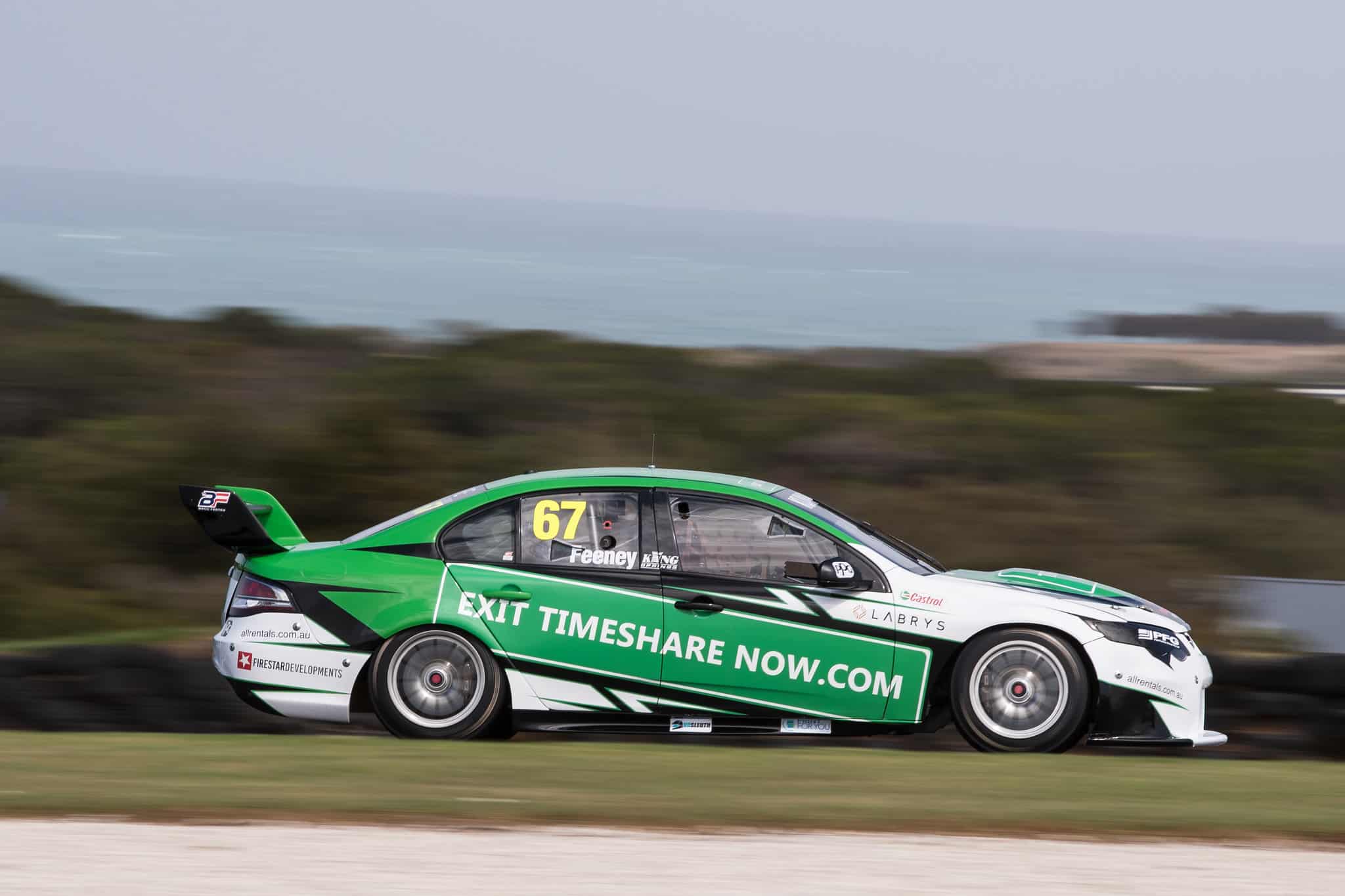 It continues a trend that has followed much of Feeneys career from the time he started racing on two wheels at the age of three through to winning his first Australian Flat-track Championship and last year becoming the youngest driver to win a race in the Toyota 86 Racing Series.

The Gold Coaster – who turned 16 in October – recently announced hed be joining forces with Paul Morris Motorsports with support from Exit Timeshare Now to compete in the Kumho Super3 Series – which for the first time in 2019 officially becomes part of the Supercars ladder.

Since making the decision over summer to enter the Super3 Series Feeney has dedicated time to improving his physical fitness in preparation for the opening three race weekend.

On-track hes been at the Norwell Motorplex under the watchful eye of Paul Morris and the Paul Morris Racing Academy instructors refining his racing techniques and then testing the Exit Timeshare Now Supercar at Queensland Raceway and Phillip Island.

The testing program for Feeney has focused on him becoming used to older Kumho tyres in race simulations while this weeks test has switched his focus to greener rubber in conditions similar to what hell face in qualifying on Saturday.

Hes been hands on preparing the Paul Morris Motorsports team on the ex-Anton de Pasquale machine as part of his apprenticeship that hes doing in conjunction with high school studies at All Saints Anglican College.

Feeney also welcomes a new sponsor to the sport of Supercars racing in Exit Timeshare Now – a dedicated timeshare advocacy and consultancy business that assists people to lawfully cancel or exit unwanted timeshare or holiday rewards contracts. The company has offices in Victoria Queensland and a presence in New Zealand.

Exit Timeshare Now – the first of its type in Australia – will use its support of Feeney to grow its base throughout the Australasian market. Similar organisations are popular throughout the United Kingdom and the USA.

Brocs weekend will begin with two practice sessions on Friday before qualifying and a race Saturday and two races Sunday.

Practice 2 Qualifying and the races will be covered on Fox Sports and Kayo Sports.

â€œIts hard to believe that just a year ago I was making my circuit racing debut at Phillip Island and now were heading towards our first Supercars race in the Exit Timeshare Now Supercar said Feeney.

â€œThe youngest driver tag is something that has been with me for a while now through bikes karting and Toyotas its a talking point – but at the end of the day Im just another driver and my focus is on being at the front of the field.

â€œI feel ready to go. I know the car very well through my Apprenticeship that Im completing at the Norwell Motorplex – Im working on my own car every single week and it was the first Supercar that I drove last year.

â€œThe Paul Morris Racing Academy team have been fantastic in teaching me the finer points of driving and also the technical side of things which has helped me adapt in ways that I never thought it would.

â€œThe guys from Exit Timeshare Now are so passionate about jumping on board and its awesome theyll get to see their brand on the big stage this weekend.

â€œWere looking forward to it and are ready to go!