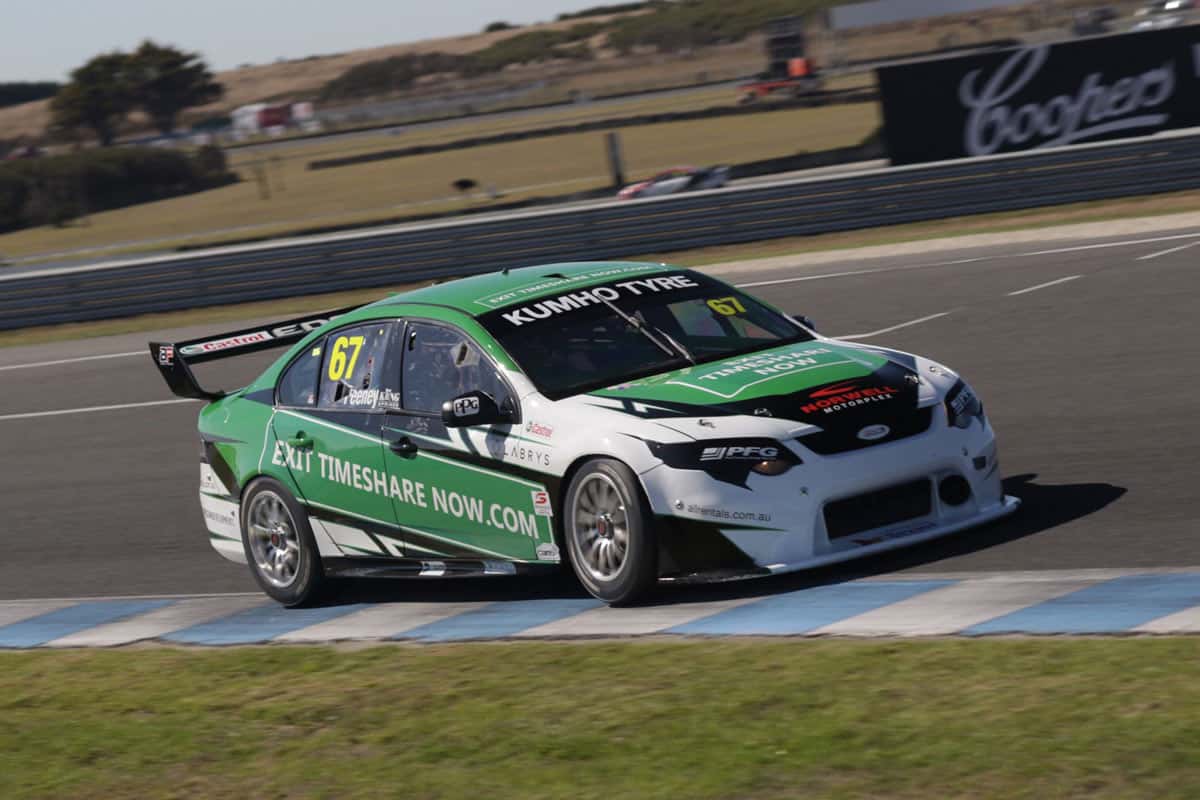 Driving a Paul Morris Motorsport-prepared Ford Falcon FG Feeney at 16 years of age is one of many teenagers in the 23-car field.

After a power steering failure in the first session he posted his best lap of 1 minute 33.0973 seconds which is two-tenths of a second under the category record right at the end of session two.

“I am stoked!” Feeney exclaimed.

“I thought I might get into the top six but it was pretty hard to gauge what times we would be doing and where the competition was at.

“We were on a green tyre set in doing that time and there are still things to fix up before qualifying tomorrow. There is definitely more in it” he forecasted.

That effort relegated Hamish Ribarits in the best of the three Matt White Motorsport-engineered FGs to second place. Then as the chequered flag came out to end the session Josh Fife elevated his Brad Jones Racing Holden Commodore VE to third spot after missing the first session with a flywheel drama.

The second session was interrupted when a grass fire ignited at the Southern Loop after Emily Duggan spun her Commodore onto the corner verge.

New Zealander Madelin Stewart climbed to ninth as the second session culminated in the BJR Commodore that Jack Smith won the series in two years ago pushing Jon McCorkindale (FG) to tenth. The latter had one scary moment when he missed a gear at the Hayshed and salvaged what could have been a disastrous incident.

“We only managed a couple of laps at the end of the test day on Wednesday and the track was a lot different today he said.

“I really couldnt get into a rhythm after the scrub fire so it was a surprise that I came out as the fastest of the Kumho runners.”