BEST OF THE FIELD AS MW MOTORSPORT SWEEPS WINTON SATURDAY 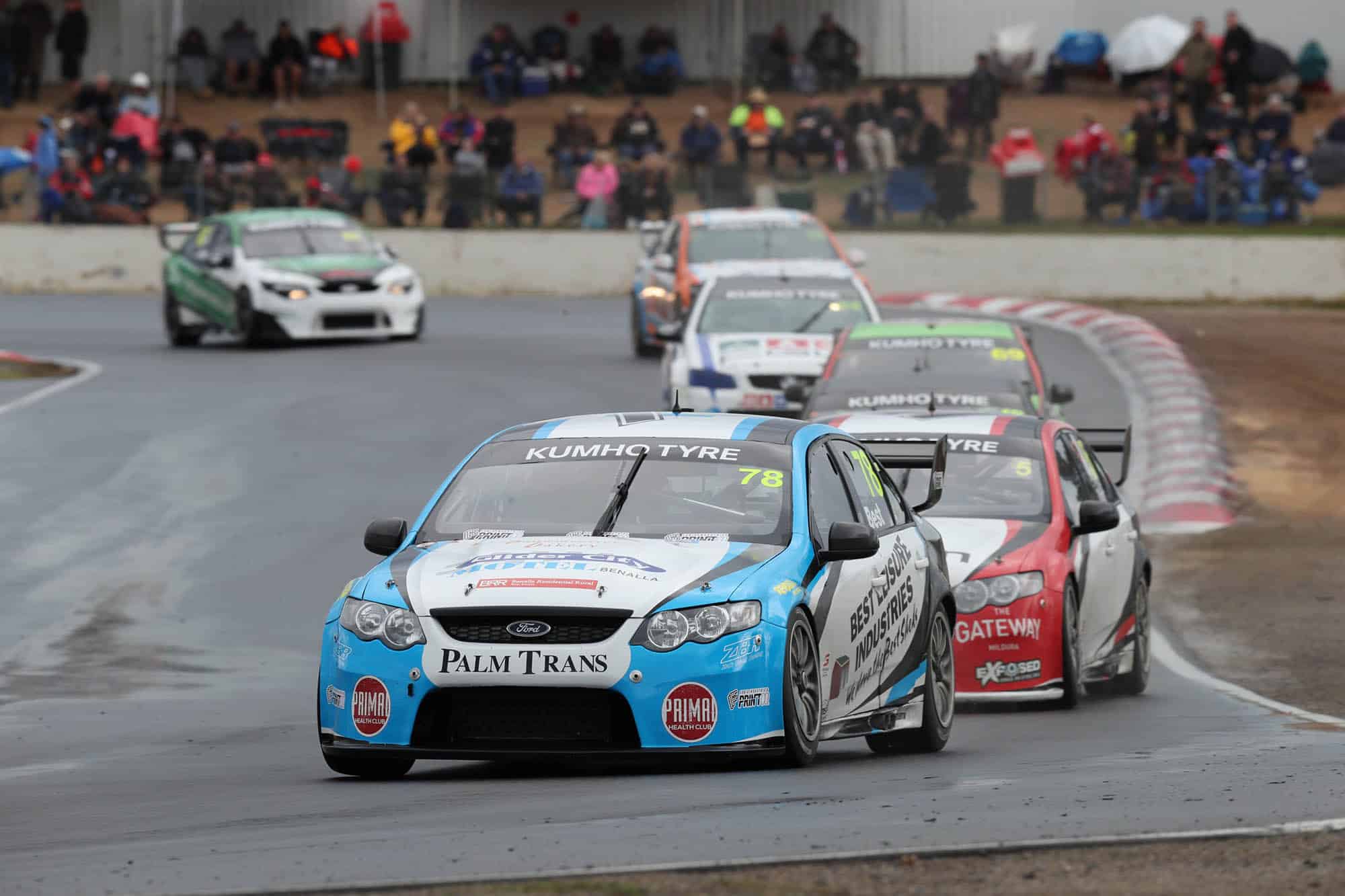 In a historic day for his team Best won a wild opening race over Broc Feeney and Nic Carroll and then led from lights to flag in the second to beat home Hamish Ribarits and Carroll in a MW Motorsport 1-2-3.

Both races were held in mixed conditions with a damp circuit in race one making conditions on Kumho Slicks slippery to say the least.

Best made a perfect start and instantly gapped the field by several seconds on the opening lap his margin building to nearly fifteen seconds before he ran off the road at turn three with two laps remaining the margin reducing to just under three by the time he received the chequered flag.

Behind him second and third changed hands almost every lap.

Feeney held second early however was passed by Matt McLean on lap five. He held that spot until the eighth lap hitting a damp patch at turn three and ending up in the bunker.

Jayden Ojeda then inherited second place and held the spot for two laps before dropping to fourth on the final lap of the race.

That returned Feeney to second place while Nic Carroll who had dropped as low as fifth managed to climb back to third place.

After starting on pole position a slow start dropped Hamish Ribarits back to fourth by the end of lap one a spin a lap later dropping him even further back to eleventh.

A stout recovery drive saw him charge back to fifth place by the finish; however a post-race 15 second penalty for contact with Jon McCorkindale saw him relegated to eighth.

With Best Feeney and Carroll on the podium Ojeda and Josh Fife finished fourth and fifth while Chris Smerdon took out the Kumho Cup class and scored a strong sixth outright.

Race two saw Zak Best again made a strong start battling with Feeney in a drag-race to turn one before ultimately taking the lead.

Ribarits charged to fourth on the opening lap and climbed to second by the third lap; Nic Carroll also climbing to third on the same lap to lock out the top three spots for the MW Motorsport team.

All three then survived a one-lap dash to the line following a Safety car late in the race.

Jon McCorkindale finished fourth pressuring Carroll for much of the race.

Madeline Stewart and Jim Pollicina failed to finish the second race: Stewart with broken suspension at turn one and Pollicina after contact with Emily Duggan and Steven Page at turn 10.

Duggan and Page were each on course for a potential top-10 finish before the contact while Pollicina was in contention for Kumho Cup honours prior to his altercation.

In wet conditions Chris Smerdon was an early star as the experienced former series champion made arguably the start of the season leaping to third by turn one from sixth of the grid. Late incidents saw him drop down the field to ultimately finish 13th.

With two of the three races complete Best leads Carroll and Ribarits in the round standings with the fight for third set to be one of the storylines tomorrow.

Ribarits has a one-point advantage over Feeney in the round standings while Ojeda is only five points further back.

Smerdon and Neil will battle for the Kumho Cup class honours in the final race scheduled to commence at 12:05pm AET on Sunday.

The race will be live on FOX Sports 506 and Kayo Sports.