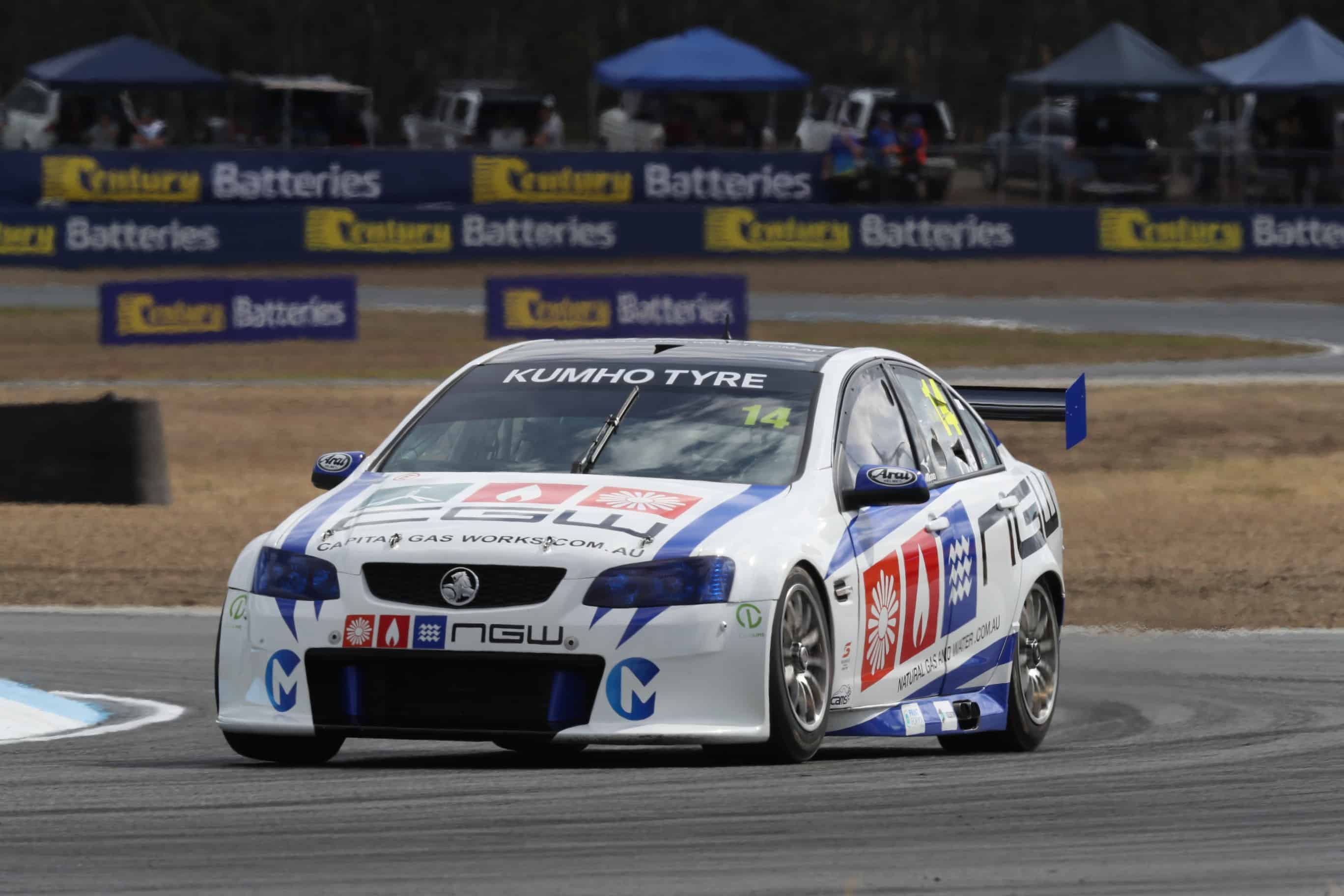 The Canberra teenager finished the day with a best of 1m11.2561s thanks to a practice one-topping flyer but ended the day just 0.05 seconds faster than Round two winner Jayden Ojeda.

In just his third ever race Fife has been a significant improver since his Phillip island debut and qualified third at Winton last time out.

â€œIts been a great day topping both sessions Fife said.

â€œWe tested throughout the week which really helped so we were well prepared. BJR did an awesome job fixing the car after the last round. Today was really good and we cant wait for tomorrow.

While Fife and Ojeda set their fastest times in the first session the next two drivers set their best laps later in the afternoon.

Less than two-tenths covered the four teenagers at the top of the charts representing four different teams.

Championship leader Hamish Ribarits was fifth overall in his MW Motorsport Falcon but had a far from easy day getting to that position.

An engine drama in practice one saw his team swap powerplants between sessions the replacement powering his car back to the top five in the afternoon.

Jon McCorkindale put the challenges of the first two rounds behind him by placing sixth fastest today while the third MW Motorsport Falcon of Nic Carroll was next.

An impressive Madeline Stewart was eighth quickest and less than one second behind her BJR teammate that topped the charts.

While competition at the top of the field was fiercely competitive the same story was the case in the battle for Kumho Cup honours.

Matt Stone Racings Bradley Neill was fastest of the Pro-Am competitors and ninth overall across the pair of 20-minute sessions today but his class rivals were in close proximity. Jim Pollicina was second in class and 10th outright less than a tenth behind Neill.

Jason Gomersall was third fastest in class and 11th outright and a further tenth back while Chris Smerdon was fourth and well within striking distance of his class rivals.

The day was not without drama: Steven Page making contact with the wall late in practice one his VE Commodore requiring extensive repairs and sitting out the second session as they worked to repair it in time for qualifying tomorrow morning.

Tony Auddino faced a challenging day sitting out practice one before brake issues hindered his progress in practice two.

The competition heats up further on Saturday with qualifying and the first of three races tomorrow.

Every session will be shown live on FOX Sports 506 and Kayo Sports.