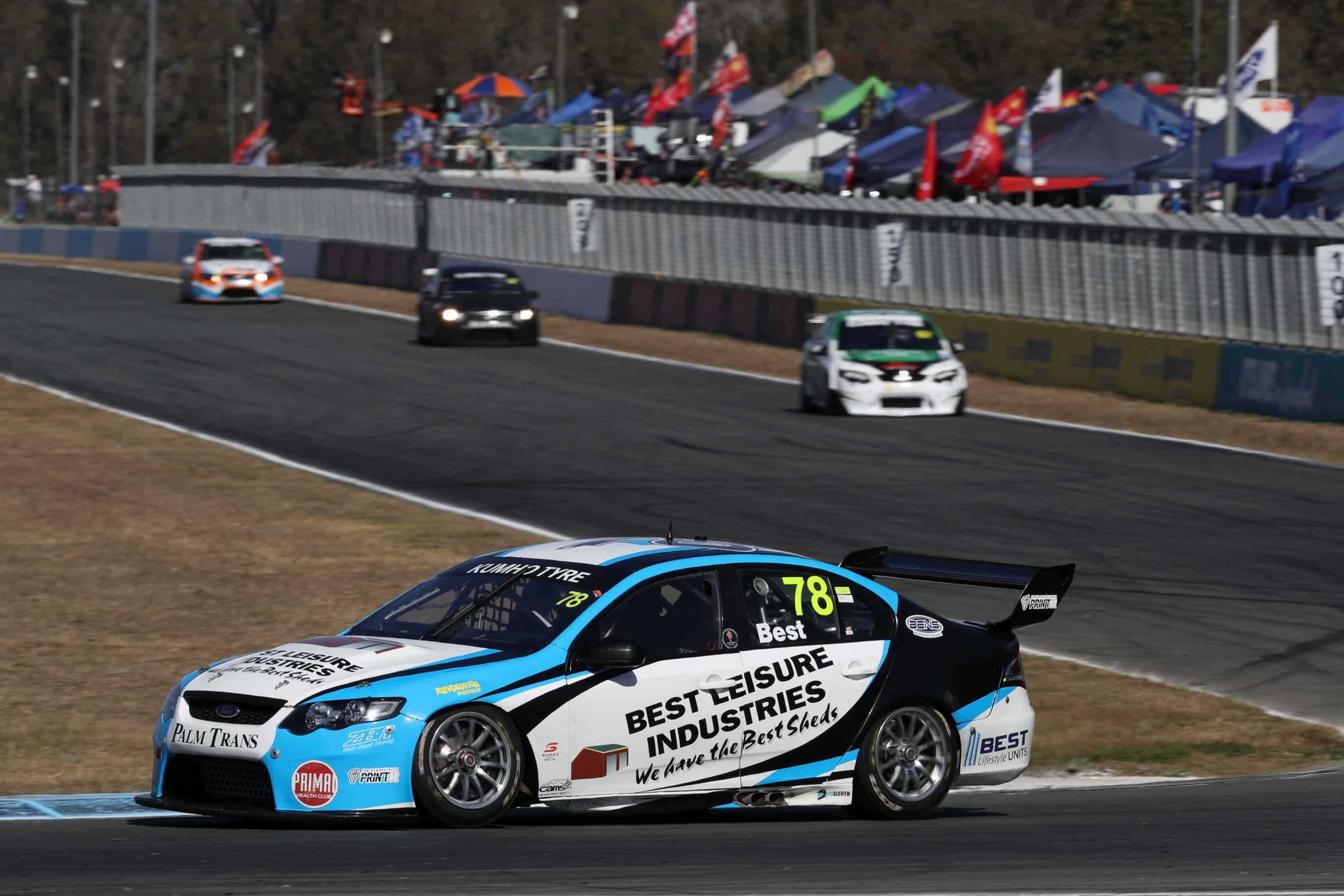 Best entered the round having won more races than any other driver this year but only third in points thanks to a mechanical issue at Winton that cost him a shot of a round victory.

However a superb rebound at Queensland Raceway saw him take his first pole position of the season and convert it to a lights-to-flag victory.

â€œIt has definitely been frustrating. To win two races at Winton and not come away with the round win. But everything is going to plan here so far. It hasnt been easy the guys are always driving well so its making things very interesting this year.

The 13-lap dash saw Best and Josh Fife drag-race towards turn one both holding off a fast-starting Feeney who flew from the second row.

The three held sway for the first three laps however on the fourth Fife ran wide at turn three and slipped from second to seventh position. 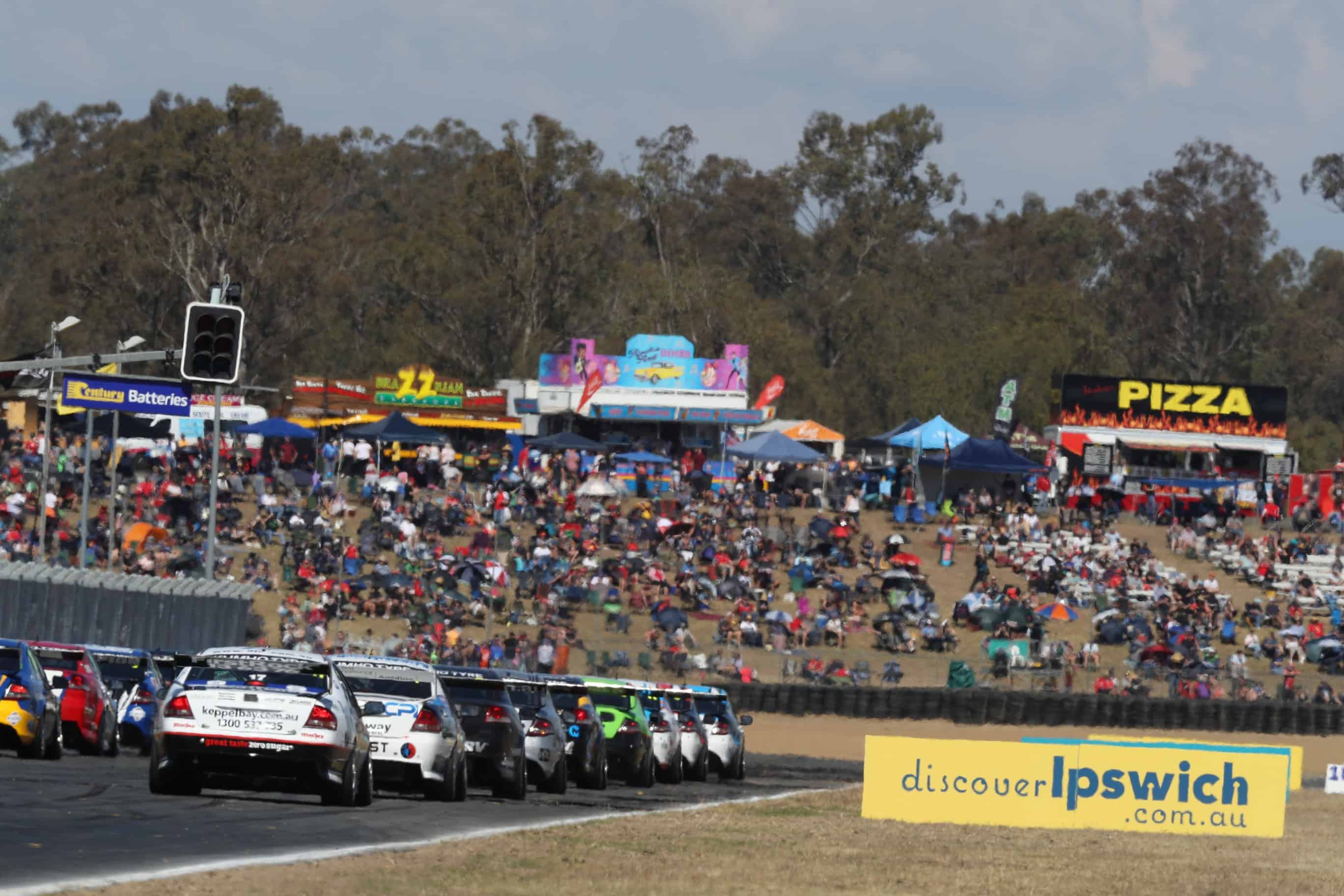 There was more action at the same corner two laps later as Ribarits and Feeney battled for second place.

The MW Motorsport Ford rattled down the inside of Feeneys similar Falcon spearing off the road and also dropping down to seventh place.

Jon McCorkindale was another to fall off at three coming a long way off the road on the ninth lap before recovering.

By mid-race the order was Best Feeney Carroll who had climbed from fifth to third Jayden Ojeda and the recovering Fife which is how the field would finish.

Ribarits recovered to sixth position however surrendered the championship lead while Brad Neill dominated proceedings in the Kumho Cup.

The MSR Falcon driver made a flying start and passed two cars on the opening lap before settling into seventh outright where he finished.

The latter two were lucky to finish where they did after an incident at turn six two laps from home.

Dicing for position Chris Smerdon and Pollicina made contact at the right-hander. Pollicinas car spun across the field Madeline Stewart the innocent victim as she cannoned into the ex-Tasman Commodore.

Just behind Jason Gomersall also suffered damage but was able to continue at race pace however Stewarts car was able to slowly limp back to the pits and a non-finish.

Two further races will complete the third round of the 2019 Kumho Tyre Super 3 series; the second of the weekend to mark the half-way point of the series.

Both races will be shown live on FOX Sports 506 and Kayo Sports.