TITLE BATTLE HEADS TO PENULTIMATE ROUND AT THE BEND 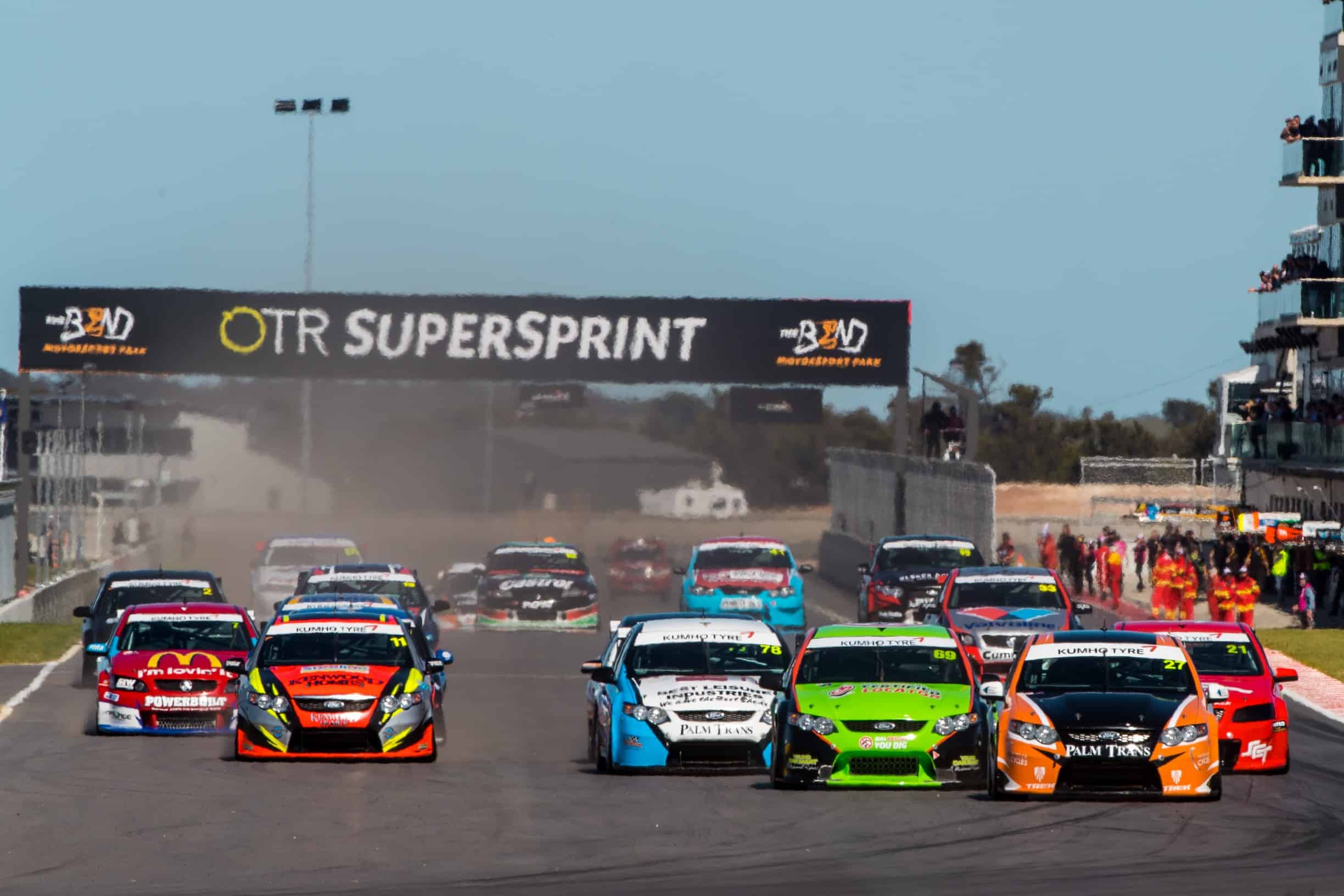 The penultimate round of the 2019 series will see an 18-car field continue to battle out what has become one of the most competitive championship races of the season in any category.

Teenager Broc Feeney leads fellow young-gun Jayden Ojeda in the standings by just 13 points with the pair having finished first and second respectively last time out at Queensland Raceway.

Feeneys consistency has seen him finish on the podium in every round so far this year while Ojeda stunned the establishment by winning the two most recent weekends at Winton and Queensland Raceway.

Feeney who races for former Bathurst winner Paul Morris has a slight advantage over his nearest title rival in that he has already tasted success at The Bend prior to making his Super 3 series debut at the venue.

â€œI raced there in the Toyota 86s last year and got my first win so Ive got a bit of history there and Im looking back and getting a few more he said.

â€œOur approach isnt changing Ill be going for the same as always and trying to win some races.

Ojedas rise up the championship order has been one of the stories of the season racing with the privateer Anderson Motorsport outfit in his debut season in a tin-top.

The 19-year-old from Sydney says hes looking forward to a new experience at the challenging nearly five kilometre long circuit.

â€œIts an amazing track Ive done a bit of work there driver coaching. The facilities are crazy I havent driven there too much its not like other tracks where Ive raced in other categories so it will be a completely new experience for me and a few of the other boys as well so it will be interesting to see how it plays out.

118 points cover the top six drivers in the championship with each remaining in contention ahead of the final two rounds six races of the year.

The consistent Hamish Ribarits holds third in the standings 38 points behind Feeney while his MW Motorsport teammate Zak Best is a further eight points back in fourth. 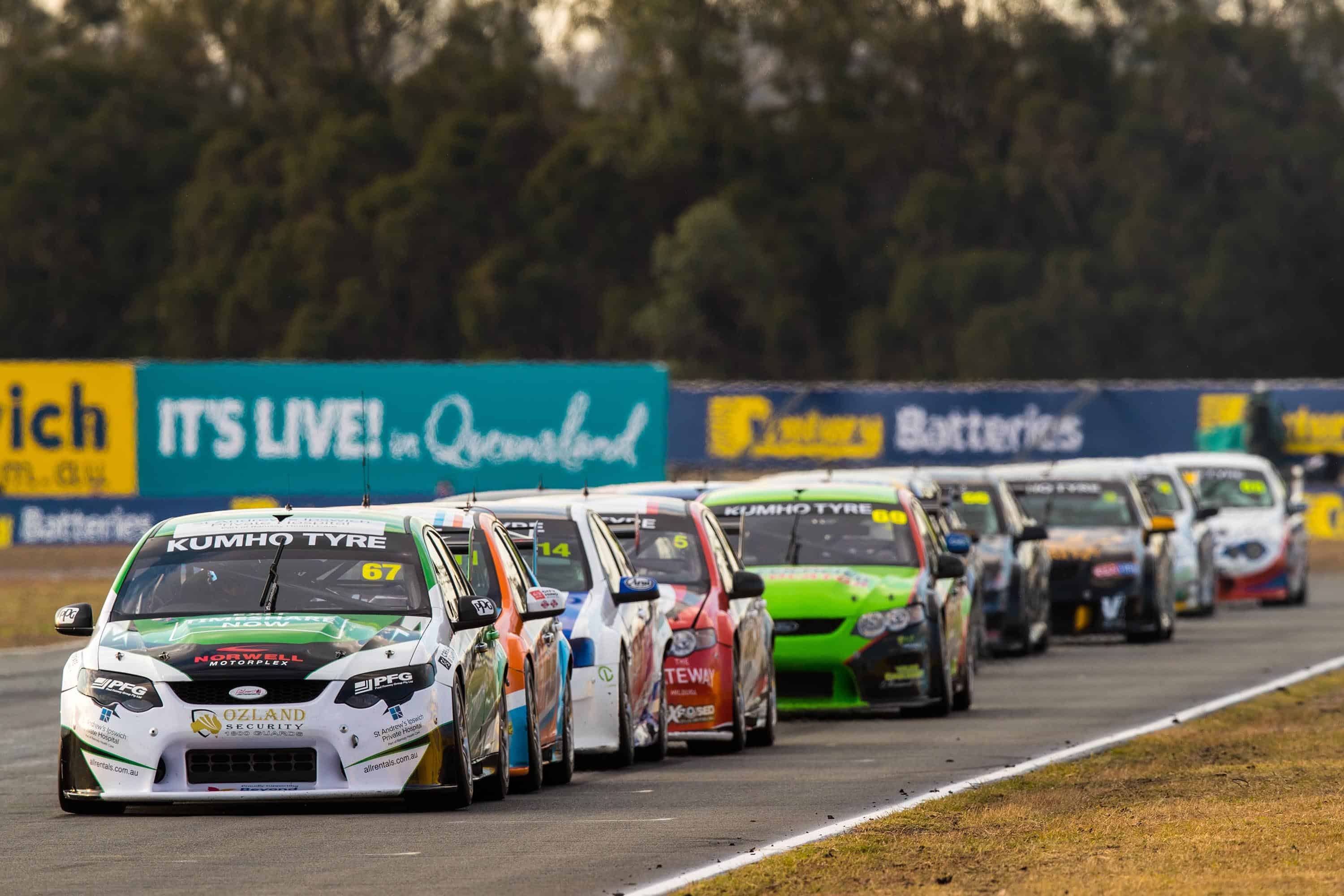 The Benalla-based teenager has battled through a season filled with misfortune where otherwise he has been amongst the fastest drivers on the track.

Best won the first two races at Winton before mechanical failure saw him fail to finish the third race in round two costing him not only the race win but a spot on the round podium all together.

He was in an identical position at Queensland Raceway last time out; scoring pole and winning races one and two before early contact in race three saw his car suffer broken steering and once again fail to finish in a case of history repeating.

As such his five race wins are the most of any driver however non-finishes in the critical third race which offers 60 points to win compared to 40 each for races one and two have cost him significantly in the championship standings.

Nic Carroll in the third MW Motorsport Falcon and Brad Jones Racings Josh Fife complete the six that remain in contention for the championship with two rounds remaining.

The intensity in the outright title battle is mirrored in the Kumho Cup for Pro-Am competitors.

Smerdon who raced regularly at Mallala and the Adelaide 500 as a Supercars privateer will be one of two local drivers racing in front of their friends and family this weekend.

The former Aussie Racing Car ace gained experience in Dunlop Super 2 earlier this year and looks to close out the season in Super 3 this year.

The second-generation driver is the son of noted South Australian champion Bruce an expert in HQ Holden and Saloon Car competition for many years.

2019 marks the second visit of the Kumho Super 3 series to the OTR SuperSprint at The Bend: the venue hosting a climactic 2018 title decider between Best and eventual champion Tyler Everingham.

While Everingham won the round Best scored pole and won race two and is the only driver in the top six of the standings to have raced at Supercar at the circuit.

After two practice sessions on Friday Qualifying and two races will comprise a packed schedule on Saturday at the OTR SuperSprint. The deciding third race will be held Sunday with qualifying and all three races to be shown live on FOX Sports 506 and Kayo Sports.