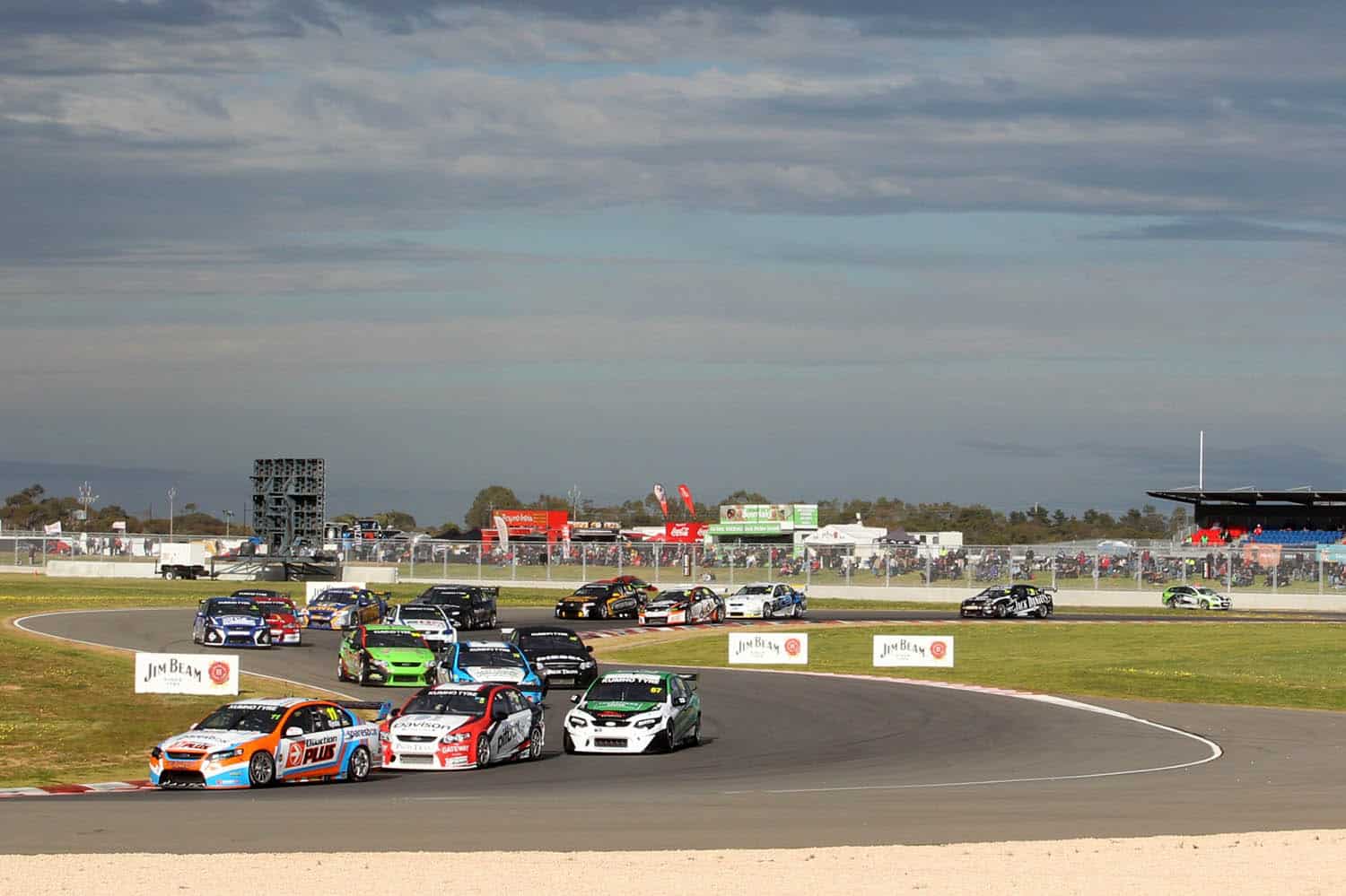 The Anderson Motorsport Falcon driver started from the second row but a stunning start saw him rocket to the lead in race one before holding out Hamish Ribarits and Broc Feeney in a thriller to record his third win of the year.

He then backed that up with a lights-to-flag win in race two though by only one-tenth of a second after a late Feeney charge saw him close to the rear bumper of the leader on the final lap.

The stunning performance from the Round 3 winner turned a 13-point title deficit to a solitary one-point margin ahead of tomorrows final race of round four and Sandowns 2019 grand finale.

Despite not having finished better than fourth in the first race of any round so far this year Ojedas stunning drive in race one was perhaps the most spectacular of the season as he withheld attack after attack from Ribarits and Feeney and sometimes both at once.

The trio swapped the lead on more than one occasion in a breathless affair that sets the tone for the run to the title decider.

â€œRace one was a bit harder than race two! Ojeda explained.

â€œChampionship lead as well is pretty exciting but its pretty early and theres tomorrow and Sandown to go but its good to know that were in the fight still.

Hamish Ribarits sits second in the round points after a consistently strong day that has also seen him close to within 35 points of the championship lead ahead of Sundays 60-points paying decider.

Feeney sits third overall this weekend and will look to continue his sweep of round podium finishes continuing tomorrow.

The fourth of the key title contenders had a less successful day Zac Best forced to work his way through the field after a race one off-track excursion dropped him down the order.

The five-time race winner was one of several drivers caught out by fluid on the circuit late in race one forced to pit with an engine intake full of grass.

After finishing 16th Best stormed through the field in the second 8-lap dash passing ten cars on the first lap alone to work his way into contention once again. The MW Motorsport driver ultimately finished a fighting fourth to turn a potentially damaging day for his championship into something more positive. 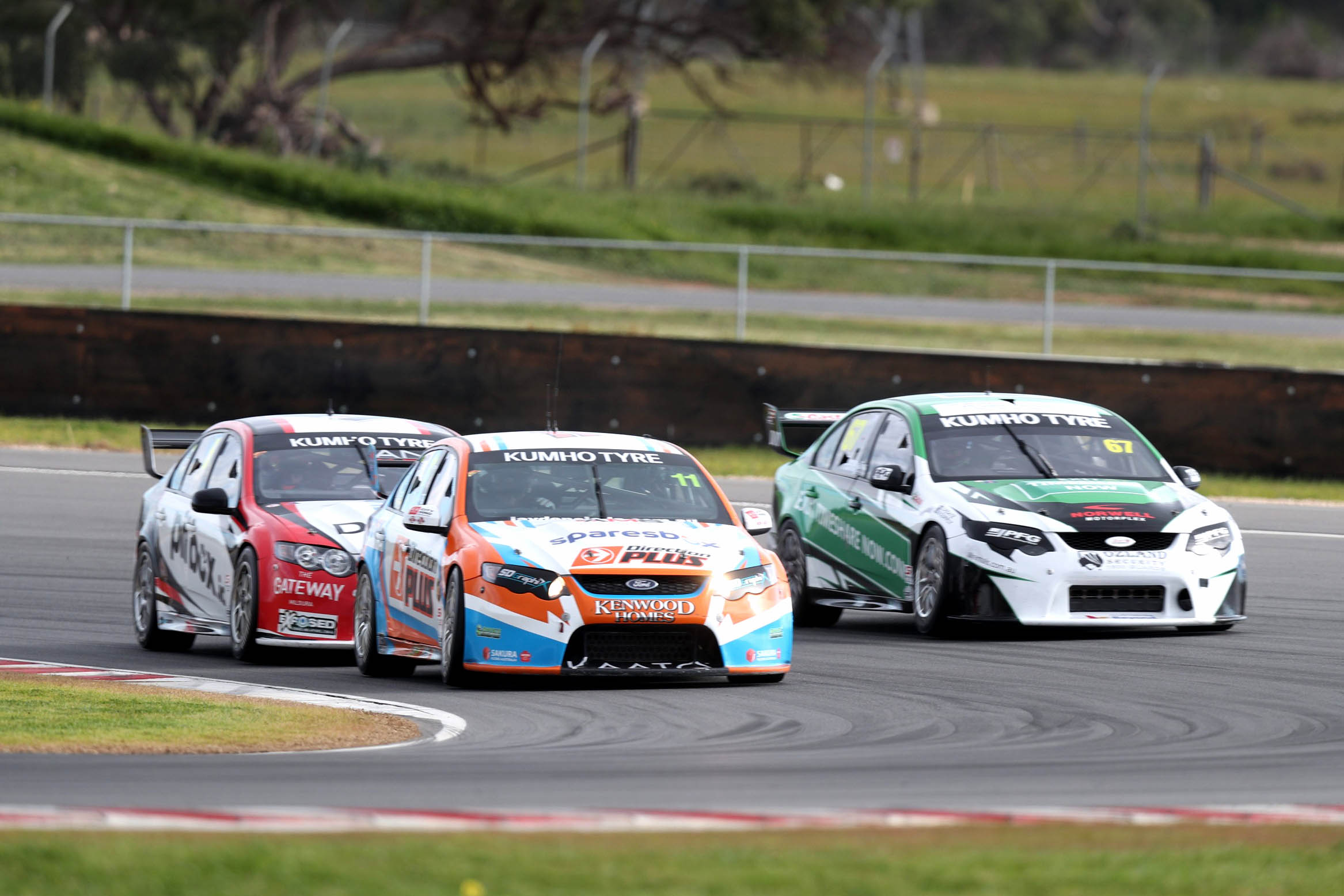 Bests teammate Nick Carroll was another to recover in race two working his way from 13th in the first race to sixth in the second.

While recoveries were the order of the day in the MW Motorsport camp Jon McCorkindales promising start to his weekend in Tailem Bend turned upside down in race two.

After qualifying sixth the privateer finished fourth in race one despite breaking his differential with two laps to go. He then narrowly made the start for the second race after affecting repairs but was out by turn one with broken power steering.

Brad Jones Racings Josh Fife scored finishes of sixth and fifth in the two races to continue his forward progress while local driver Joel Heinrich impressed on his Super 3 debut with finishes of fifth and eighth respectively.

Bradley Neill was again the man to beat in the Kumho Cup race as he continued his streak of strong finishes this season.

He won his class on both occasions today to jump Jim Pollicina and move to the lead in the Kumho Cup standings.

Pollicina endured a challenging day a blown engine ruling him out of race one before rebounding to finish ninth and second in class in the second.

Ojeda and Ribarits will line up on the front row of the grid for the final race of the weekend tomorrow scheduled for 11:50AM local time.

Feeney and Fife make up the second row while Heinrich and Best will go from row three. The race will be shown live on FOX Sports 506 and Kayo Sports.