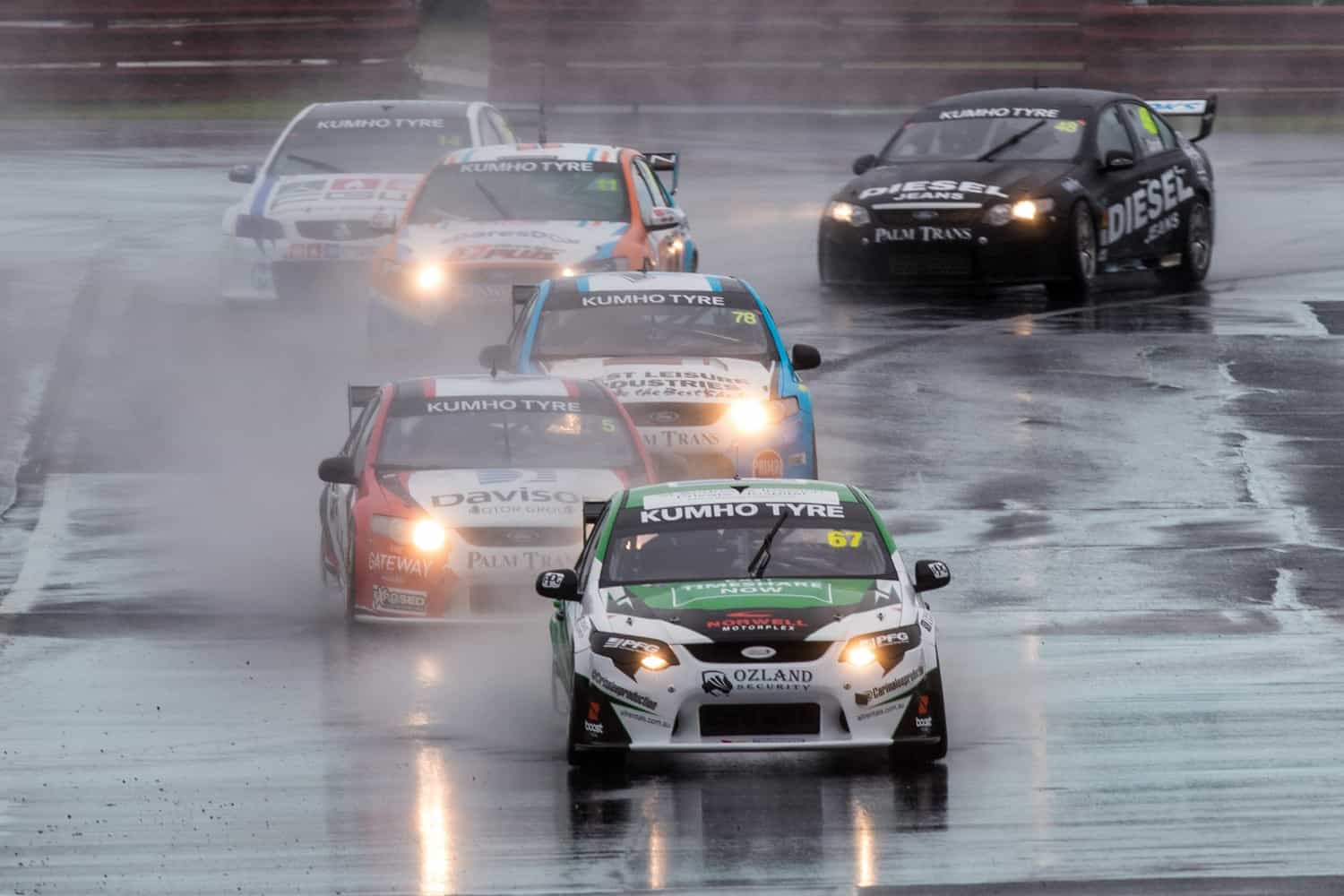 Feeney record finishes of third and second respectively today to edge his margin over Ojeda heading into the finale.

It means that should Ojeda win the Sunday race Feeney can afford to finish as low as fifth to win the title.

With 60 points up for grabs to the winner Ribarits remains in mathematical calculations 56 points behind Feeney.

â€œYeah it was a great day for us. We got pole yesterday which helped us out a bit and its great to head into tomorrow with a 30-point lead in the championship Feeney said.

â€œThe conditions were changing all the time. Its easy to make mistakes in these cars and I was just happy to stay on the track. The crew kept in my ear and made sure I stayed nice and cool and we had a great result in the end.

â€œIm alright Im just going to do the same thing Ive always been doing. Well try and get a good start. Weve got the pace at the moment. Ive got the car and the team behind me. Ill just go out have a clean race and hopefully bring it home.

â€œIm over the moon its probably the longest race Ive ever had Fife said.

â€œIt was quite tricky because it rained during the race and I didnt know where the track limits were I was so relieved when the flag came out.

â€œIt was the goal this year just to have a race win. Its good points for the round win so that will be the next goal tomorrow.

Fife (75 points) leads Ribarits (71) and Feeney (69) in the round standings heading into Sundays longer finale. 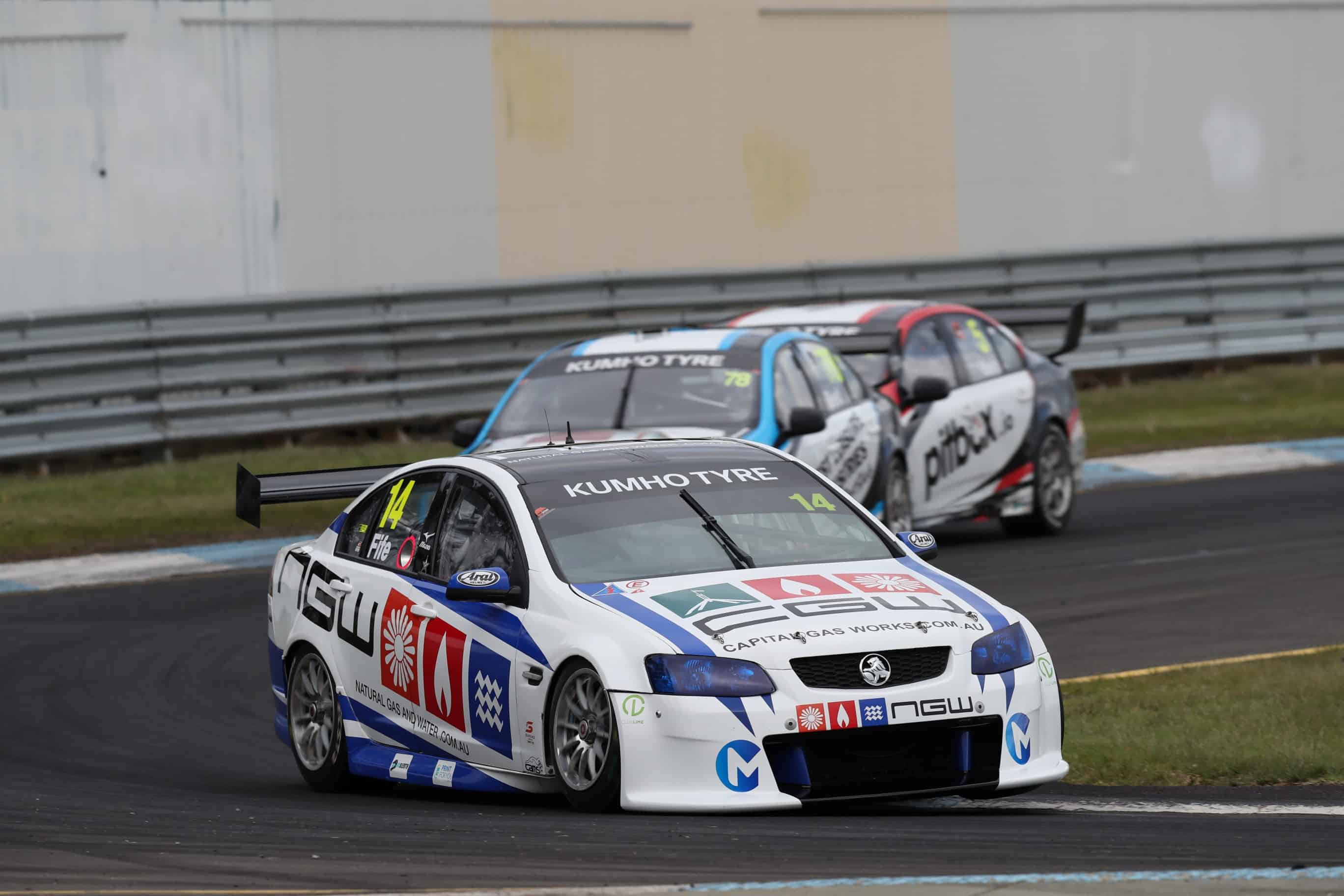 Both of Saturdays races were typically dramatic Super3 affairs with lead changes in both.

Race one started under the Safety Car polesitter Feeney leading the field to the green flag after one slow lap at the beginning.

He led the race until lap four when Ribarits worked his way past en-route to an eventual victory.

Fife was the man on the move working his way from fifth at the start to third by lap three. He then relegated Feeney to third place a lap later and set out in pursuit of Ribarits getting to his rear bumper on what would turn out to be the final lap.

The race was called after seven laps with Ribarits beating Fife and Feeney.

Jayden Ojeda started fourth however early contact at Dandenong Road saw him off the circuit to drop to seventh position. In a shortened race he was able to recover to fifth place two spots behind Feeney.

A dryer second race saw Fife erupt from second position on the grid to an early lead while others battled for traction on a greasy circuit.

Zak Best jumped to second place while Ribarits slipped from pole to third.

While Fife was able to pull away for the lead a four-car battle for the minors saw Ojeda jump from fourth to second on lap six Feeney Ribarits and Best in the thick of the action as well.

Things changed again when a light rain shower swept across Sandown in the closing stages catching out several contenders including leader Fife who ran wide at turn one.

Ojdea also dropped down the field with Fife ultimately winning with Feeney and Ribarits completing the podium Ojeda fourth.

The Kumho Cup battle will also be decided on Sunday.

The final race of the 2019 championship will be held at 3:05pm on Sunday afternoon with coverage live via the Kumho Tyre Super3 Series website and social channels.