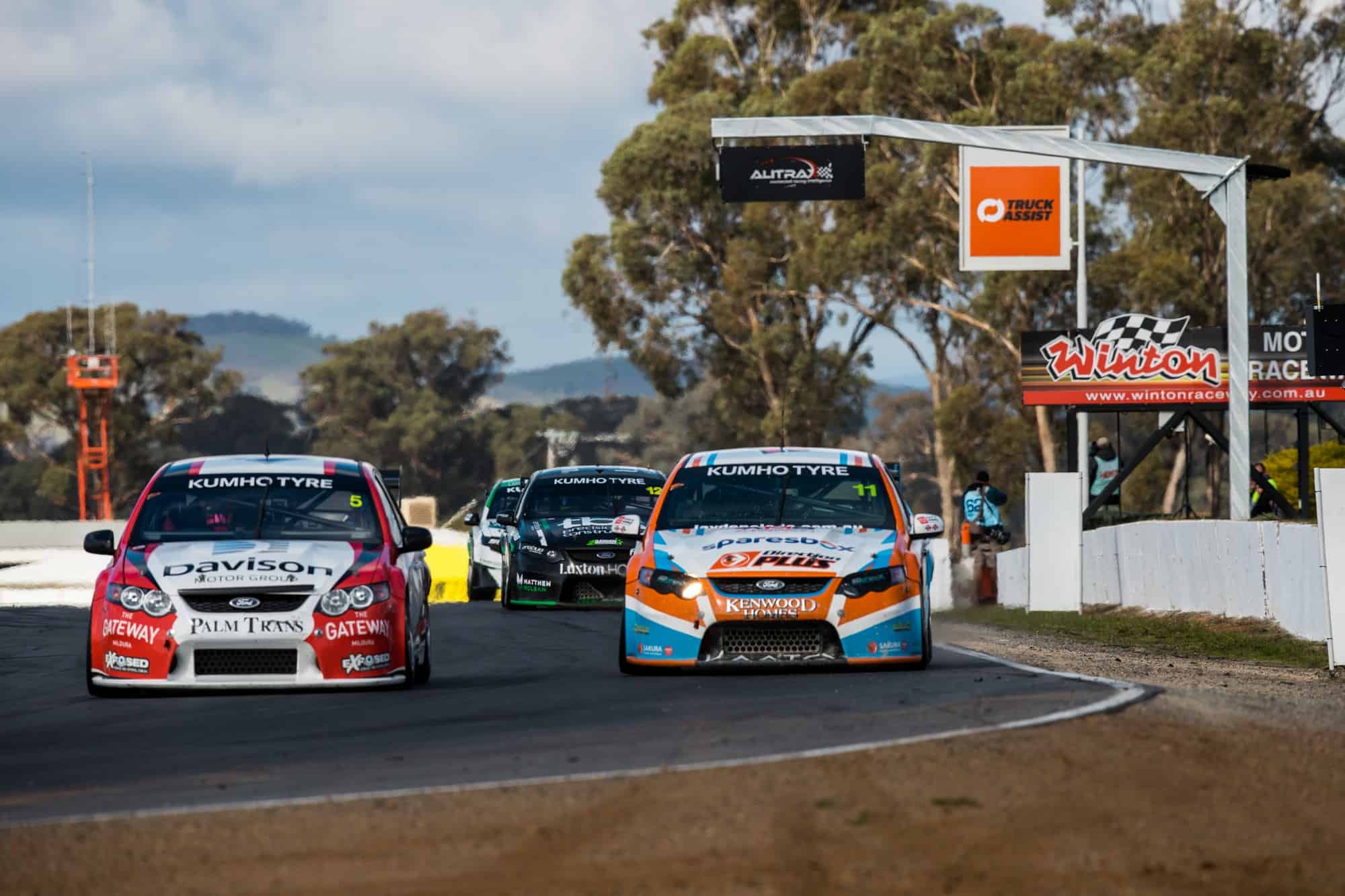 THE KUMHO TYRE Australian V8 Touring Car series will return to its established title and branding for the 2020 season as part of an exciting new change of direction for the category.

Branded as the Super 3 Series V8TC successfully demonstrated the potential of an official third-tier of Supercars racing throughout the 2019 season.

However Supercars has elected not to renew or extend the licensing agreement that allowed the series to utilise the Super 3 brand which necessitates a brand change for the 2020 season.

As a result the series has instead today announced a strategic partnership with the Australian Racing Group (ARG) in association with the ongoing support from Motorsport Australia (CAMS).

The support from ARG will allow V8TC to continue to grow the series own existing brand while continuing to offer sensational racing for all de-registered Supercars up to and including VEII Holden Commodores and FG Ford Falcons.

Kumho Tyre Australia has re-affirmed their commitment to the series and will remain as the title sponsor and control tyre supplier.

There will be no change in V8 Touring Cars stated aims of serving as the ideal place for young drivers to learn their V8 Touring car craft while also remaining accessible to those with cars that wish to compete at a professional level.

The series has confirmed their annual visit to the Truck Assist Winton SuperSprint event will continue next year.

The regional round in country Victoria has been a staple on the calendar since 2014 with the series proud to continue its lengthy association with promoters the Benalla Auto Club into a seventh year.

The new relationship with ARG also opens opportunities to expand the series TV package in 2020 with plans underway to deliver competitors increased exposure when compared to 2019.

Full details of the broadcast package will be released in due course.

The series will also announce a range of competitor awards and prizes that will offer real value and potentially career progression to the winner of the 2020 series.

â€œ2020 will be a year of major change for the category but its one were looking forward to embracing Curkpatrick said.

â€œOur new relationship with ARG comes as they see the value the series and the cross-section of competitors and cars that it represents.

â€œWere working hard to ensure our competitors have a strong broadcast package and opportunities to potentially progress their driving beyond the category should they have a successful season and wish to move onwards.

â€œOur long-term relationship with the Benalla Auto Club ensures we are back at Winton for our annual visit to their Supercars round. That event has grown to become one of the best regional events on the calendar and it is a key part of our calendar.

â€œThe V8 Touring Cars brand is strong and well continue to build on our more than a decade of history that started in 2008 and will evolve further in 2020.”