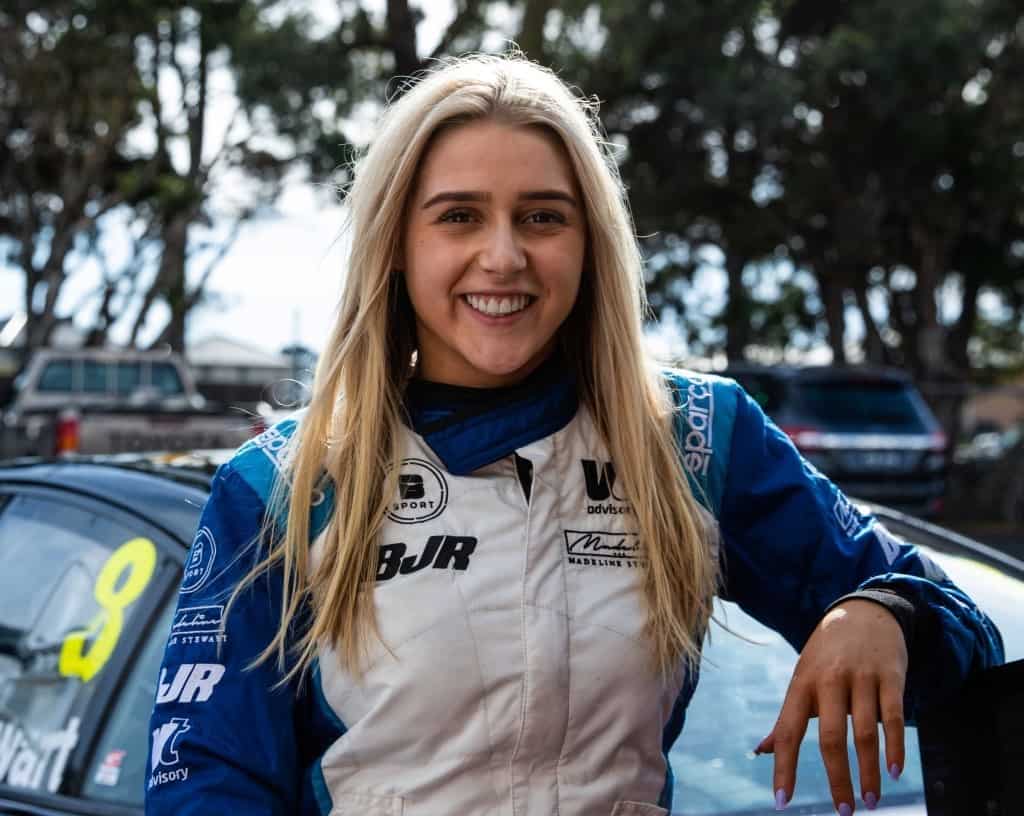 Born in Wellington New Zealand the 19-year-old now calls the Gold Coast home and is excited to be furthering her skills learnt during her debut season. Stewart showed considerable promise with a best race result of 8th and finishing off the year 14th in the Championship.Â

Madeline a third-generation racer and another rising star from the karting ranks will compete against a solid mix of fresh faces and series regulars all vying for the V8 Touring Car title and BJR is excited to see what our talented young driver can do in 2020.Â Â

â€œIm really excited to be racing V8 Touring Cars next year with BJR again Stewart said. â€œWe had a great 2019 season gaining so much experience and new skills. BJR were a fantastic support in the transition from karts to Super3 and Im really looking forward to another year with them.Â

â€œBoth Brad and Macauley have played a huge part in making my season a success and Im grateful to have them as mentors for another year. Im feeling much more prepared heading into my second season and excited to put into action all Ive acquired moving forward to get some good results.

The five round season kicks off at Sydney Motorsport Park in March and will feature at two Supercar rounds Winton and Tailem Bend later in the year. The series winner will be crowned at Tailem Bend in front of the Supercar audience in September. In another exciting development the drivers will be competing for a prize pool of $125000 – the most comprehensive ever offered in the 11-year history of the category.Â

Madelines dedicated work ethic is a standout attribute that team owner Brad Jones appreciates â€œAs Maddie heads into her second year of V8 Touring Cars its a great opportunity for her to capitalise on all the knowledge shes gained in her first season Jones said.

â€œOur sole focus in 2020 is to help Maddie be the very best that she can be and if we can assist her to do that then well be at the pointy end of the field.

Taking part in BJRs evaluation day this week and again highlighting her talent Madeline is set to complete aÂ further test dayÂ before the V8 Touring Cars Series gets underway. Stay tuned in the coming year for a further announcement showcasing Madelines livery for the season ahead.